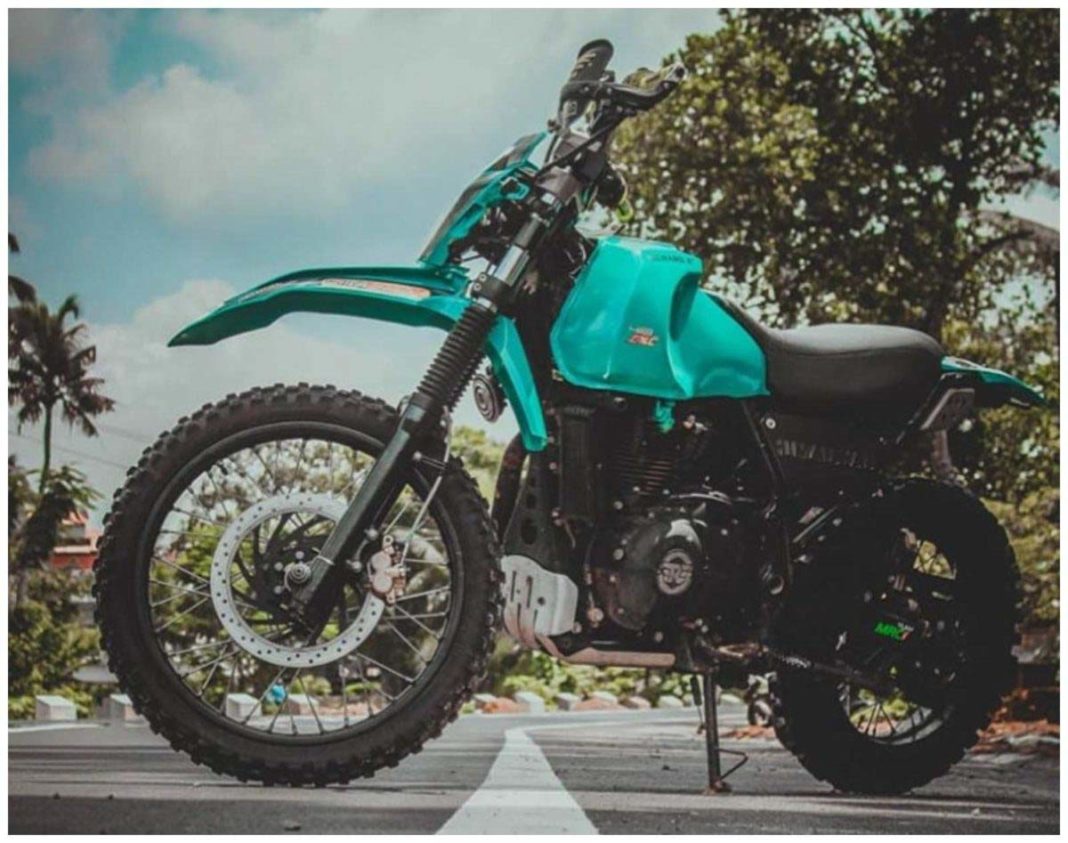 This Royal Enfield Himalayan modified by team MRCE for an upcoming rally event in Mangalore has definitely caught our attention. Team MRCE from Kerala has modified almost all the parts of the motorcycle in order to enhance the off-roading experience of the rider.

To begin with, the rally-prepped RE Himalayan is called 410exe and it gets a completely new set of high trade off-road tyres wrapped around the stock spoke rims. These new set of tyres will definitely help improve the handling of the motorcycle over the rough unforgiving terrains.

Besides the new set of tyres team, MRCE has also replaced the stock headlamp assembly of the Himalayan with a new headlamp assembly which looks compact and lighter than the original unit and promises to provide better illumination at night. Besides the headlamp, the custom Himalayan also gets a LED side-turn indicator which is comparatively smaller than the stock side turn indicators. 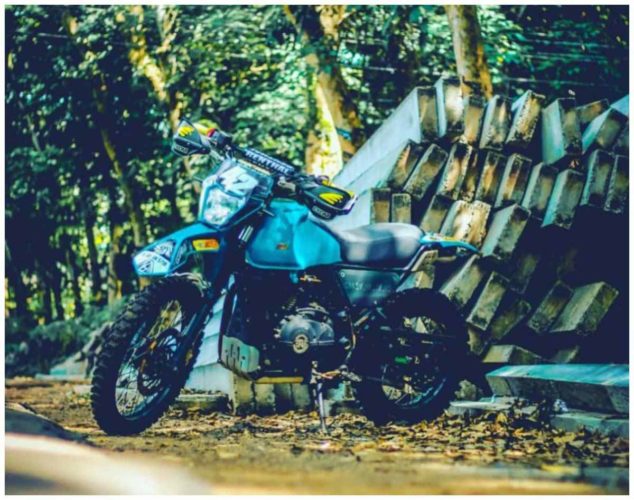 Team MRCE has also removed the entire taillamp assembly of the motorcycle to provide a rugged appearance to the motorcycle. The custom Himalayan also gets a handguard and a completely different raised front fender as well.

The modified Himalayan also gets a different rider seat which replaced the stock split seat of the Himalayan. The pillion seat, on the other hand, has been removed completely and the rear fender has also been cut short to add a sporty appearance to the motorcycle. The custom Himalayan also has been fitted with an Akrapovic exhaust system that replaced the stock exhaust system. 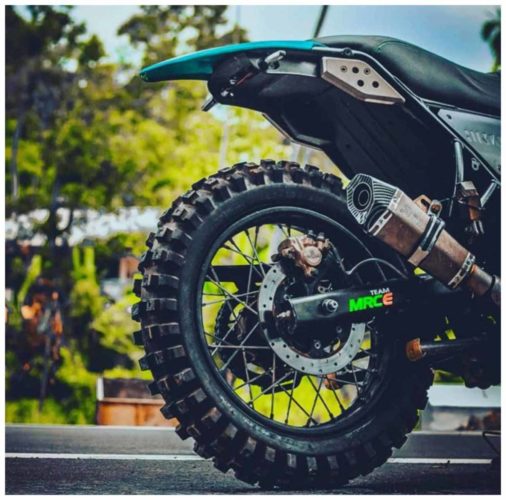 However, the custom Himalayan still retains the stock conventional swingarm, bash plate (to protect the engine), frame, engine, and gearbox. With all the above-mentioned changes there is no doubt that this modified Himalayan surely looks purposeful and rugged at the same time.

There are no details about the custom Himalayan engine available which means that it is still powered by the same 411cc, single cylinder, air, and oil cooled fuel injected motor. This unit produces about 24.5 hp of peak power and 32 Nm of peak torque. The engine is paired with a 6-speed gearbox.