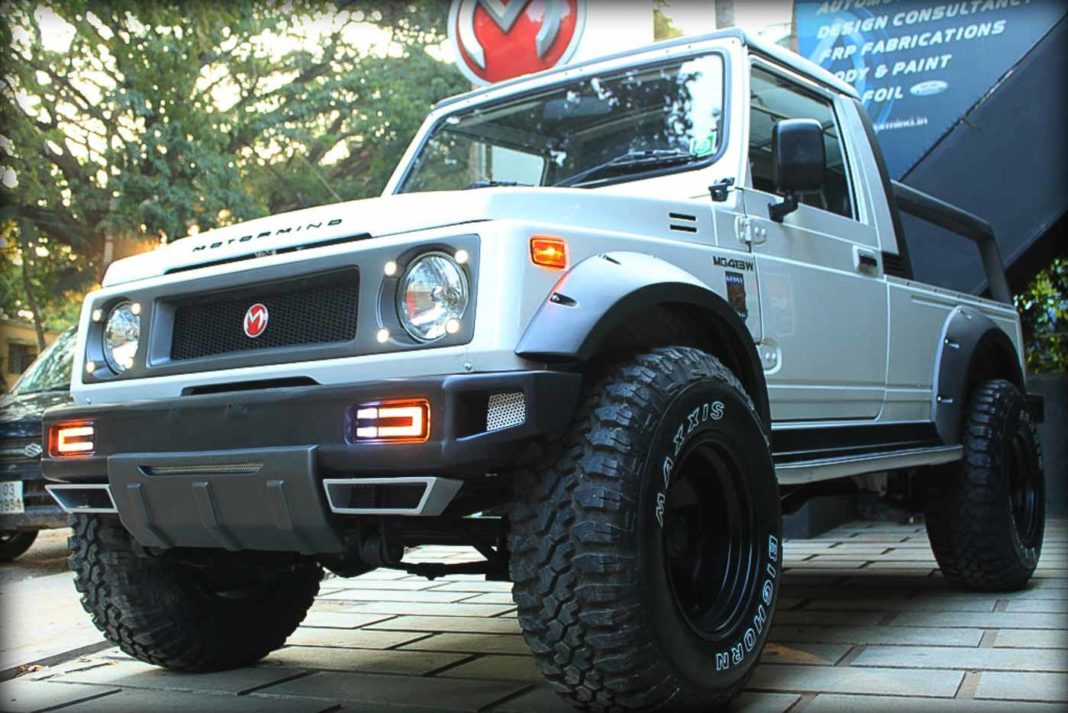 Motormind Automotive Designs, a Bangalore-based mod-shop, has come up with a tastefully modified Maruti Gyspy that looks robust and very macho

Maruti Gypsy has been one of the most iconic vehicles to have ever been sold in the country. While the SUV is no longer in production, it continues to enjoy a great fan-following. Many owners have even given their Gypsys a unique look through some modifications, which means that the SUV is a pretty popular model in the customization sector. Today, we have one such Maruti Gypsy that has been modified by Bangalore-based Motormind Automotive Designs, a popular car modifier.

The extremely skillful folks at Motormind have given the Gypsy a unique look through the several updates it carries. The customizers have christened this modified Maruti Gypsy as ‘Shudder’. The front-end of the SUV features a new grille that is flanked by a set of four daytime running lights on each headlamp. Speaking of the lights, even the roof features two LED lights housed inside the canopy.

Also, the bumper on this modified is sleeker than the one on the stock model. Also, the SUV features U-shaped LED turn indicators, while the front bumper features some styling bits on the sides. The Gypsy also carries a bash plate that further enhances the rugged look. While this Gypsy is based on the soft-top variant, the roof has been replaced by a canopy with a small rear glass window. 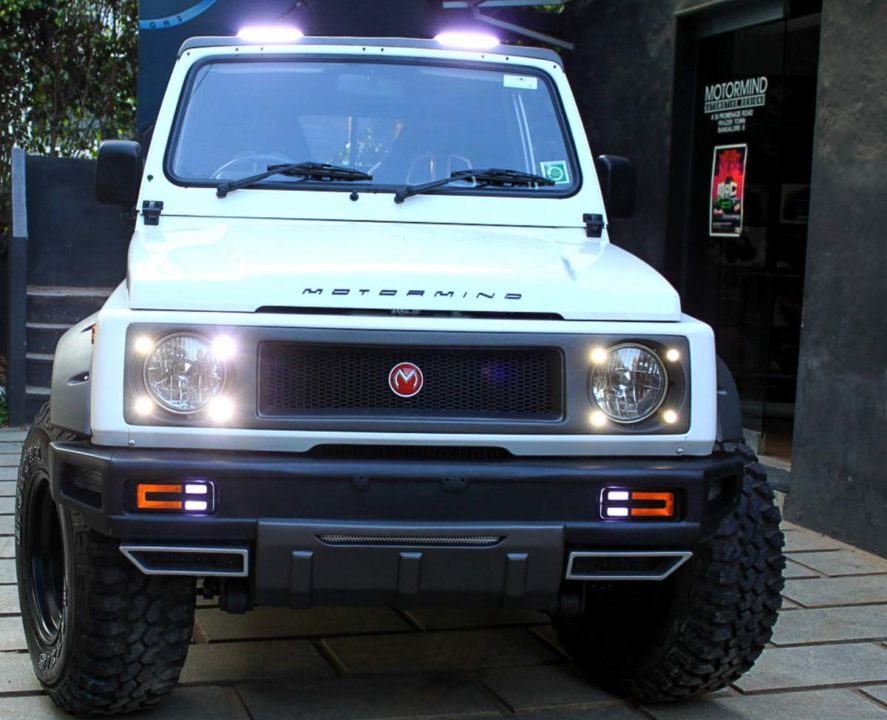 The side-facing rear benches have been removed as Motormind Automotive Designs has decided to offer a huge loading bay to make this Gypsy a strict two-seater. The side profile of the SUV carries flared wheel arches, aftermarket foot steps and new wheels shod with meatier rubber.

The rear-end gets a bash plate, a huge spare wheel on the boot gate. Speaking of the tires, this Gypsy feature Maxxis Bighorn tyres that improve the off-road capability of the vehicle.Inside, this modified Maruti Gypsy comes with sport bucket seats with GT-R evolution branding. 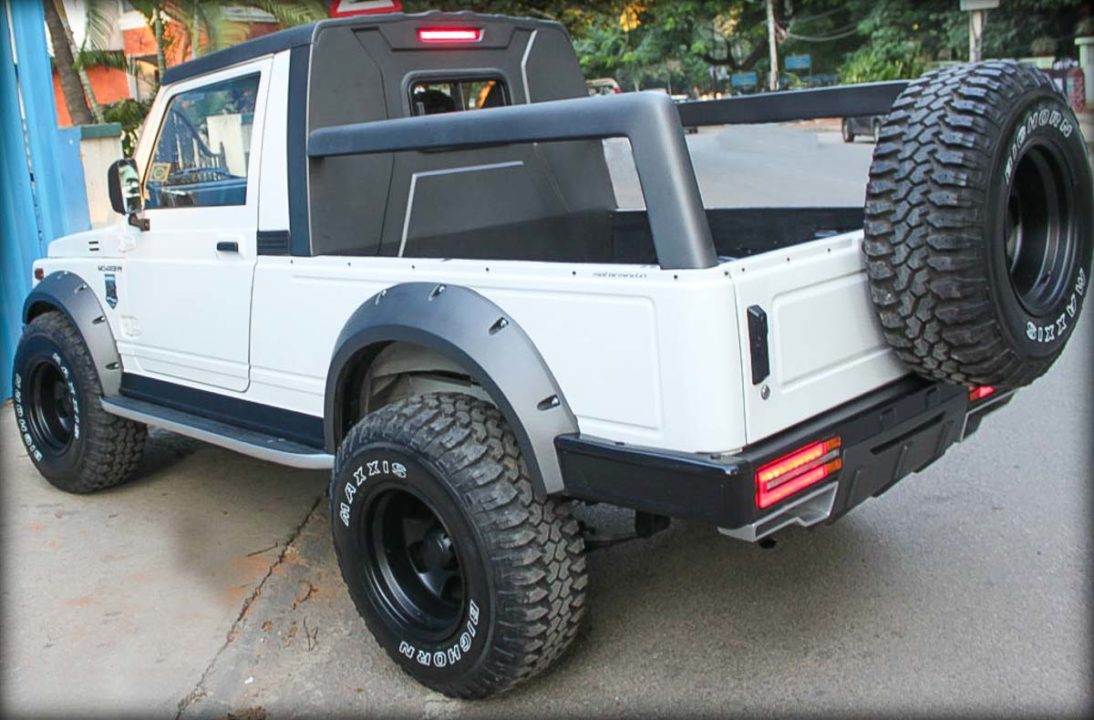 Mechanically, things stay unchanged as this Gypsy is powered by the same G-series 1298cc, four-cylinder, petrol engine that powered the stock model. The naturally-aspirated unit outputs a maximum power of 80 HP and a peak torque of 103 Nm. The motor comes mated to a 5-speed manual transmission along with low and high transfer case.