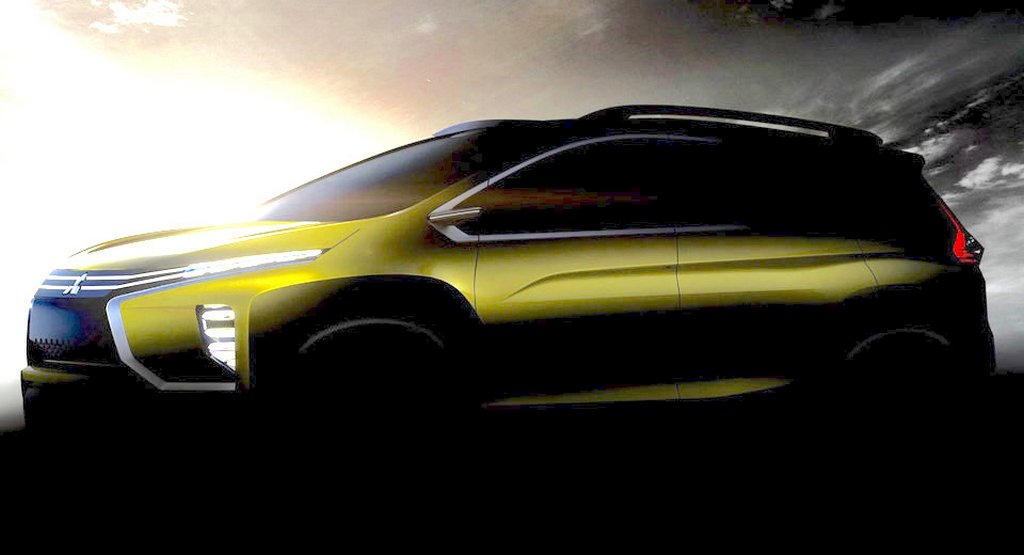 Mitsubishi MPV Crossover Concept is claimed to have enough interior room while accommodating seven people; no powertrain details revealed yet

Mitsubishi has released a new concept crossover which is slated to debut at the 2016 Indonesian Auto Show. Said as the “small crossover MPV” it looks pretty much similar to the eX concept introduced in Tokyo last year. The concepts are so much identical that they wear the same yellow paint colour scheme. The auto show will be held between August 11 and 21 at the Indonesian Convention Exhibition near Jakarta.

Despite having many similarities, the differences between the two concepts can be clearly seen as well. Bound for the Indonesian market, the small crossover concept comes adorned with redesigned wheel arches, prominent roof rails alongside the tail lamp cluster than extend up the pillar in an uppish angle. The side cameras are given in place of the traditional wing mirrors that have been repositioned.

As the image reveals only the side profile and the rear fascia, it can be said that the new crossover concept may get proportionally longer than the eX concept. The MPV concept signals towards a complete assault of the Japanese manufacturer in the highly popular segment of late.

It could compete against the likes of Honda BR-V and the forthcoming Datsun GO-Cross in Asian markets, which mean that it is more likely to suit for Indian customers by upsetting compact SUV space currently led by Hyundai Creta.

Despite being a small crossover, Mitsubishi says the cabin space will be ample for accommodating as many as seven individuals. The company, which struggles in India, has not announced any details regarding the powertrain. However, it could get an all-wheel drive setup, just as last year’s concept, while the possibilities of a hybrid engine cannot be snubbed off the equation.

The wide bodystyle and sufficient cabin room are all that expected of a MPV in an affordable price range from this utilitarian. It could be the game changer the brand looks for following Nissan’s acquisition of 34 per cent controlling stakes in May.