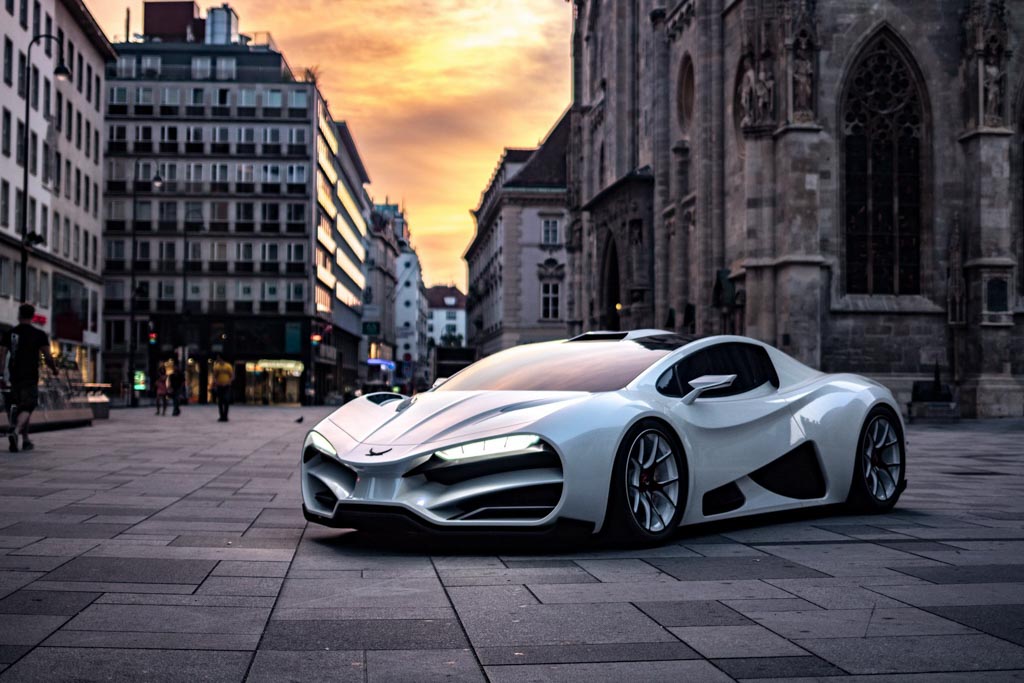 Austrian car maker, Milan has decided to take on the big boys Bugatti and Koenigsegg with its new car, Milan Red. The name doesn’t refer to a pint colour but a falcon according to the company. After being unveiled in July, the car was seen in Austria’s capital, Vienna, at St Stephen’s Cathedral for a photo shoot and the images are stunning.

The car will be limited to 99 units and will compete in the world of Bugatti and Koenigsegg with a 6.2-litre quad-turbo V8 engine, which produces 1,325 PS power and a peak torque of 1,400 Nm. This powertrain is connected to a dual-clutch seven-speed automatic gearbox which channels output to the real axle.

In terms of straight line performance, the Milan Red is almost on the same level as the Bugatti Chiron. The hypercar can do 0-100 kmph in 2.47 seconds. The Chiron does the same in 2.4 seconds. The Milan Red does 0-200 kmph in 5.46 seconds and the top speed is claimed to be above 400 kmph, making it faster than a current F1 car.

For a car that costs 2 million Euro or nearly 16 crores, topping the speed of a current generation F1 race car is almost a necessity. Cars from Ferrari and McLaren boast about using the same technology as used in their F1 cars, Milan leaves them behind. The car uses a carbon fibre suspension arm and titanium hub carriers which are laser-tinted. 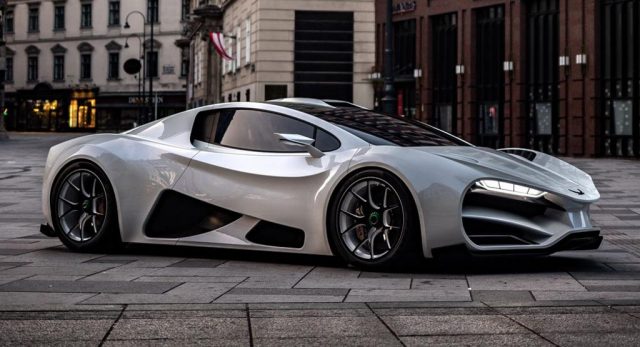 The Milan Red uses a pull road design suspension and has a third spring system which ensures that the car does not get too close to the ground at high speeds, courtesy its highly efficient aerodynamic downforce.

To stop a car which can go above 400 kmph, one needs great brakes and the Brembo carbon ceramic brakes with 390 mm rotors and a six piston caliper in the front and 360 mm rotors with four piston calipers in the rear assisted with a rear wing. The company claims that it has 18 orders already of the 99 cars it plans to manufacture.