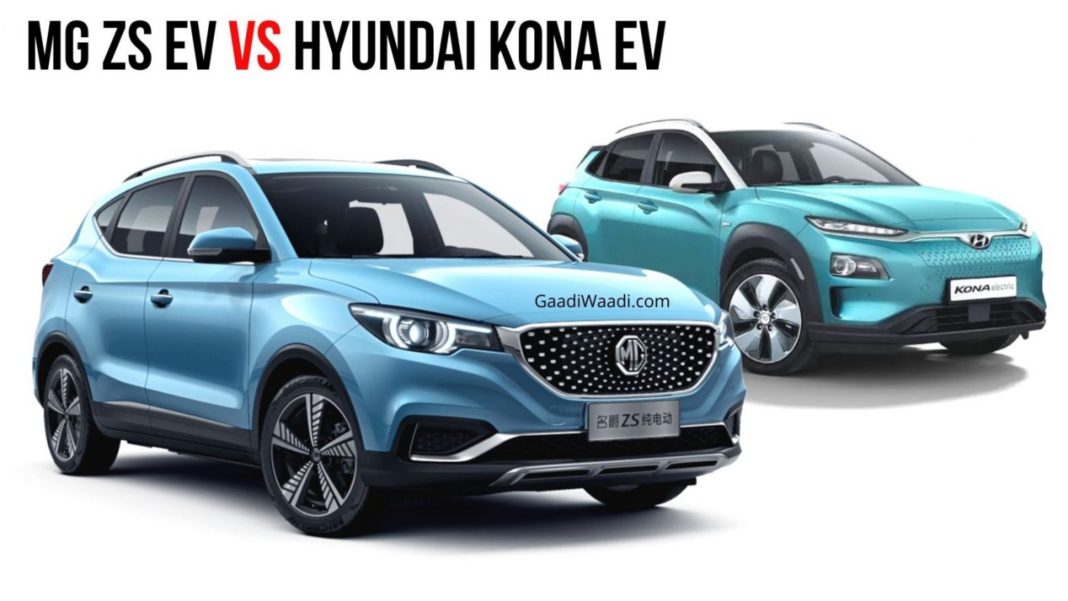 MG has just revealed the ZS EV in India which is set to be launched next month, and will directly rival the Hyundai Kona Electric upon launch

MG Motor India has had a good start to its innings in the Indian market with the manufacturer’s first offering here, the Hector. Now, MG has revealed its second vehicle for India, which is the fully-electric version of the ZS SUV. The car is already listed on sale in foreign markets, but we will have to wait till next month for MG to launch the ZS EV here.

Upon launch, the MG ZS EV will directly put up against Hyundai’s Kona Electric SUV. Which one would emerge as the winner of the battle of these two EVs? Let’s compare the two to find out. 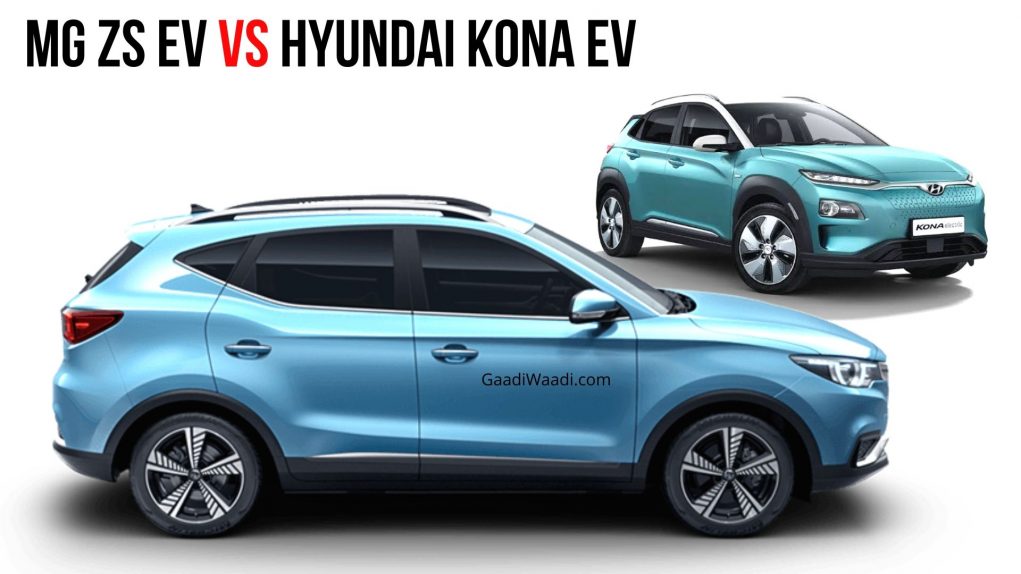 MG will equip the Indian-spec ZS EV with a 44.5 kWh battery that can be charged upto 80% in approximately 40 minutes with a 50 kW DC fast charger. However, a 7.4 kW charger will take up to 7 hours to fully charge the ZS EV’s battery. On a full charge, the ZS EV can be driven upto 340 km (ARAI certified).

Hyundai offers the Kona Electric in India with a 39.2 kWh battery which takes around 57 minutes to be charged upto 80% via a DC charger. On the other hand, a 7.2 kW regular AC charger will take 7 hours 10 minutes to fully charge the Kona Electric’s battery, and give it a driving range of 452 km (ARAI claimed). 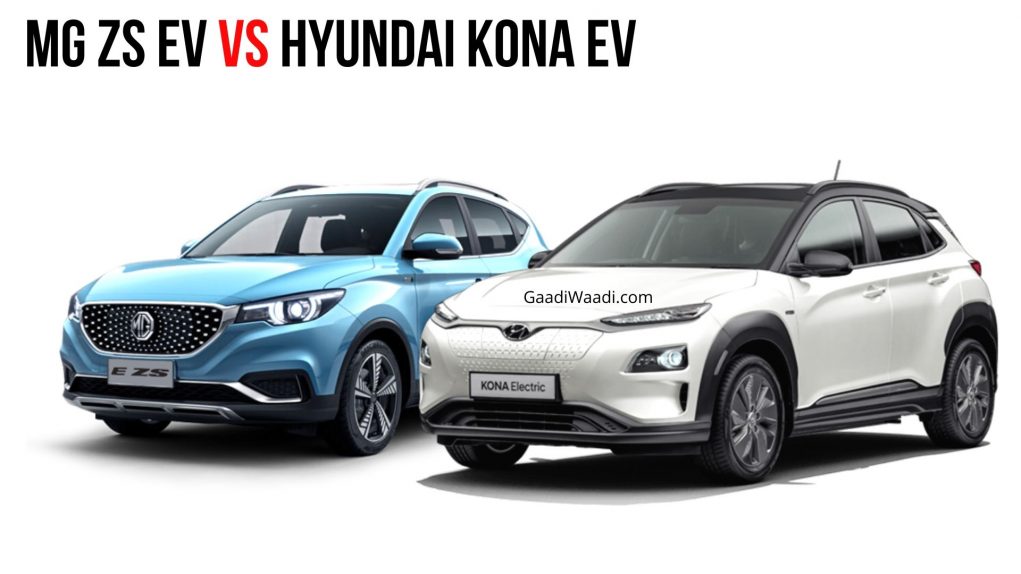 The MG ZS EV gets a Permanent-magnet Synchronous Motor which drives its front wheels via a single-speed auto gearbox, just like the Hyundai Kona Electric. With the peak power rated at 143 hp, and a 353 Nm peak torque, MG claims the ZS EV can sprint from 0 to 100 kmph in just 8.5 seconds.

On the other hand, the Kona Electric puts out 136 hp power and 395 Nm torque, and Hyundai claims it takes 9.7 seconds to reach the speed of 100 kmph from standstill. 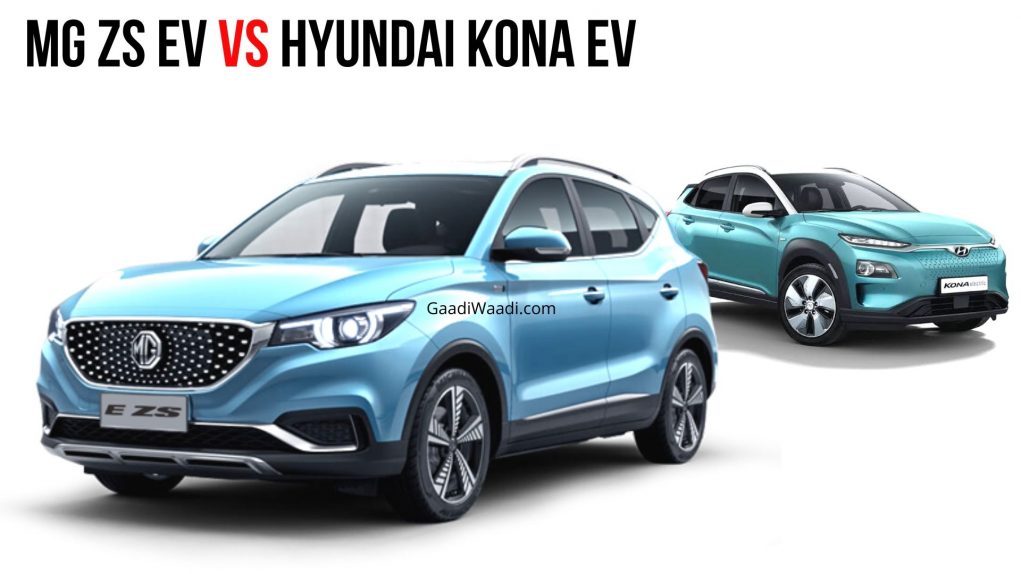 MG claims that the ZS EV will be India’s first pure electric internet SUV upon its launch, which means that it will come equipped with the iSmart 2 connected-car tech with an eSIM which can receive OTA updates. Other features on the ZS EV include an 8-inch touchscreen infotainment system with Apple CarPlay and Android Auto compatibility, a panoramic sunroof and a 6-way power-adjustable driver’s seat.

Hyundai has packed the Kona Electric with features like ventilated and heated front seats, with a 10-way electric adjustment for the driver, electric sunroof, wireless charger, 7-inch infotainment screen with Apple CarPlay and Android Auto connectivity and a similarly-sized digital MID. 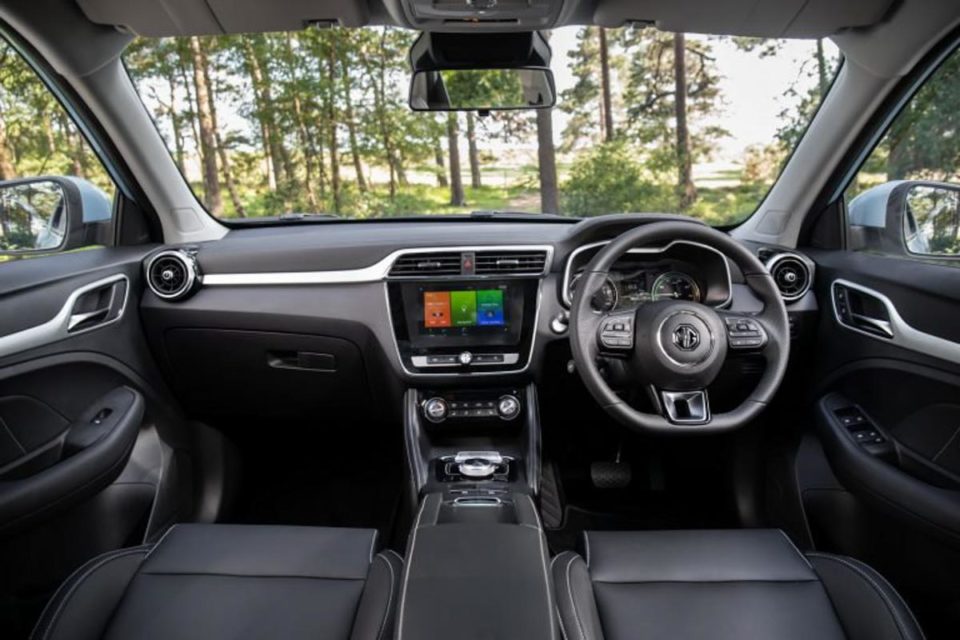