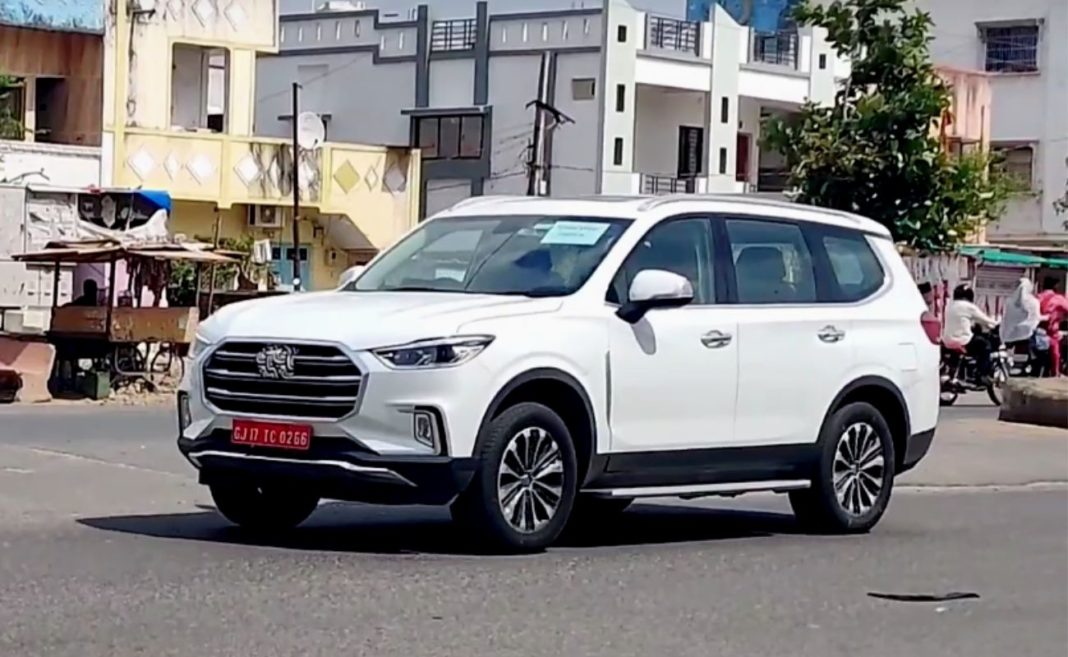 In the coming weeks, MG Motor India will launch its third all-new product in our market in the form of the MG Hector Plus. As the name suggests, the new model will be based on the Hector. It will offer more seats and some additional features, along with some minor cosmetic updates. However, the company’s new car onslaught isn’t going to stop here. MG Motor India also plans to bring in the Maxus D90 SUV here. However, in India, the Chinese SUV will be called MG Gloster.

The all-new SUV is likely to cost slightly more than established products like the Toyota Fortuner and the Ford Endeavour. However, its unique selling point will be its big dimensions along with a more comprehensive facelift, which will help the company project its new product as a better value proposition than the rivals.

Ahead of the official launch, the MG Gloster was recently spotted being tested on our country’s public roads. While the test mule didn’t carry any sort of camouflage, its logos and badges were concealed. As can be seen in the video, the MG Gloster has a massive street presence owing to its butch styling and great dimensions. In fact, to put things in perspective, the Gloster is even longer than the Toyota Land Cruiser LC200.

The MG Gloster will offer seven seats and is expected to go on sale at a starting price of Rs 45 lakh. At this price point, it won’t have any direct rival and hence, the new model could go on to create a segment of its own. The SUV will offer many features, including a huge panoramic sunroof, LED adaptive headlamps, 12.3-inch touchscreen infotainment unit with connected features technology, gesture-controlled tailgate and a three-zone climate control system.

In fact, the MG Gloster showcased at Auto Expo 2020 even had electrically-controlled rear doors, which is a pretty unique feature, especially for a car in the price segment in which the upcoming SUV will be sold in. The new model is based on a ladder-frame and gets its power from a 2.0-litre twin-turbocharged diesel engine that will go on to generate a maximum power of 220 PS and a peak torque of 480 Nm.