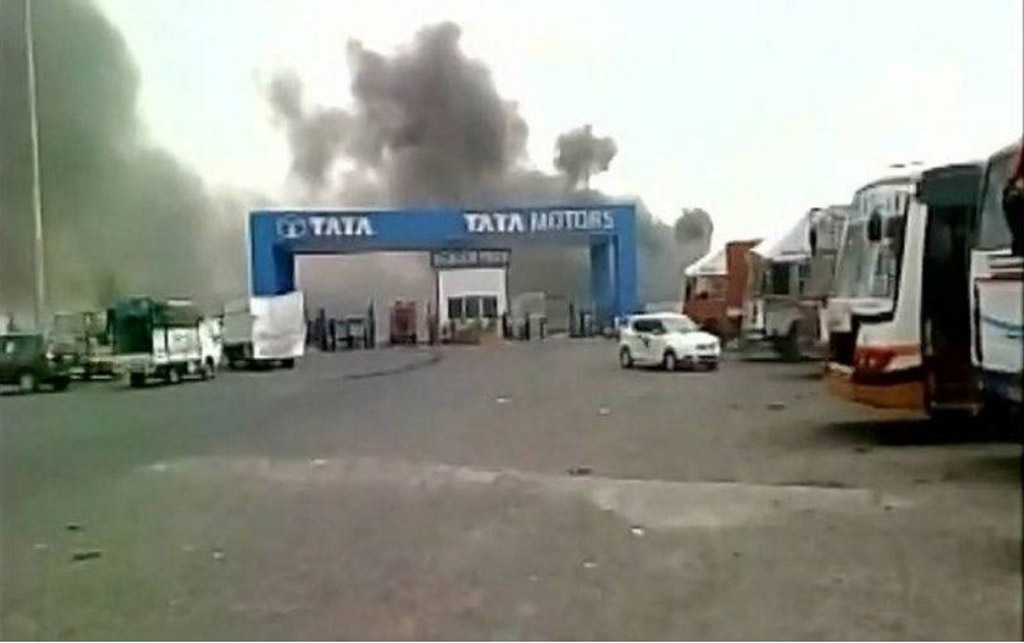 Fire broke out at the vendor park of Tata Motors’ Sanand manufacturing plant in Gujarat this afternoon, which led to a two days production halt in the plant. The plant is where the Tata Motors’ revolutionary small hatchback Tata Nano is being produced. The fire broke out around 2.30 pm, and at least 12 fire engines rushed to the spot to douse the flame.

The reason behind the fire is unknown yet, and there are no reports of casualties now. Tata Motors’ Sanand plant was built completely in 2010, and this was the plant from where the cheapest car of the world Tata Nano rolled out. The reports say that the fire broke out at the vendor park at M/S Supreme Treves, which supplies the interior trim parts for the Tata Nano. Later the auto manufacturer also informed there was no casualty during the fire.

Due to the fire the production has been halted for two days. Although the Sanand plant initially started producing Tata Nano, but later the plant also started manufacturing the Tata Motors’ latest hatchback Tiago, which was showcased at the 2016 New Delhi Auto Expo earlier this year, and later the company will also produce the Tata Tiago based sub 4 meter compact sedan which is codenamed as Kite 5 in the same plant.

Earlier a few days ago, fire broke out at Subros India plant at Manesar, which supplies air conditioning system to India’s largest auto manufacturer Maruti Suzuki. Because of that the Indo Japanese automaker had to halt the production for one and half day, which led to a loss of 10000 units.