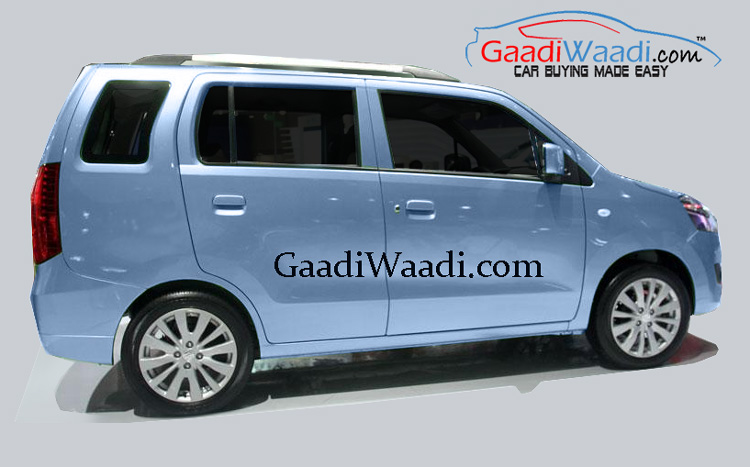 Maruti YJC, likely the compact 7-seater based on WagonR will come to the market next September, to get Diesel and Petrol engine

MPV are the hottest things today. While Japanese manufacturers don’t build old school ladder on frame, 5 storey sized one’s they know how to clever package stuff in their trusty hatchback itself and deliver more practicality with efficiency. After launching the blockbuster Maruti Ertiga in the country, the company has decided to make their MPV/SUV/Crossover plans on the fast track.

So after the Ertiga, came the S-Cross and the next turn is for the Maruti YJC. Spotted on test long time back as initial prototype, sources now say that the car is ready to be built and for road testing.

The testing in true Maruti style will be done for 1 years or so and it will ready for launch by September next year. Sources confirm with us that the vendors have been given the list to make parts for the YJC. One of the many things includes a plastic fuel tank that will be a part of the YJC. Quality testing of other parts is on its way and the other parts will be used for this will be out soon as well.

Likely to be placed below the Ertiga, the Maruti YJC will fight against directly the Datsun Go+. There were rumors suggesting that it will be made on the Celerio but it seems like Maruti is going with the WagonR as it already has a tall boy design. Engine wise, this could get everything what Maruti has. Likely AMT gearbox, the 1.3 diesel engine along with the tried and tested 3-cylinder petrol engine can make it in the engine bay of this vehicle. 1.2 K-series petrol is also a probability.