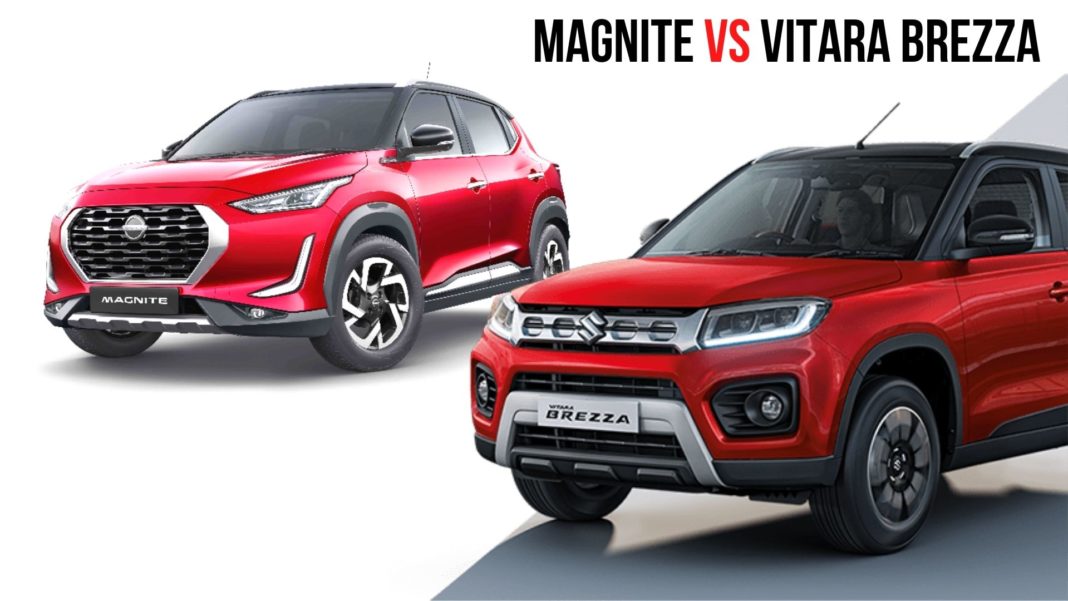 The sub-4-metre SUV segment is the most exciting space in the Indian car market currently. Buyers have been steadily migrating from other segments to this one, and carmakers are busy adding new options here. Maruti Vitara Brezza is one of the most popular models in this segment, and Nissan Magnite also enjoys a fairly strong demand from buyers.

If you wish to know whether Maruti Vitara Brezza still holds up against the aggressively priced Nissan Magnite, then read ahead!

There’s just one engine option available on Maruti Vitara Brezza – a 1.5-litre NA petrol mill. There are two transmission choices on offer here, consisting of a 5-speed manual gearbox and a 5-speed AMT. 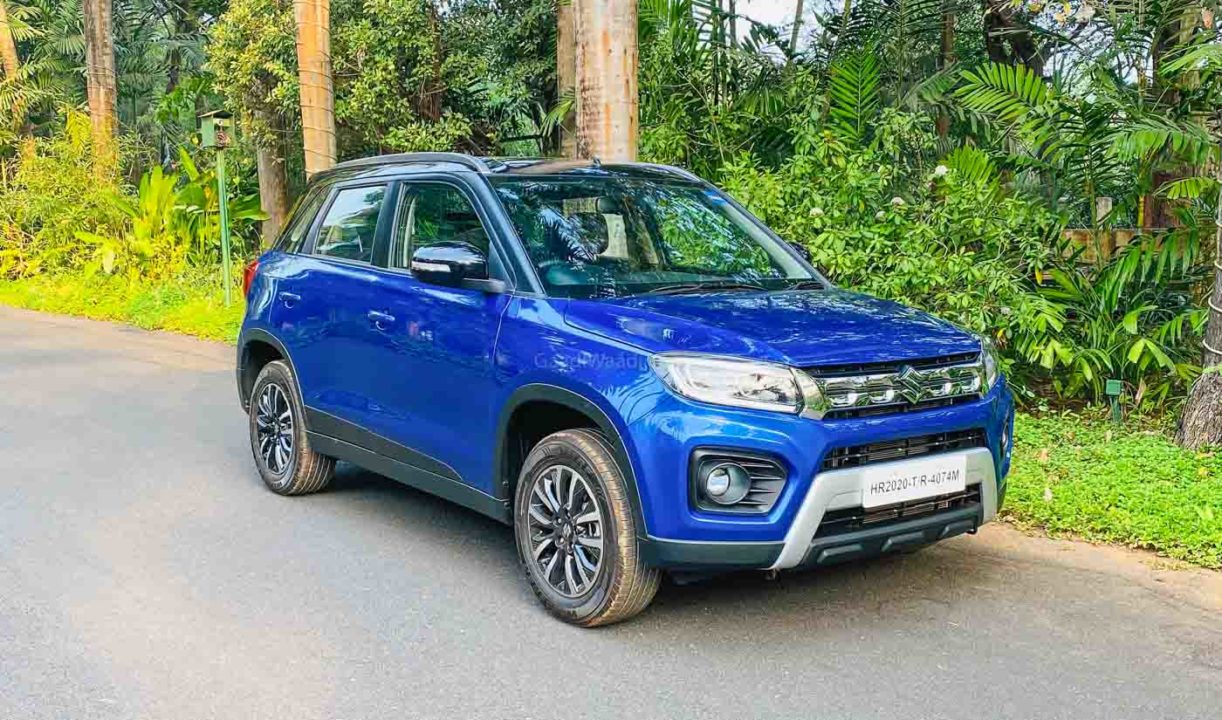 There are two engine options available on Nissan Magnite – a 1.0-litre turbo-petrol unit and a 1.0L NA petrol unit. A 5-speed manual transmission comes standard on the vehicle. There’s an automatic transmission option available – a CVT – but only with the turbocharged engine. 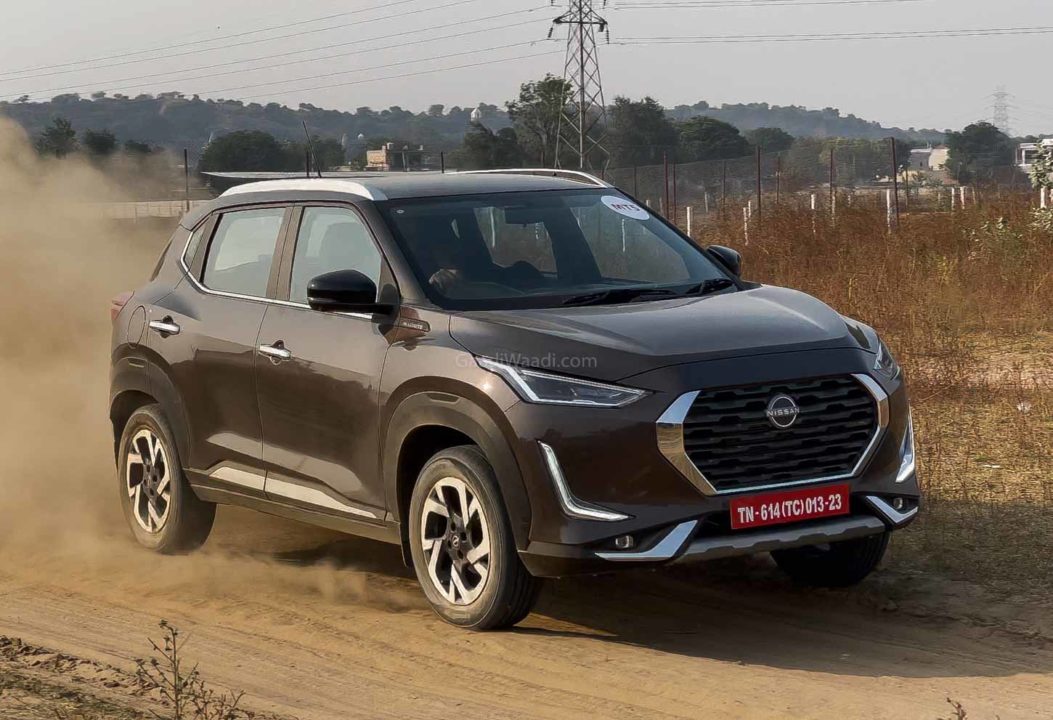 Maruti’s compact SUV is quite expensive compared to its Nissan rival, with significantly higher prices for its base and top variants. However, the little Nissan crossover has a much wider price range, and it is better equipped as well. 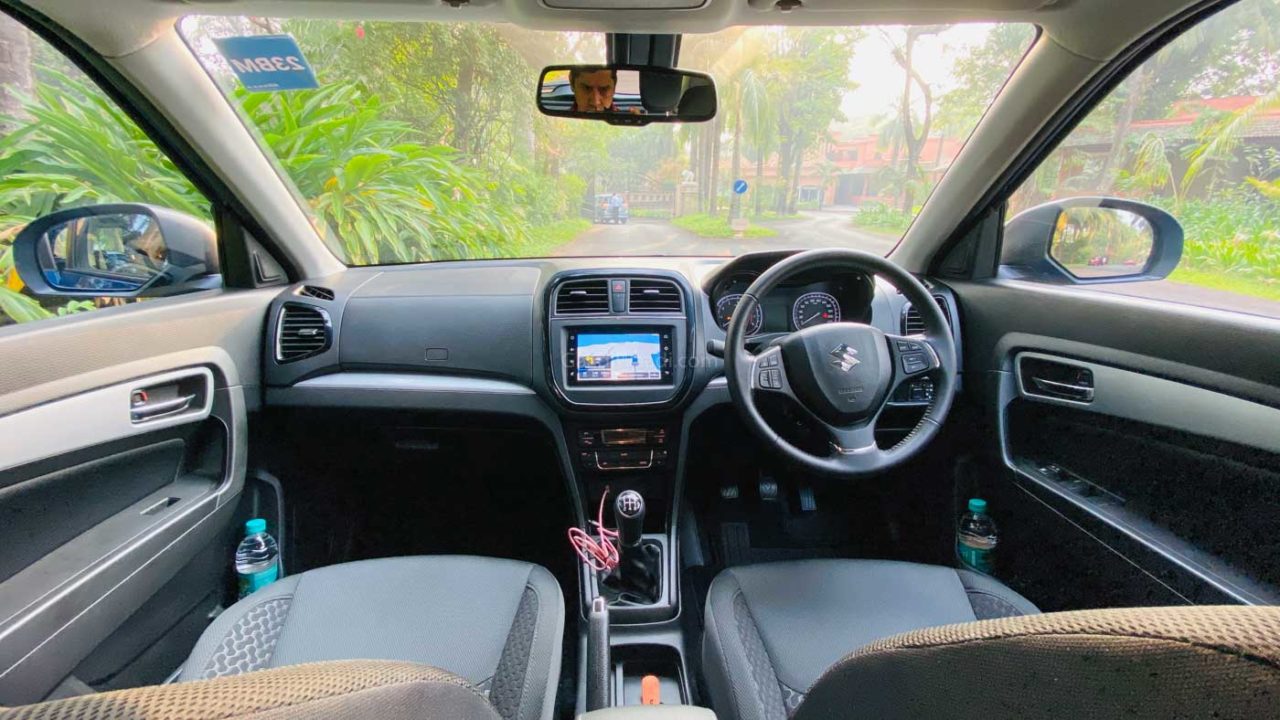 In terms of cabin space, Maruti Vitara Brezza takes the lead by a small margin. However, both vehicles have decent interior room for four people. In terms of safety, they are fairly good, with a 4-star adult safety rating for both SUVs (as per Global NCAP crash testing).

Overall, Nissan Magnite is a better value for money compared to Maruti Vitara Brezza. Also, the former has a smoother CVT option available, while the latter gets a relatively jerky AMT.