The jointly developed mid-size SUV will likely be launched in early 2022 and it could sit above India-spec Jimny at Nexa dealerships; could be based on Raize’s platform

Toyota and Suzuki’s flourishing partnership dates back to early 2017 when both the Japanese companies signed a Memorandum of Understanding. The synergy takes advantage of each other’s strengths in various field as Suzuki’s Indian arm, MSIL has high-level local manufacturing expertise and Toyota has been a global leader in hybrid and eco-friendly technologies.

Moreover, depending on the market, they will help each other for expanding their individual footprints. As part of their association, the Toyota Glanza was launched midway through last year as the rebadged version of Maruti Suzuki Baleno. Just over a year later, the badge engineered Vitara Brezza dubbed the Toyota Urban Cruiser will be launched in the coming weeks.

The Toyota Glanza is shipped to South Africa under the Starlet badge as well. Unlike the Glanza, the Urban Cruiser thankfully has some notable exterior updates over its donor and their alliance will bring in more new products in the near future. Maruti Suzuki is certainly expanding its Nexa dealerships and thus new vehicles are in the pipeline. 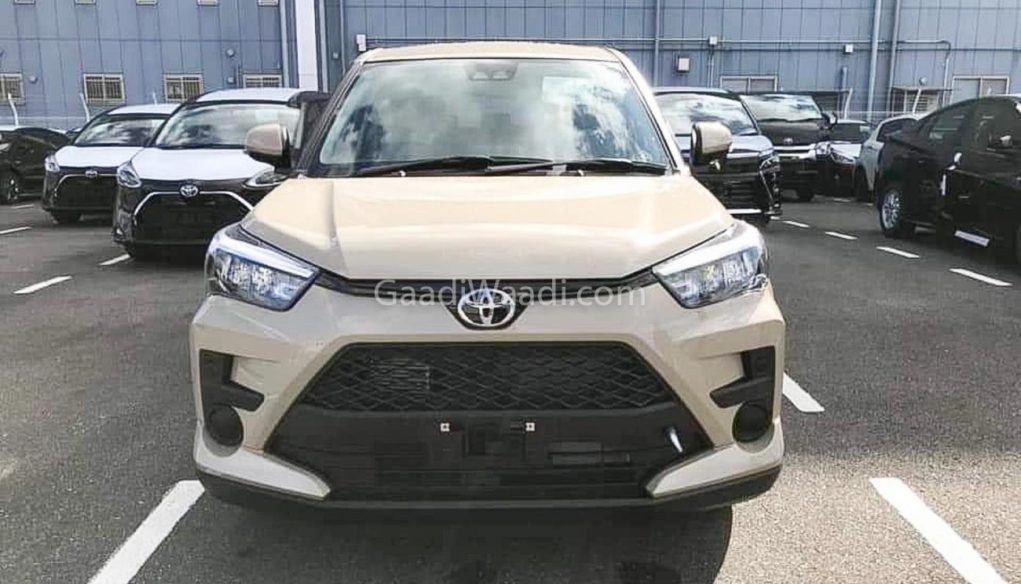 The first of the lot will be the India-spec five-door version of the Jimny next year as the off-roader will be positioned as a lifestyle product to compete against the soon-launching second generation Mahindra Thar. A year later, the first jointly developed mid-size SUV from the partnership will likely arrive to rival Hyundai Creta, Kia Seltos, Nissan Kicks and the likes.

The mid-size SUV will reportedly give rise to a Toyota badged five-seater and in contrary to the Glanza and Urban Cruiser, it will have distinctive design and other characteristics compared to the mid-size SUV from Maruti Suzuki. The mid-size SUVs are said to be based on the same platform as the Toyota Raize – a low-cost derivative of the modular TNGA architecture also used by Daihatsu Rocky.

Expected to be launched in early 2022, as has been the recent trend, the mid-size SUV could boast of a large touchscreen infotainment system with connectivity features. It could be offered in multiple engine configurations but no clear details are available yet as to whether a diesel motor will be used or not.

*Pics For Representational purpose Only