Maruti Suzuki and Toyota are co-developing a new midsize SUV that will compete against Hyundai Creta, Kia Seltos, Volkswagen Taigun, Skoda Kushaq, MG Astor, Nissan Kicks and others in the toughly contested space upon arrival around this festive season. Reports indicate that the trial production of the five-seater has commenced at Toyota’s manufacturing unit in Bidadi, Karnataka.

Internally codenamed Maruti Suzuki YFG and Toyota D22, both will be rolled out of Toyota’s plant. The midsize SUV will likely have an overall length of around 4.3 metres as the YFG is expected to be positioned above the S-Cross. The spy pictures of the prototypes of both the SUVs were caught on camera recently as well giving us a sneak peek of how they might look.

We do expect the Maruti Suzuki YFG to launch first before the showroom debut of the Toyota D22 shortly afterwards. The D22 has taken design influence from the latest crop of Toyota SUVs sold globally while the YFG appears to be inspired by the A-Cross sold in the European market, which in turn, is a rebadged version of the Toyota RAV4. 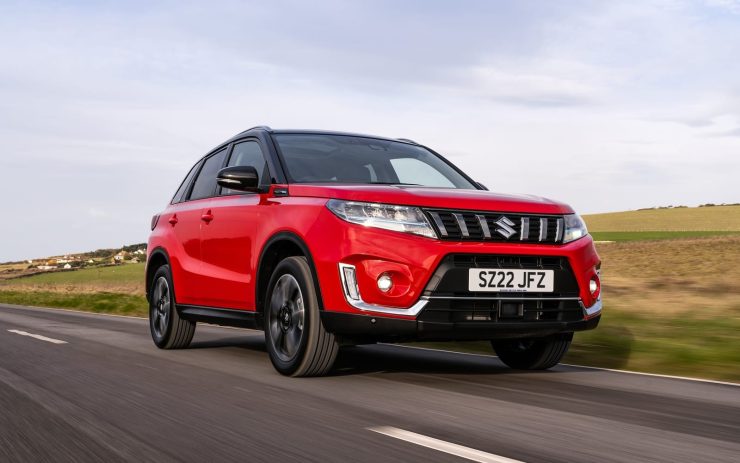 Each automaker has taken different styling approaches but the midsize SUV will have common underpinnings. It will sit on the DNGA platform used by Toyota and Daihatsu in many Asian markets. The Maruti Suzuki YFG will likely come as the flagship offering from the largest carmaker in the country at the Nexa premium outlets.

It will have a split styled headlamp cluster, LED DRLs similar to the A-Cross, front grille mesh resembling that of the recently facelifted Baleno, diamond-cut alloy wheels, squared-off wheel arches, and so on. As for the performance, a strong hybrid powertrain is expected to be employed and it could be capable of short runs using the EV-only mode.