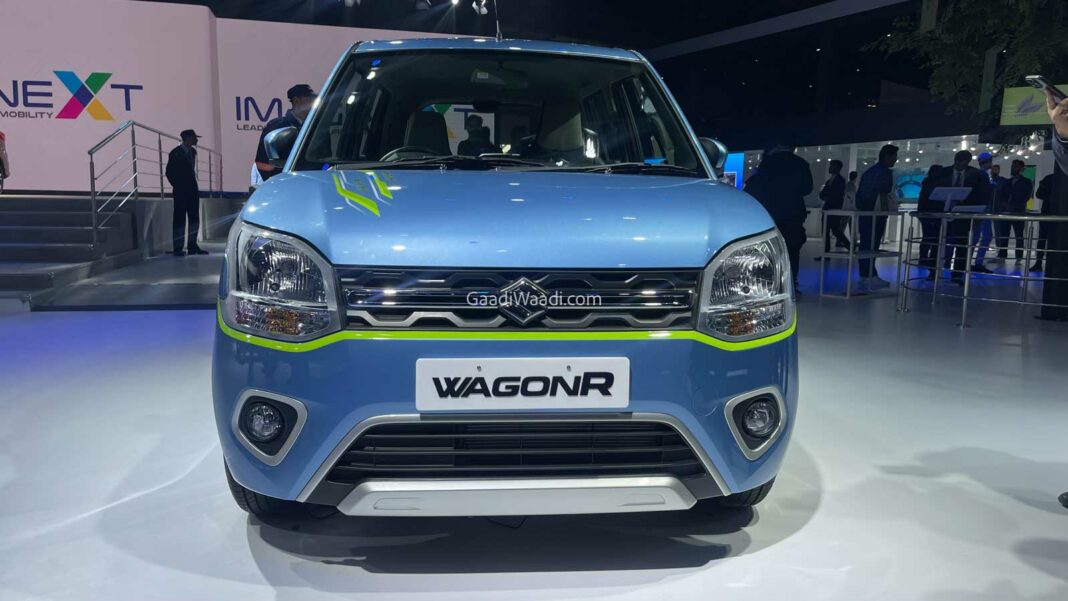 Maruti Suzuki India Limited (MSIL) revealed the flex fuel prototype of the Wagon R last month at the SIAM Ethanol Technology Exhibition in New Delhi and it has been showcased at the ongoing 2023 Auto Expo in Greater Noida. It marks the brand’s desire to explore advanced alternative fuel technologies and is designed and developed in India.

To adapt to the flex-fuel technology, several modifications have been made to the engine to acclimatise to the corrosive properties of ethanol. It gains an ethanol sensor for finding out the percentage of ethanol and a heated fuel rail to assist during cold start conditions. The FI system, fuel pump and EMS (Engine Management System) undergo updates as well to improve durability.

The Maruti Suzuki Wagon R flex fuel prototype is capable of running on an ethanol-petrol blend between 20 per cent E20 and 85 per cent E85 and is developed to stick by the second phase of BSVI emission standards. Thus, we can expect it to launch in the near future and the technology could be utilised by fellow Japanese compatriot Toyota. 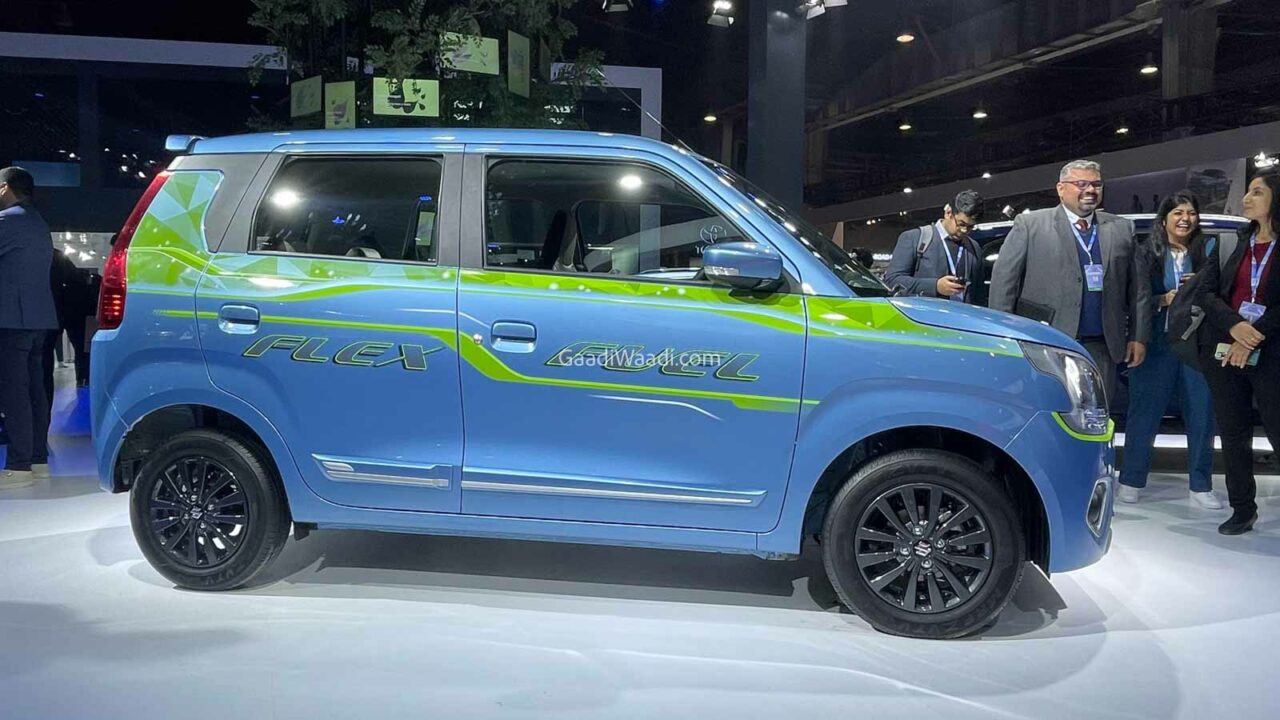 The largest car producer in the country has claimed that the emissions have been reduced by 79 per cent over the standard petrol-engined Wagon R without compromising the performance. The brand has already noted that its vehicle will be flex-fuel compliant by March of this calendar year. Maruti Suzuki will bring in its first flex fuel based PV in the mass market space by the middle of this decade.

Maruti Suzuki has been expanding its CNG portfolio rapidly over the last few years and sharing the stage at the 16th edition of the motor show is the Brezza CNG. The compact SUV will become the first model in its segment to feature a CNG powertrain and only a couple of months ago the Baleno CNG and XL6 CNG were introduced. 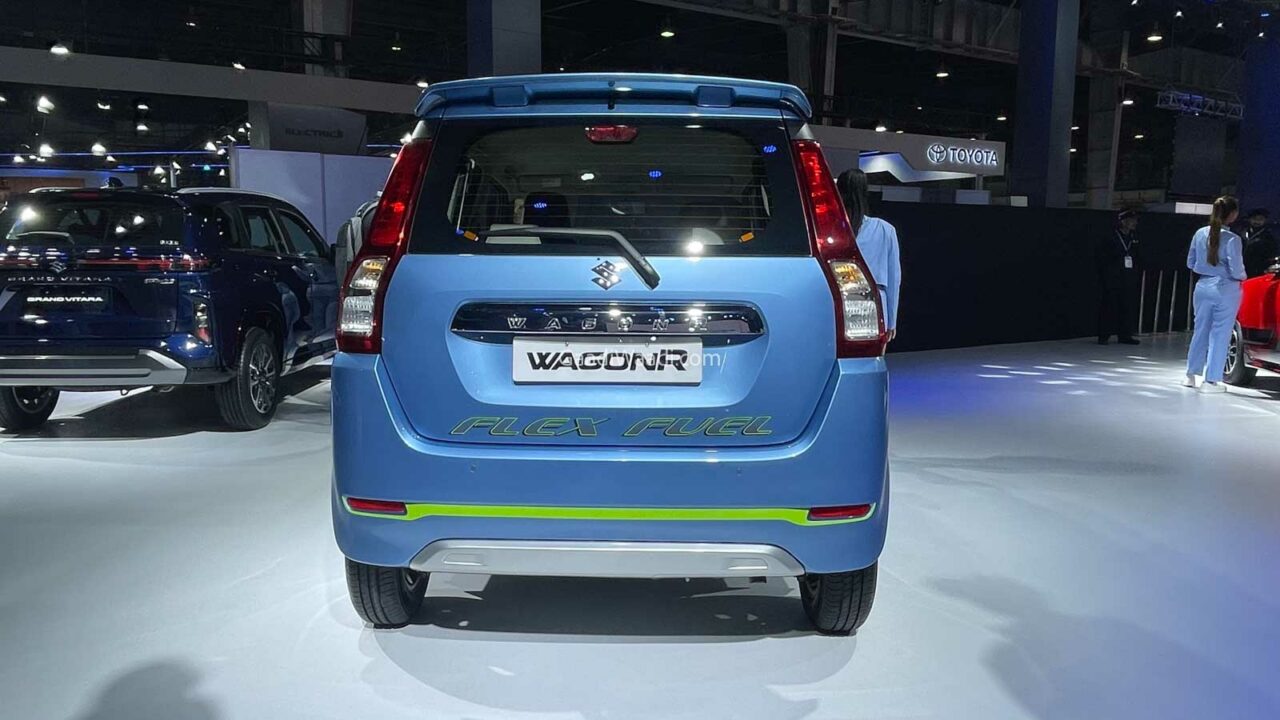 The Maruti Suzuki Wagon R flex fuel prototype wears a blue exterior body colour with contrast body decals. It is accompanied by showcases such as the Fronx coupe SUV and the five-door Jimny.