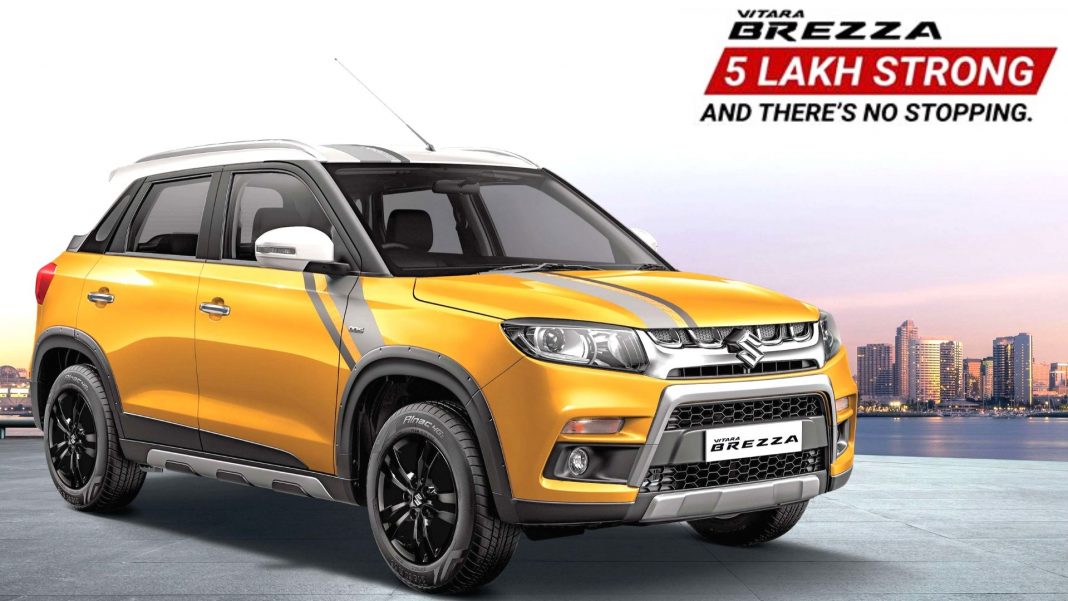 Maruti Suzuki India Limited (MSIL) has today announced Vitara Brezza achieving five lakh unit sales in the domestic market. The sub-four-metre SUV drove into the SUV segment with huge anticipation and after making global debut at the 2016 Auto Expo, it went on sale with much fanfare. In less than four years of its launch, the Vitara Brezza has reached this massive feat.

Needless to say, the subcompact SUV is the fastest in the country to reach this milestone. Having reached half a million sales in just 47 months, the Vitara Brezza is expected to step into the next chapter through a facelift sooner rather than later and it could premiere at the 2020 Auto Expo next year. The SUV has so far been sold with a single 1.3-litre DDiS200 four-cylinder diesel engine.

With the advent of BSVI emission standards in April 2020, the Fiat-sourced powertrain will be let go in favour of a petrol mill. It is expected to be the 1.5-litre K15B mild-hybrid petrol unit which is good enough to produce a maximum power output of 104.7 PS and 138 Nm of peak torque. The engine debuted in Ciaz facelift has already gained BSVI updates in the Ertiga and XL6. 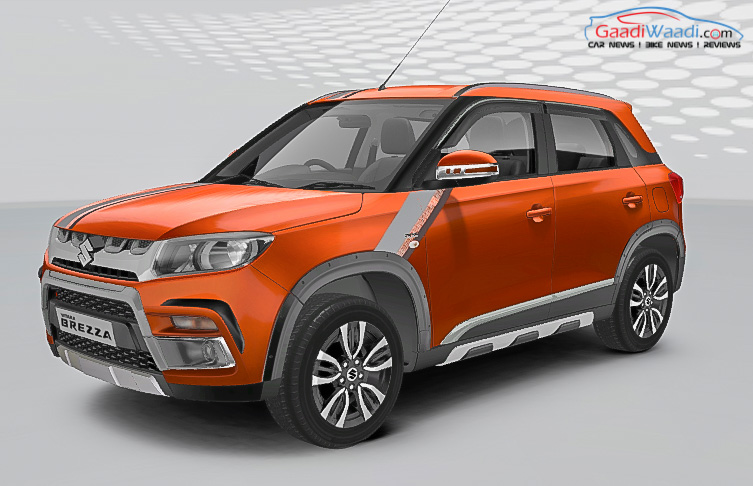 It is paired with a five-speed manual transmission as standard while a four-speed torque converter automatic transmission is offered as an option. The Vitara Brezza has been a regular feature in the top ten monthly sales charts and really set the tone for other mainstream manufacturers to further explore the highly popular segment.

It is worth noting that the Vitara Brezza was the first model to bring in dual-tone paint scheme along with floating roof design. It gained minor update in 2018 and is currently equipped with projector headlamps, glossy black alloy wheels, black interior, SmartPlay touchscreen infotainment system with Apple CarPlay and Android Auto connectivity.