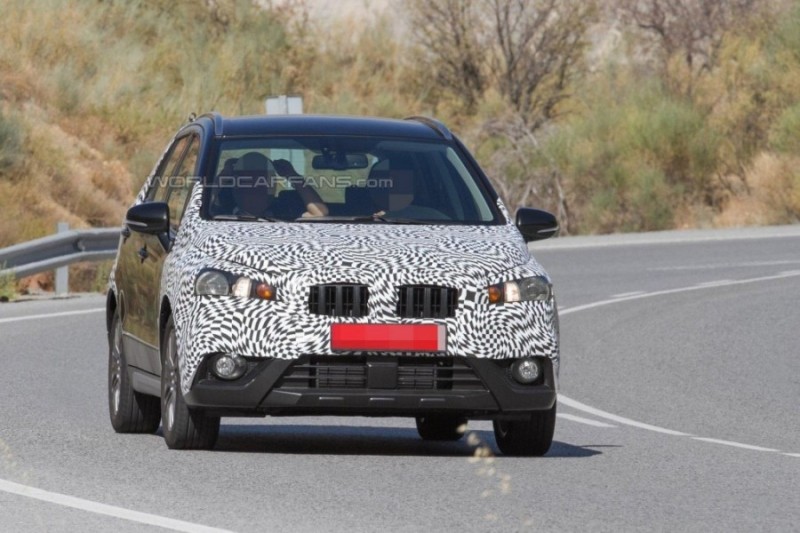 Maruti Suzuki S-Cross launched in India last month, when the international model is due for facelift

Looks like Suzuki worldwide is very serious about the S-Cross. Launched in India a month back, it’s already created a hype with its new Nexa dealership and quality product from Maruti stable, which has best in class performance and carries value quotient as well. However, worldwide, the S-Cross was available since a long time and is all set to achieve a substantial facelift as it ways to stay in the market with rising competition from the likes of Creta, Duster, which are another worldwide product set to go from India to rest of the markets.

Suzuki S-Cross facelift seems to get heavy changes cosmetically at the front and at the back. Headlights are now twin barrel units with indicators also in round shape. Grill is the talking point as it resembles to the BMW kidney grill the way the camouflage has been done. Coming to the side, the D-Pillar has been changed and we could seem masking or proper sheet metal changes. Come at the rear and you see redesigned tail-lights. Front bonnet and A-pillar to an extent has been hidden and that could receive changes to make sure the car looks fresher in every way. Wheel arches could also see some changes as it also hidden in criss-cross camouflage.

Mechanically, the 1.6 petrol and 1.6 diesel internationally will be tweaked that will produce slightly more horsepower and torque with improved mileage figures. When it comes to India in late 2017, something that is quite predictable, it should retain same engines that it has in India, which is the 1.3 and 1.6 Multijet engines. We can also get the hybrid 1.3 and 1.6 Multijet engine too, which could sky-rocket the S-Cross’s appeal as the mileage would reach even higher than today’s impressive numbers.

We can expect this facelift to get the 1.4 petrol engine with an automatic gearbox to either the petrol or the diesel could get it too as the time would be right for Maruti. Only if the customers demand exists for it in the market. Suzuki and Maruti sure know how to pop surprises know a days in the market! For eg, the Hybrid diesel engine story!