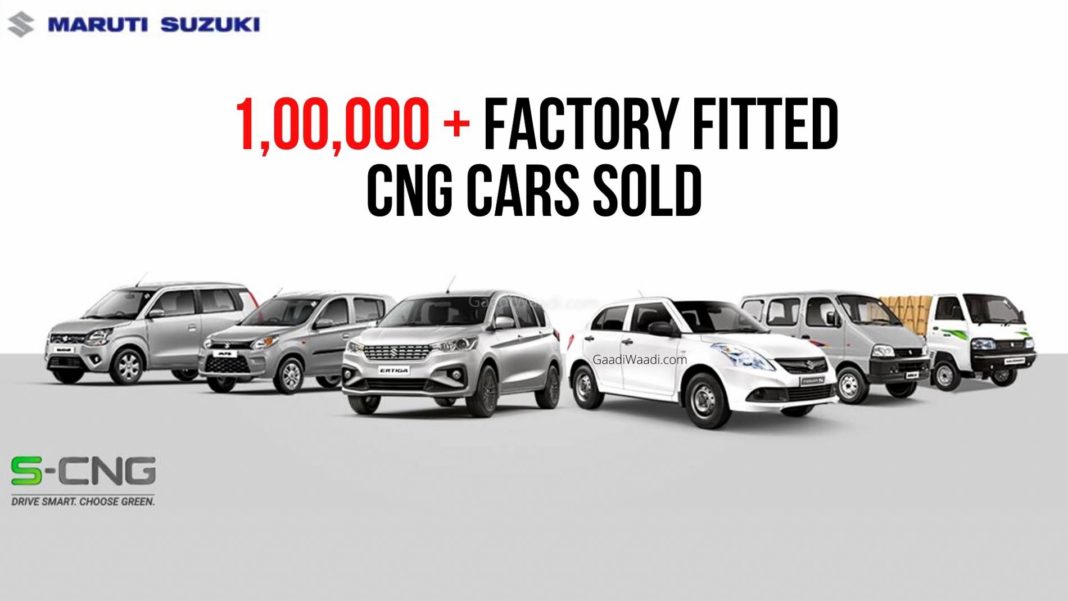 Maruti Suzuki India Limited (MSIL) has today announced that it has reached a new sales milestone. The largest carmaker in the country becomes the first manufacturer to achieve one lakh sales of CNG-powered cars in a single fiscal. The brand retailed a total of 1,06,443 units across the country the Financial Year 2019-20 and thereby witnessing 15.5 per cent CAGR increase in its CNG sales over the last half a decade.

The Indo-Japanese manufacturer has continuously expanded its fleet of CNG-powered cars in India and is certainly reaping benefits. Its factory-fitted CNG range comprises of Alto, WagonR, Eeco, Tour S, Ertiga and Super Carry. Maruti Suzuki launched its first CNG vehicle in 2010 while the Smart Hybrid technology made its way into the domestic lineup in 2015.

On cumulative basis, the company has sold more than one million eco-friendly vehicle across the nation and is destined to do more under the ‘Mission Green Million’ announced at the 2020 Auto Expo earlier this year. Maruti Suzuki is planning to sell the next set of one million green cars at a much lesser timeframe under the new mission and the S-CNG incorporated cars will play a significant role in it. 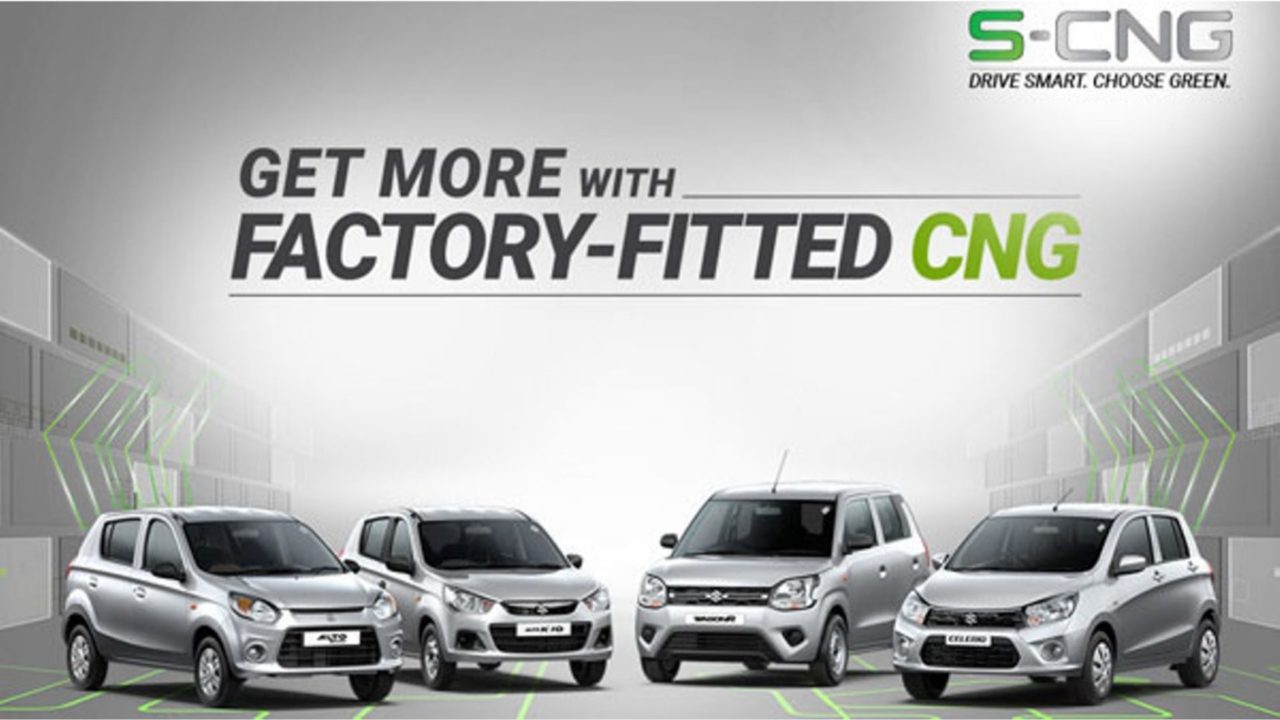 Despite the ongoing health crisis and dismal social and economic activities, Maruti Suzuki does not seem to be retracting from its mission as it is fully committed to increase the market share of green vehicles further. The brand its to integrally contribute to the Indian Government’s vision of reducing oil import and increasing the share of natural gas in the energy basket from 6.2 per cent to 15 per cent by the end of this decade.

“The growth of CNG vehicles complements the Government of India’s vision of reducing oil import and enhancing the share of natural gas in the energy basket of the country from 6.2% now to 15% by 2030. The Government is working to rapidly increase CNG fuel pumps network in the country. There has been a phenomenal growth in number of CNG stations in last six years with over 50% of growth coming in the last year alone. With government’s clear focus, spread of CNG stations is set to increase significantly.”

“Maruti Suzuki is aligned with Government’s vision by strengthening and expanding its CNG product portfolio. We see CNG as a technology that has set a new benchmark in green fuel mobility. Factory fitted S-CNG vehicles are designed to deliver optimum performance, safety, engine durability, convenience and mileage. We are committed to Mission Green Million and strive towards bringing more advanced, affordable and fuel efficient powertrain technologies for our customers.”

The range of CNG vehicles coming right out of the factory gates are safer and they have added advantage of being covered in warranty benefits, unlike the fitments from outsiders. They ensure higher mileage compared to the regular petrol engined cars. MSIL’s S-CNG technology features dual interdependent ECU with “Intelligent Injection System”. It is claimed to ensure better and consistent performance along with high fuel economy across all conditions.