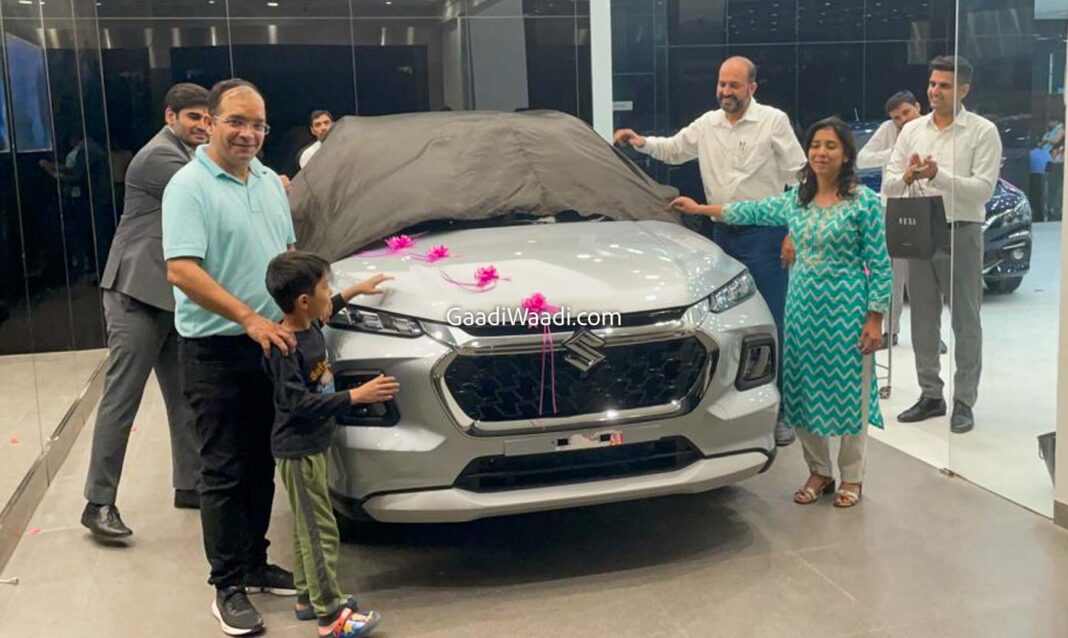 Maruti Suzuki India Limited has commenced the deliveries of the Grand Vitara in the domestic market and is rolled out of Toyota’s production lines in Bidadi, Karnataka. The Indo-Japanese manufacturer revealed the prices of the midsize SUV only a few days ago and is priced between Rs. 10.45 lakh for the base trim and goes all the way up to Rs. 19.65 lakh for the top-spec model (ex-showroom).

The five-seater is one of the most sought-after SUVs in recent memory and it takes on Hyundai Creta, Kia Seltos, VW Taigun, Skoda Kushaq, MG Astor and the likes in the highly competitive space. The Grand Vitara follows the latest design philosophy adopted by the brand with an upright front fascia boasting a split headlamp cluster and abundant use of chrome.

You could also find a pop-up heads-up display, wireless charging facility, a 360-degree camera system, six airbags, a layered dashboard, use of premium quality surface finishes and trims, a panoramic sunroof and a lot more. As for the performance, a 1.5-litre four-cylinder K15C mild hybrid petrol engine is utilised and it kicks out 103 PS and 136.8 Nm.

It is paired with a five-speed MT or a six-speed AT. The 1.5-litre three-pot Atkinson Cycle petrol mill works alongside an electric motor and a battery pack to form a strong hybrid system. It enables a dedicated EV mode and has a claimed fuel economy of 27.97 kmpl.