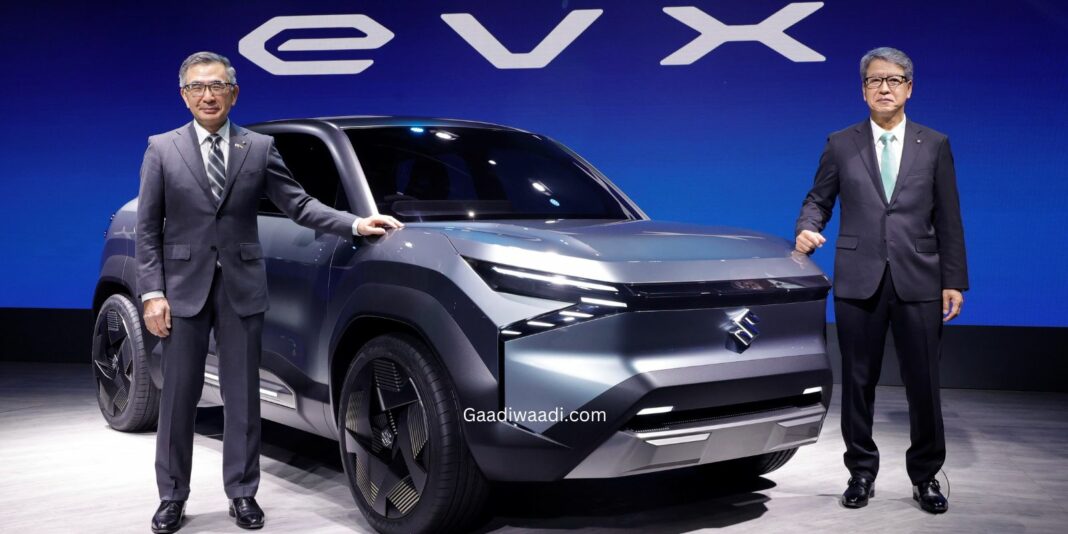 Maruti Suzuki India Limited (MSIL) has today hosted the global premiere of an all-new electric SUV concept dubbed the eVX. It gives a sneak peek of the first all-electric five-seater SUV from the brand bound for 2025. As expected, the Maruti Suzuki eVX concept’s design language will be toned down in the final production version, which will also spawn a Toyota EV and both will share the platform and associated underpinnings.

The concept boasts a futuristic styling philosophy, which will apparently help the brand in distinguishing the upcoming e-SUV from the rest of the ICE range. The sharp body lines, wheels, roofline, raked front windshield and swooping proportions do give a hint of the previous Maruti Suzuki concepts (Futuro-e in 2020 and Future-S in 2018) but this one is more modern and appealing with a clear upmarket vibe.

MSIL has reiterated its commitment to invest 10,000 crore for the manufacturing of EVs and batteries, and the production version of the eVX will play an integral role in that. The concept measures a length of 4.3 metres, a width of 1.8 metres and a height of 1.6 metres and is based on a dedicated EV architecture. It boasts a 60 kWh battery pack, which is capable of a claimed range of up to 550 km on a single charge. 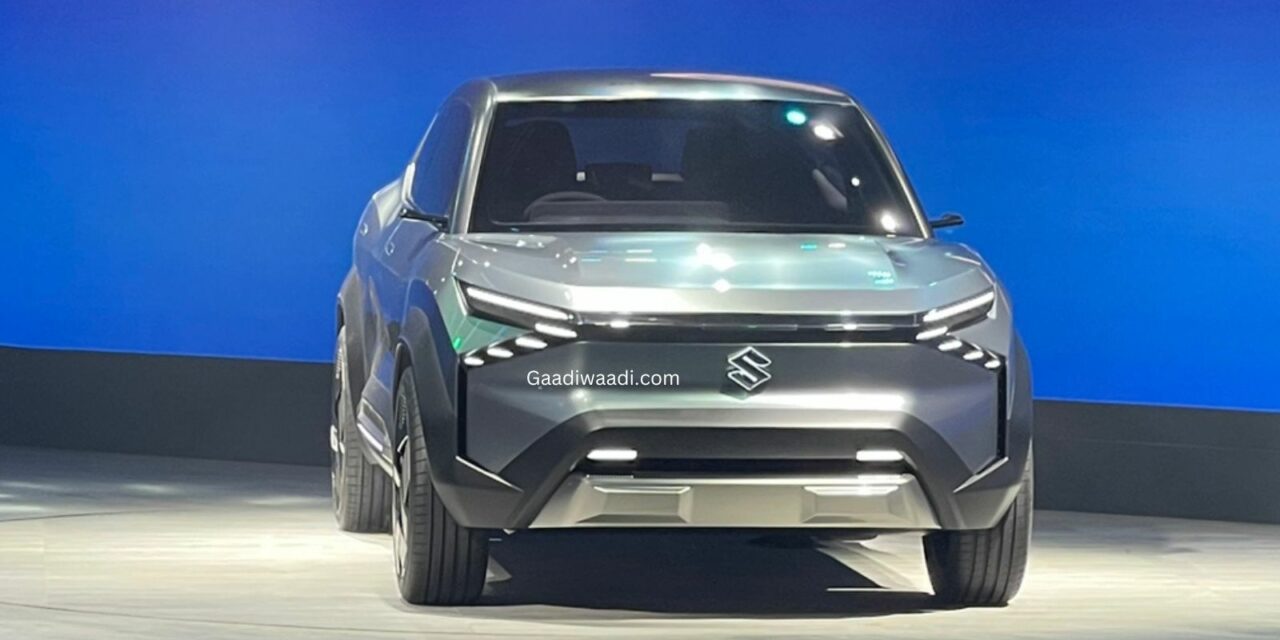 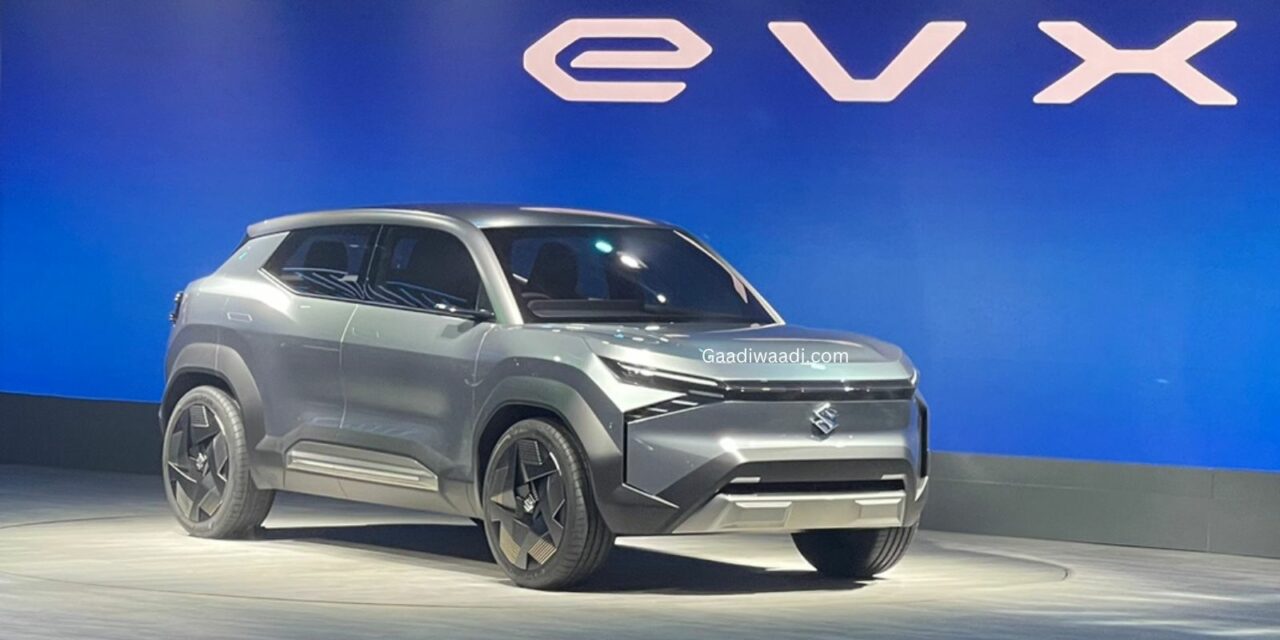 “Today, I have an exciting announcement. I am delighted to unveil the Concept eVX, our first global strategic EV. We plan to bring it to market by 2025. At the Suzuki Group, addressing global warming is a priority. We are promoting a range of global measures to reduce greenhouse gas emissions generated from our business. One key measure is reducing CO2 emitted by using our products. Here in India, as announced in March last year, we will invest 100 billion rupees in the production of BEVs and their batteries.” 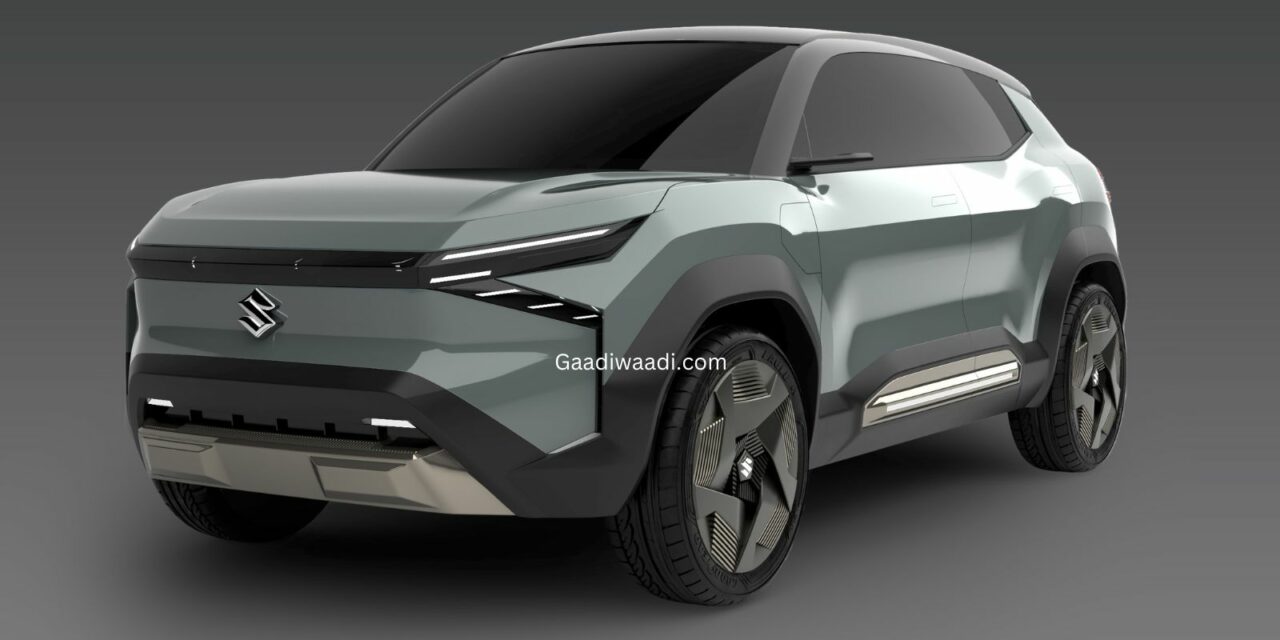 It is part of Suzuki’s vision for the future of developing EVs for the domestic and global markets. The Maruti Suzuki eVX is one of the 16 models showcased by Maruti Suzuki at its 2023 Auto Expo pavilion in Greater Noida. The production model will be rolled out of Suzuki’s manufacturing unit in Gujarat. It will have an overall length of around 4.3 metres as it will roughly have similar proportions to the Hyundai Creta.

The electrified SUV will have a wheelbase length of 2.7 metres as it is longer than the MG ZS EV. Underpinned by the 27PL platform of Toyota, derived from the global 40PL, it will have a spacious interior courtesy of the flat floor and is expected to be available in 48 kWh and 59 kWh battery pack choices with the former capable of around 400 km drive range and the latter at up to 500 km. 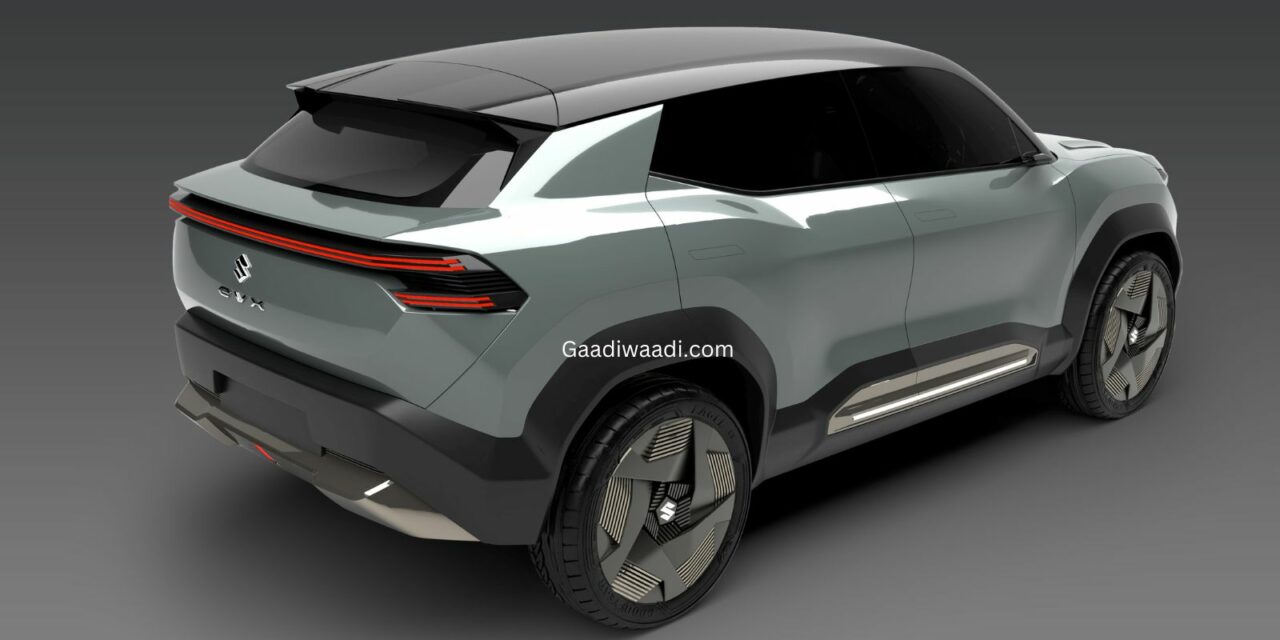 The efficient LFP blade cell batteries will be sourced from China’s BYD as the famed Blade battery tech will be utilised. It will appeal to a wide range of customers with 2WD and 4WD configurations and the power output could be up to 170 hp. Expect Maruti Suzuki to price the model highly competitively to take on rivals from Toyota, Tata, Hyundai and Mahindra.