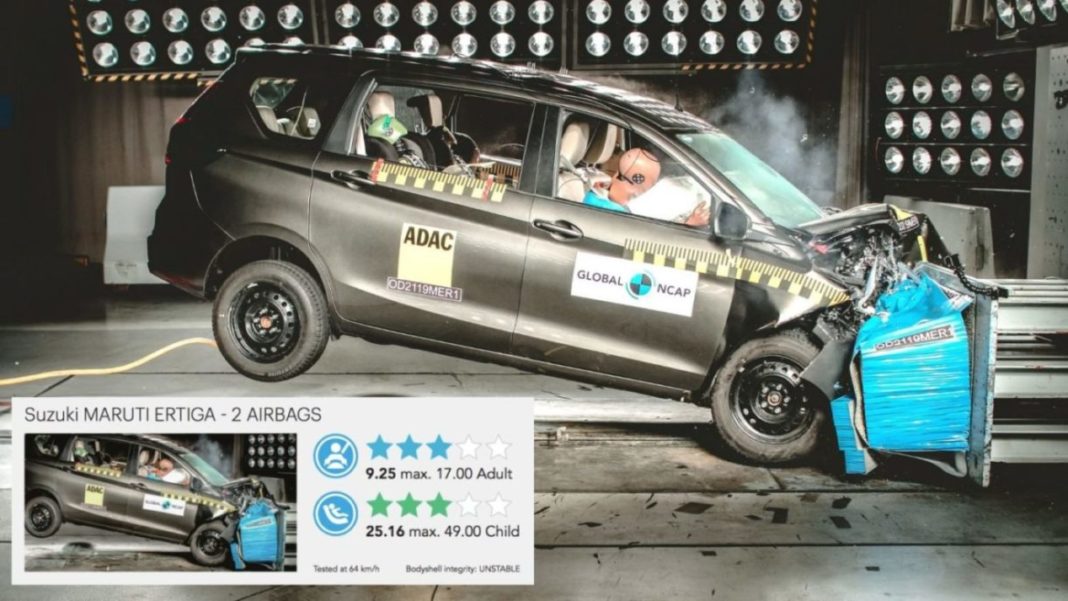 Maruti Suzuki India Limited’s latest version of the Ertiga and Wagon R have undergone Global NCAP crash tests. They are part of the four models assessed to determine their safety rating alongside the Datsun Redi Go and Hyundai Santro.

The second generation Ertiga was introduced back in late 2018 and it has received tremendous attention from customers. It has certainly lived up to the success of its predecessor by posting good volume sales even during the existing tough market scenario.

The stricter safety standards meant that even the entry level models sold in the domestic market come with basic standard equipment such as airbag and reverse parking sensor. The Ertiga is based on the fifth generation Heartect platform just as other models within Maruti Maruti Suzuki’s lineup.

The MPV fared better than the three hatchbacks that were tested by Global NCAP but its ratings weren’t too impressive. It had been awarded three stars in the adult protection category while the bodyshell was found to be unstable.

The footwell region was tested to have exposed the front occupants to injuries and thus it was rated unstable too. The chest protection for driver was not up to the mark either while the head and neck protection was found to be good enough. 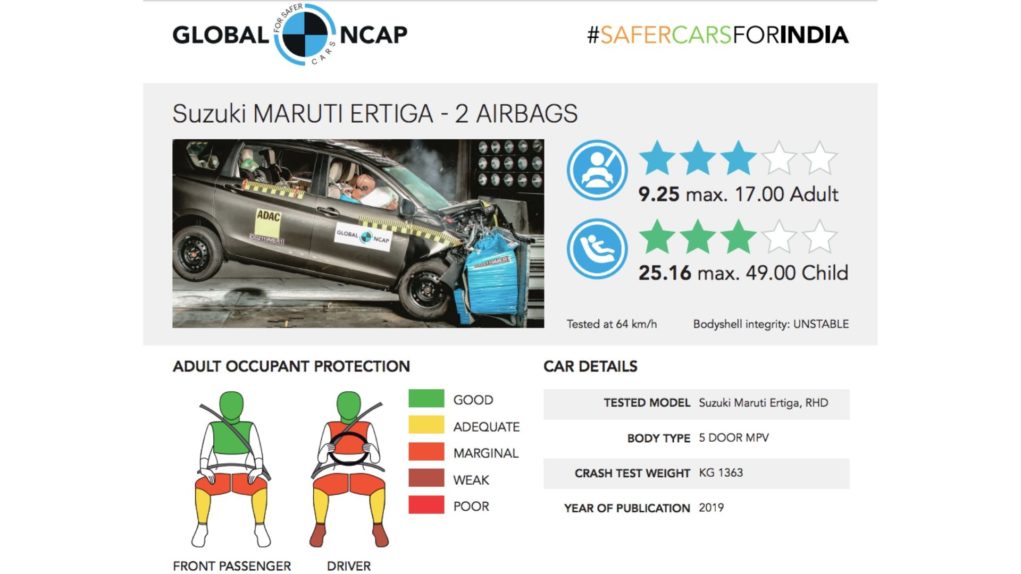 As for the child safety, the tests resulted in decent results overall but the chest and head protection levels were rated rather poor. In India, the Ertiga appeals largely for the family audience and it recently gained BSVI compliant mild-hybrid petrol engine.

Capitalising on its popularity, Maruti Suzuki recently launched the more premium XL6 that is sold only through Nexa outlets but it sits on the same platform as the regular Ertiga and thus the crash test ratings may not be any different.