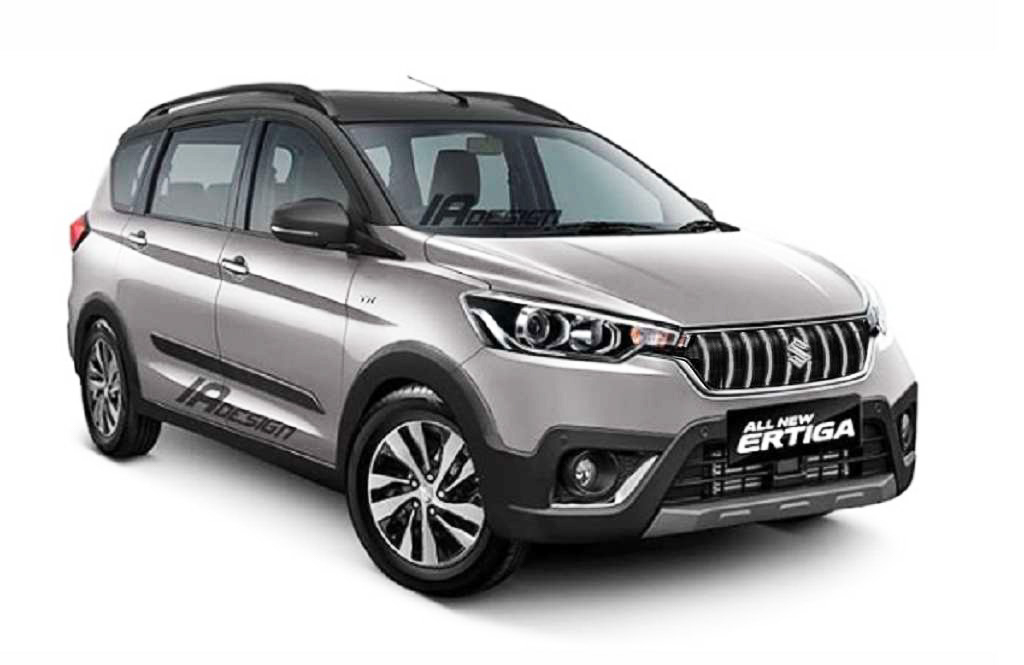 Maruti Suzuki’s expansion into SUV and crossover spaces had long been speculated ever since the Vitara Brezza and S-Cross proved successful in their own right. Several reports emerged on the internet suggested that Maruti Suzuki has more UVs in the pipeline and the Y1K micro SUV based on Concept Future S appears to be certainty by next year or 2020.

With the newly launched second generation Ertiga has all the bells and whistles to emulate volume sales of its predecessor or even go one better, it could spawn a crossover variant in the near future as well. Earlier media reports indicated that it could be internally codenamed Maruti YHB derivative and we decided to give you a possible preview through rendering.

In fact, Suzuki’s intention to develop an Ertiga Cross was mooted since the first generation model and its facelift in Indonesia was accessorised into concept crossover form at the 2012 and 2015 editions of the IIMS (Indonesia International Motor Show) respectively in Jakarta.

Maruti Suzuki could incorporate signature characteristics of a MPV-derived crossover like high ground clearance and ample bootspace. Coincidentally, the latest Ertiga has grown in its dimensions and is more spacious than the previous model with increased trunk capacity. All that could bode well for a crossover styled seven-seater to create a niche in its segment.

The digitally imagination showcases a rugged take on the new-gen Ertiga with crossover styling and a grille resembling S-Cross. It boasts black cladding all around while the pillars and roof rail are finished in black colour. The silver underbody skid plates and bumper protector further enhance its character as a mild off-roading vehicle. It may have an expansive range for targetting customers more flexibly.

Powertrain options could be carried over from the regular MPV with the new 1.5-litre K15B four-cylinder SHVS petrol engine making 104.7 PS and 138 Nm with five-speed manual as standard and four-speed torque converter AT as an option. Moreover, as the Ertiga Cross is expected to debut only in 2019 or the following year, it may use the upcoming 1.5-litre diesel with BSVI compliance.