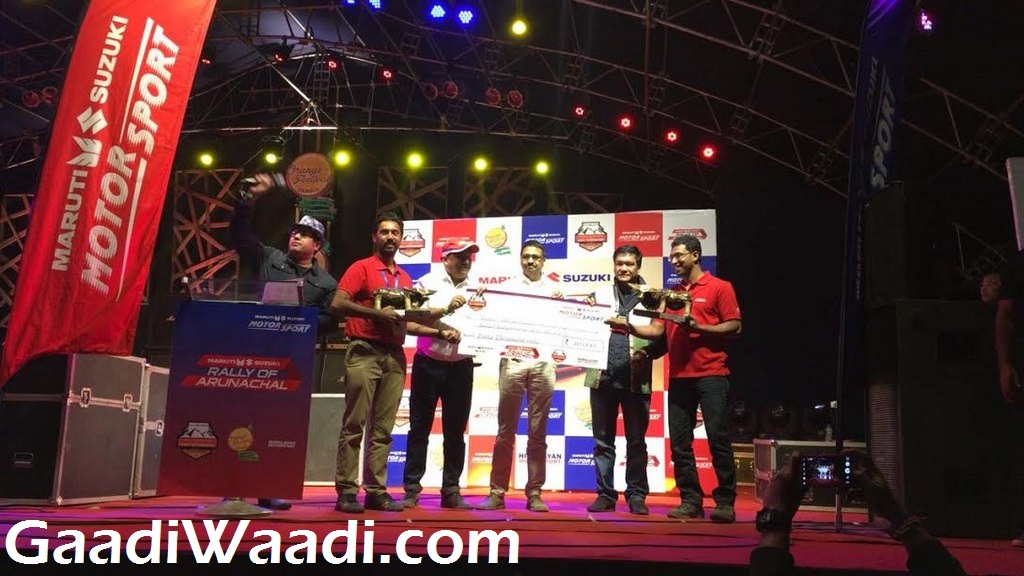 The rally enthusiasts and pros competed in three different classes namely Denizen-Amateur, Non-Championship Expert and Championship divisions. The second and final leg at Arunachal Pradesh saw Jagmeet Gill and co-driver Chandan Sen maintaining the lead over rest of the field and triumphed as champions.

In fact the top three positions have remain unchanged from day one. With the total time of 00:07:18, the entrants with Vitara Brezza, Gill and Sen, have continued to dominate but Ajgar Ali and Mohd. Mustafa saddled with the S-Cross were not far behind with the difference to top stood at 00:01:23 in the end as they sealed second.

A good overall time yesterday of 00:01:44 meant that Sachin Singh driving Swift and co-pilot Prakash M closed the gap to lead at 00:04:07 but it was too late as they settled with bottom step of the podium. Maruthi Karthick/Anand S Sankar and Roy Subir/Mehta Nirav piloting Vitara Brezza and Swift hatchback respectively held on to their places in fourth and fifth.

Positioned at tenth overall, Om Prakash Phukan/Wangchu Khirmby were the only non Maruti competitors behind the wheel of Mahindra Scorpio. In the Non-Championship Expert category, Sachin Chaudhary and Himanshu Sharma reigned supreme with overall time of 02:24:07 ahead of Gagan Sethi and co-driver Dhiraj Arora.

In the Denizen-Amateur field, Kalita Jitu and Gautam Khandel Wal has won with time of 01:40:54 ahead of Rupak Dutta/Amitabh Indra in second and Om Prakash Phukan/Wangchu Khirmby placed third. Naku Chada/Bitu Nage and Srinath Sivakumar/Uday Pawar rounded out fourth and fifth spots. 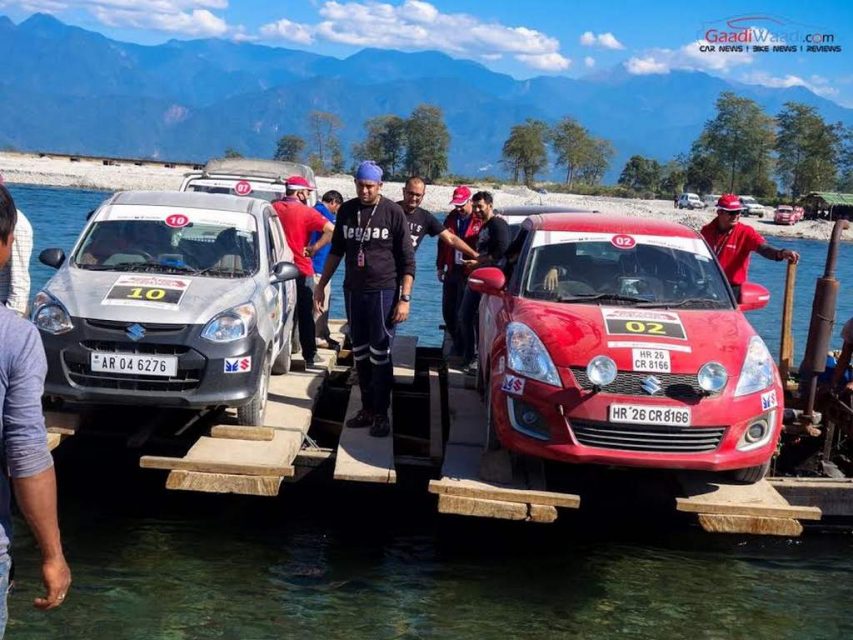 UPDATE LEG 1: In the opening leg of the first ever Maruti Suzuki Rally of Arunachal 2016, Jagmeet Gill behind the wheel of Vitara Brezza and co-driver Chandan Sen are topping the pack with the time of 00:04:09. Slotting in at second, and not so far behind, is Ajgar Ali and Mohd. Mustafa driving S-Cross. 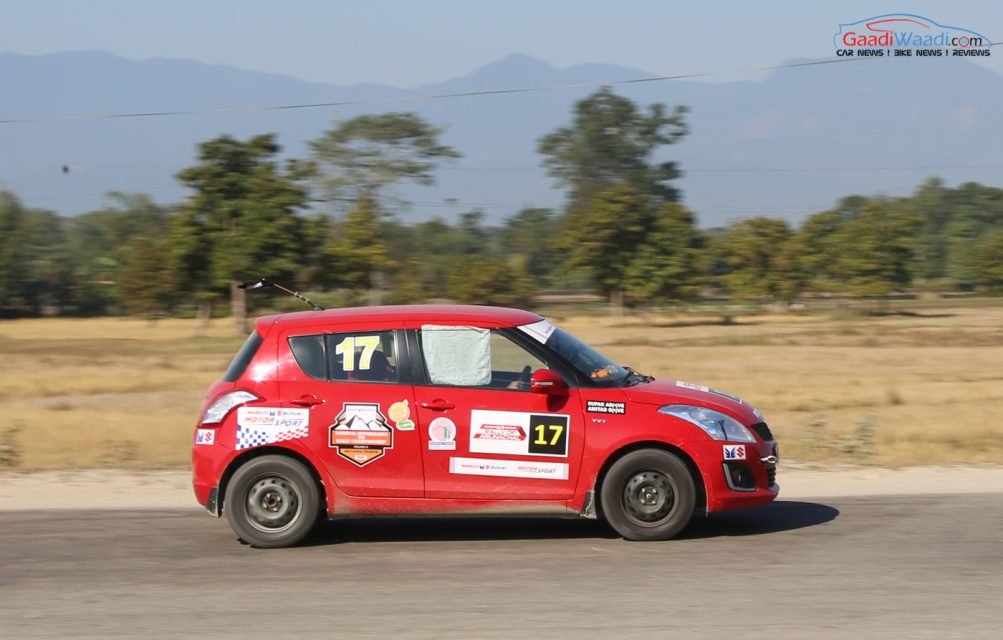 13/12/2016
The fifth leg of 2016 Maruti Suzuki National Super League TSD Rally Championship is going to be hosted at the north-eastern state of Arunachal Pradesh. Scheduled from December 14 and will continue until 17th, the rallying participants will be driving through some of the beautiful landscapes with lush river gorges and craggy mountain capes in the ‘Land of Dawn-lit Mountains’.

Covering a distance of approximately 700 kilometres, the National Super League TSD Rally series will be contested through dense forests, steep hills and snow-capped peaks crossing Itanagar, Pasighat and Dambuk. In a bid to promote amateur rallyists’ participation and encourage them to move further up the ladder, six different locations were chosen for the championship with varying surface conditions. 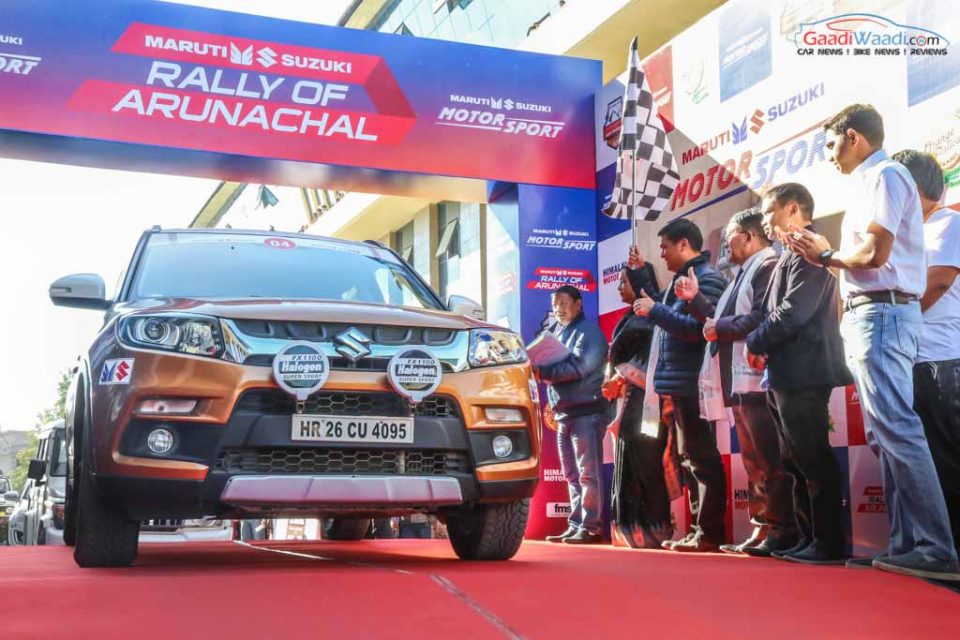 It includes Uttarakhand Rally, Deccan Rally, Backwaters Rally, Mughal Rally, Rally of Arunachal and Rally of Gujrat acting as season finale for the 2016 Maruti Suzuki National Super League TSD Rally. Adding to the spectacle, the rally contestant will be treated to the Orange Festival of Adventure and Music at Dambuk.

Elated by the coincidence of the Orange Festival of Adventure and Music with the NSTSD rally, Mr. Vinay Pant, Assistant Vice President, Marketing, Maruti Suzuki said, Maruti Suzuki motorsports has received a very encouraging response wherever the championship descends and it helps the brand reach more rallying enthusiasts on a larger scale. 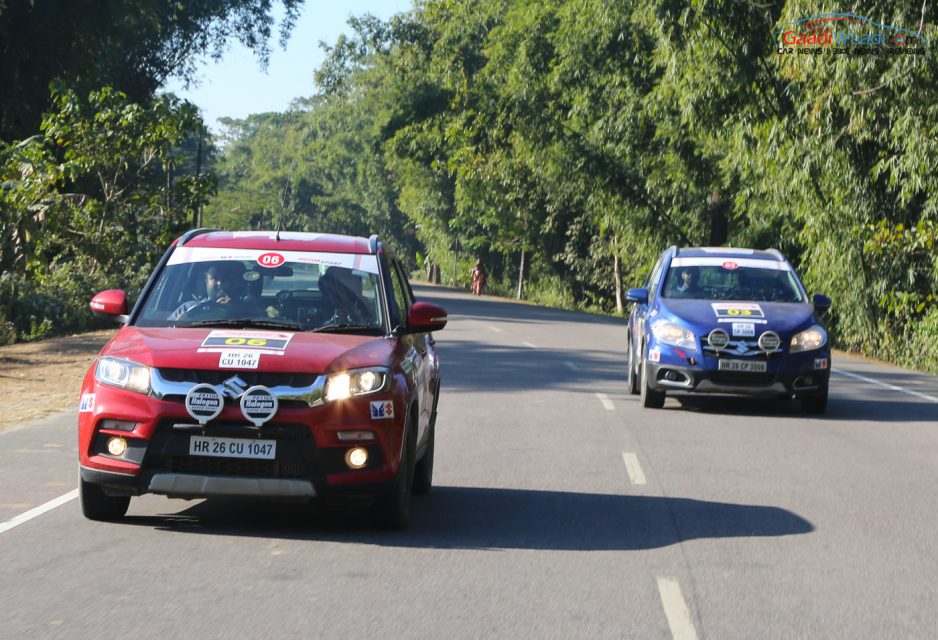 The event in Arunachal Pradesh marks the first ever that a Maruti Suzuki Rally is going to be held in the North east. The NSTSD rally championship is open for all four-wheeler manufacturers and uniquely no homologation or customisation is required. The Rally sticks by Time-Speed-Distance (TSD) format that tests the skills of driver and the navigator and retains the spirit of motorsport.