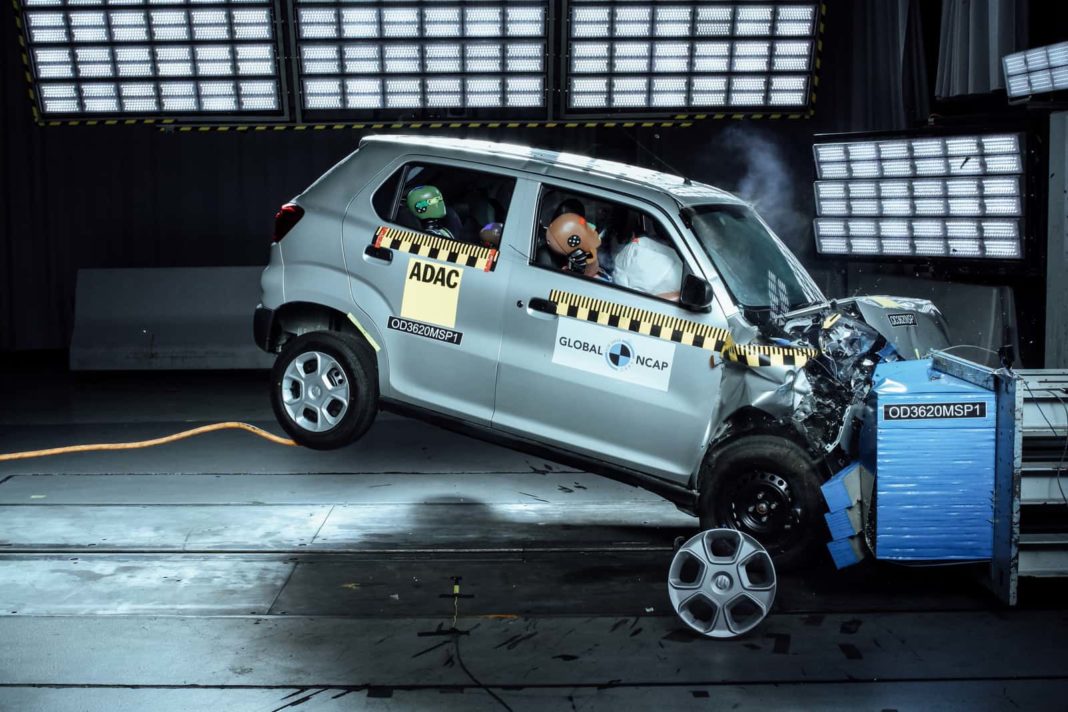 Global NCAP has crash-tested the Maruti S-Presso, which is now one of the lowest-rated vehicles in India with a 0-star adult safety rating

Maruti Suzuki is the largest carmaker in India, specialising in budget-friendly commuter vehicles. Over the years, Maruti has introduced plenty of cars that offer brilliant fuel economy, along with a plethora of features, all at an affordable price tag. The brand, however, has faced a lot of criticism for the low safety ratings of the majority of its vehicles.

Apart from the Vitara Brezza, none of Maruti’s vehicles have managed to score more than a 3-star safety rating (India-spec S-Cross hasn’t been crash-tested yet). Now, Global NCAP has unveiled the results of Maruti S-Presso’s crash test results. The little ‘Micro-SUV’ has scored a 0-star safety rating, which is quite disappointing news.

Maruti S-Presso comes with only driver airbag as standard, which is one of the biggest reasons for this low safety rating. Other than that, the vehicle doesn’t even offer seatbelt pre-tensioners. ABS and seatbelt reminder (front row seats) were available as standard though.

In terms of child occupant protection, things were only slightly better. The S-Presso doesn’t get ISOFIX mounts, and thus the child seat had to be adjusted with the help of the seatbelt. This offered poor protection to the head and chest of the baby test dummy. As for a slightly older child (3-year old test dummy), the three-point seat works fine, which results in an overall 2-star child safety rating.

It’s quite disappointing that even in this day and age, vehicular safety can sometimes be ignored in mass-market cars. Even though the S-Presso complies with the current safety norms in India, offering all the mandatory safety features (driver airbag, ABS, rear parking sensors, etc), it still offers poor protection for the occupants.