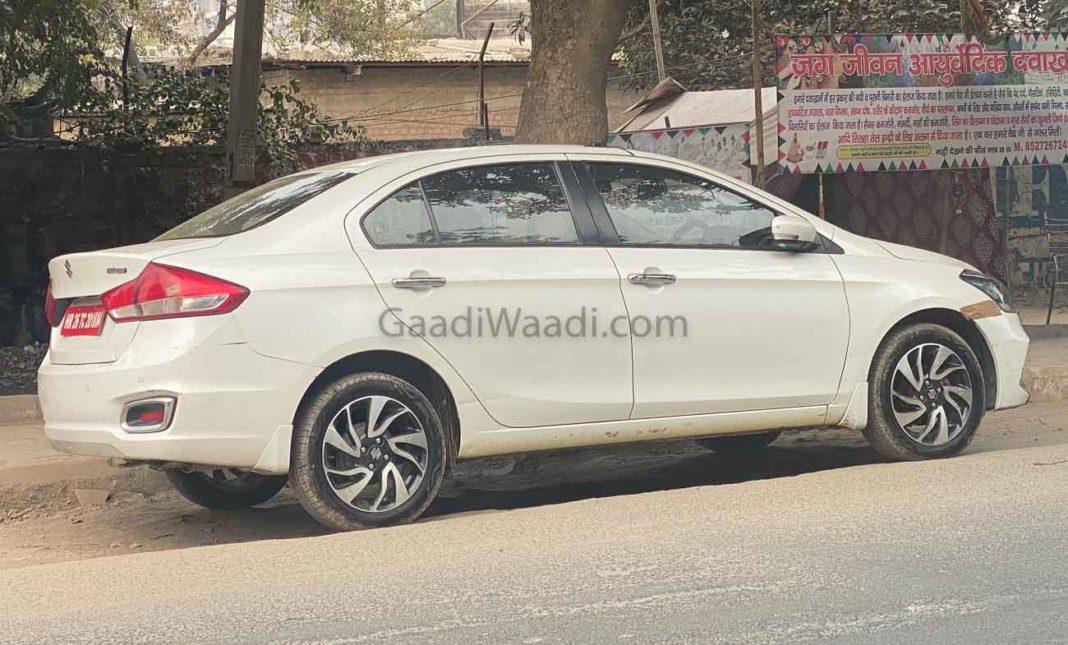 A Maruti Suzuki Ciaz prototype has been spotted testing with a set of similarly styled alloy wheels as the Baleno; hiding a turbo petrol engine?

The Ciaz replaced the SX4 in Asian, African and Latin American markets and it was introduced in India to address the C-segment dominated by Honda City. Only a couple of months ago, Maruti Suzuki announced that the Ciaz had reached 2.7 lakh sales milestone within half a decade of its tenure in the domestic market. Just in the last financial year, more than 46,000 units of the Ciaz were sold as it led the Honda City comfortably.

The majority of the sedan’s sales have come from metros and tier 1 cities while the top-end variants accounted for more than 50 per cent of the total sales. Understanding its popularity and premium persona, Maruti Suzuki moved the sales of the Ciaz from the regular Arena dealerships to Nexa upmarket outlets in April 2017 – three years after its market entry.

Since then, it has proved to be a successful offering in the Nexa network. Maruti Suzuki gave the Ciaz a mid-cycle update in August 2018 as a brand new in-house developed 1.5-litre K15B four-cylinder SHVS petrol engine was added to the lineup making 104.7 PS and 138 Nm of peak torque. It is connected to either a five-speed manual or a four-speed torque converter automatic transmission. 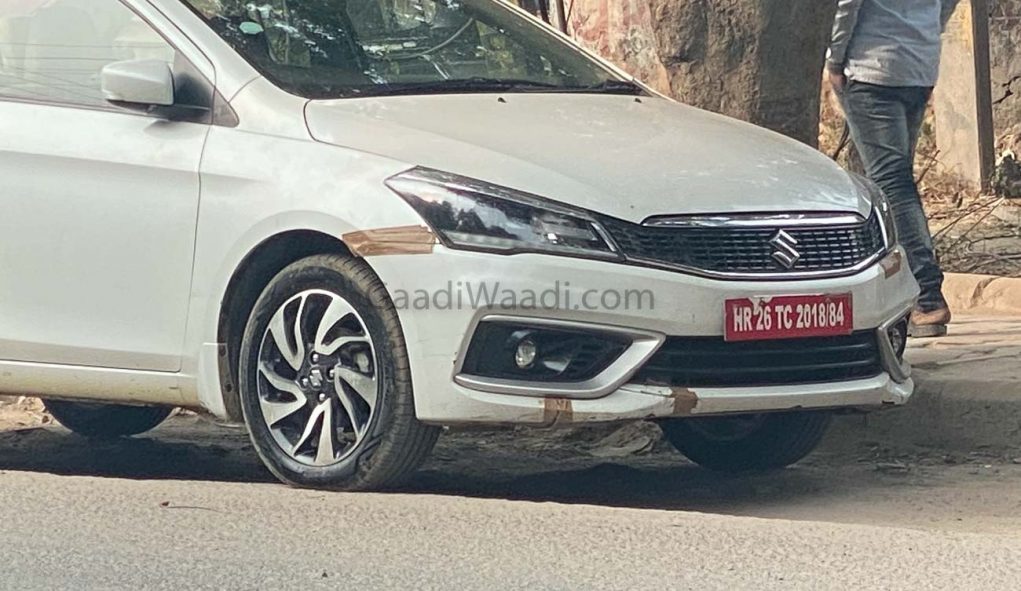 Earlier this year, another in-house developed 1.5-litre DDiS 225 non-SHVS diesel engine making 95 PS and 225 Nm was introduced and it accompanied the 1.3-litre DDiS 200 SHVS diesel upon its arrival. The 1.5-litre mild-hybrid petrol engine will more likely be updated to meet BSVI compliance as in the Ertiga and XL6 sooner rather than later.

However, the uncertainty surrounding the diesel portfolio remains. While the existing 1.5-litre DDiS 225 diesel and 1.3-litre DDiS 200 SHVS diesel won’t likely be part of the lineup from April 2020 when the BSVI emission standards come into effect, Maruti Suzuki could be working on a BSVI diesel for a launch later depending on the demand from customers. 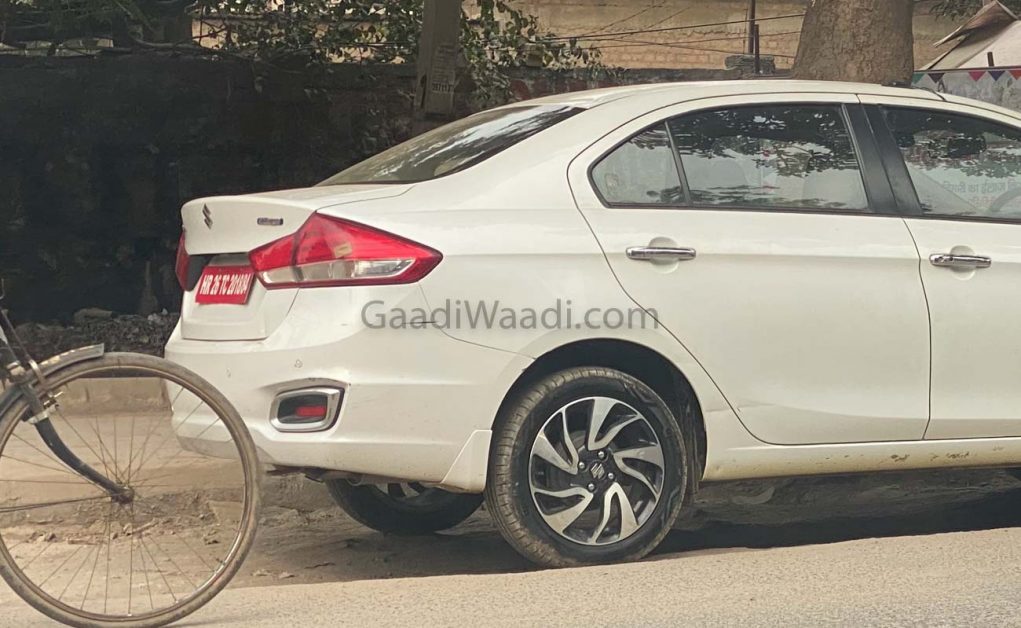 The latest spy shot posted by us here shows the Ciaz running on the identically styled alloy wheels as the Baleno. It prompts the speculations that the 1.2-litre DualJet petrol from the hatchback could be in the pipeline. It currently makes 89 bhp and 115 Nm. The engine could carry a turbocharger to have its performance upped to be on par with its rivals.

It could be added to the Ciaz’s range with BSVI compliance and introduced when a possible facelift arrives with minor cosmetic updates in response to the incoming new Verna and City.