The Heartect platform will give rise to a Venue/Sonet rival SUV from Maruti Suzuki based on the Baleno; to be positioned below the Vitara Brezza

According to a report that emerged on the interweb recently, Maruti Suzuki India Limited (MSIL) is developing a compact SUV based on the Baleno premium hatchback. Internally codenamed YTB, it will more likely take the shape of a small crossover or a coupe. It is amongst a range of SUVs that are in the pipeline as new Brezza/Urban Cruiser and mid-size SUV in collaboration with Toyota are also said to be in the works.

The Baleno is based on the lightweight Heartect platform that underpins a host of latest models from Maruti Suzuki including the Wagon R, S-Presso, Ertiga, XL6 and Ignis. Utilizing the same architecture would help in reducing the developmental costs reportedly. The largest carmaker in the country already sells the Vitara Brezza sub-four-metre SUV in the domestic market.

Despite leading the segment for well over four years, the Vitara Brezza has come under increased pressure from recent entrants like the Kia Sonet, Magnite, Kiger and Hyundai Venue. Moreover, the BSVI regime led to the Vitara Brezza having a definitive disadvantage as it is sold only with a petrol engine while the Korean duo offers an expansive range with 1.2-litre petrol, 1.5-litre diesel and a 1.0-litre turbo petrol engine. 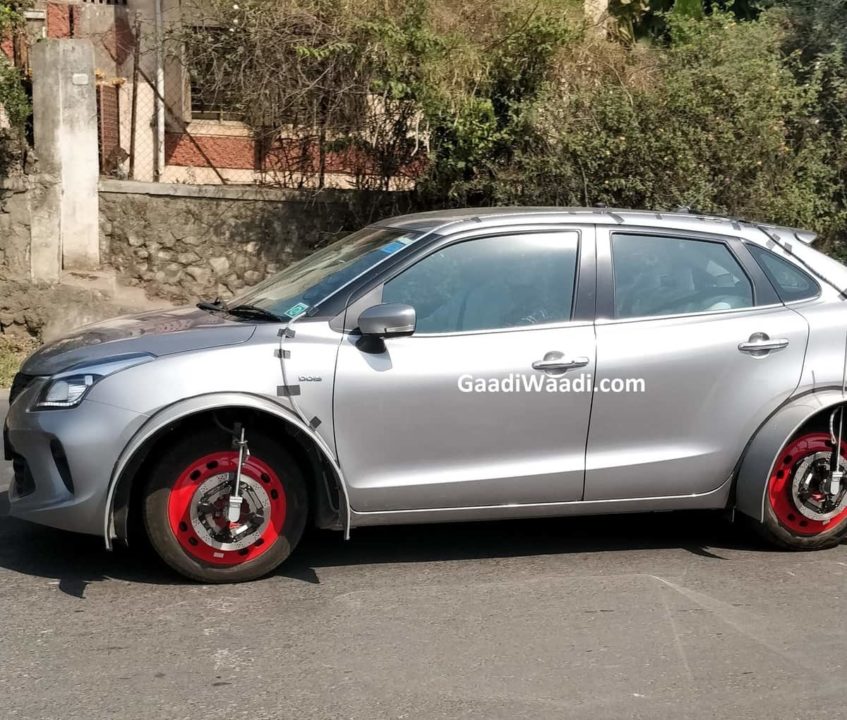 Referred to as the ‘sister car’ of Baleno, it will likely have several commonalities with the hatchback and expect it to be positioned below the Vitara Brezza. Currently, the Indo-Japanese manufacturer sells the S-Presso as its smallest SUV and thus the YTB could fit below the Global C platform based Vitara Brezza and it could target a similar market positioning as the recently launched Nissan Magnite, Venue, Sonet, Kiger and Tata Punch.

The S-Presso has priced from Rs 3.85 lakh to Rs 5.32 lakh while the Vitara Brezza costs between Rs. 7.61 lakh and Rs. 11.2 lakh (both prices ex-showroom, New Delhi). Thus, the Baleno based SUV/crossover could carry a price tag between Rs. 5.25 lakh and Rs. 8 lakh (ex-showroom) targetting a similar range of customers as the Tata Punch, which is all set to launch later this month.

As for the performance, a 1.2-litre naturally-aspirated K12C petrol could be offered with a five-speed manual and five-speed AMT options. We will have to wait and see what really pans out as no official details are out yet!