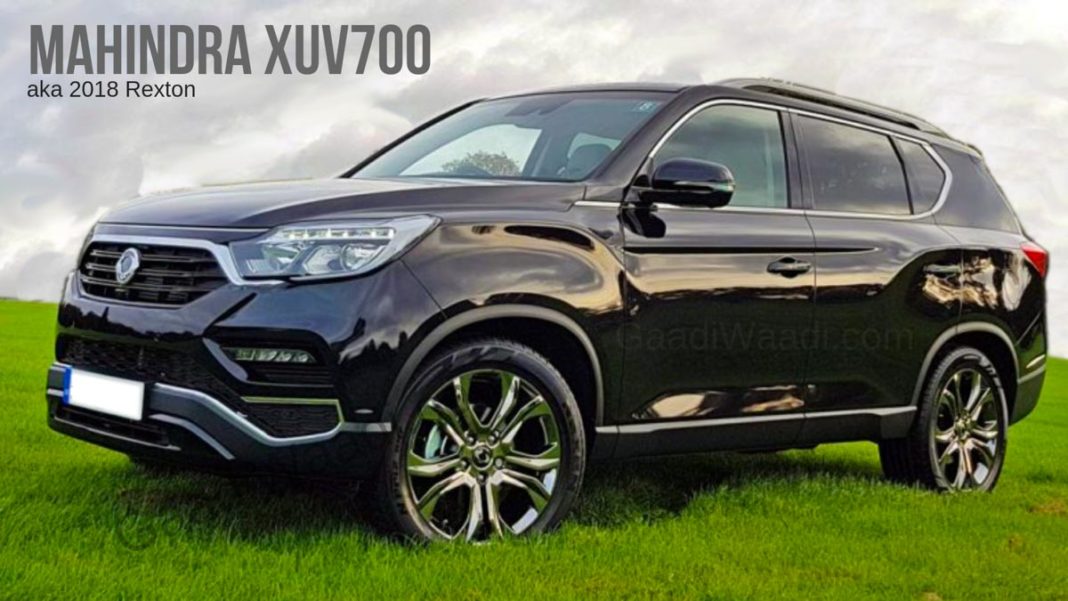 Mahindra will be launching their flagship SUV offering the XUV700 on 19th of November 2018 in India. The SUV was spotted testing on a number of occasions giving us a preview of what will it actually look like and how comfortable will be its interiors. But in this latest video, you can also notice how fast this SUV can go and also will also give you an idea of the soon to be launched SUV’s acceleration, handling capabilities and top speed.

The SUV was being tested on the highways of Karnataka while it was being chased by Tata Hexa occupants who were also recording the video. At one instance you can watch the XUV700 which is also known as Y400 internally doing speeds of 170+ kmph which is quite fast for an SUV of this size.

When the Hexa owners tried to chase the SUV and get close to the vehicle to get a better view the big SUV changed lanes quickly and went ahead which gives us an idea of its handling capabilities and acceleration. The XUV700 is a rebadged version of the Ssangyong Rexton which will be built at Mahindra’s Chakan plant.

This will be Mahindra’s flagship offering and positioned above the XUV500. The XUV700 looks big and much more mature than the current Rexton, it will also offer plenty of luxurious features as well inside the cabin. For the safety of the passengers, the SUV will feature class-leading safety features including ABS, EBD and 9 airbags.

Under the hood, the upcoming flagship offering from Mahindra will get the same 2.2-litre diesel engine which also powers the Rexton G4 in some International markets. The diesel unit produces around 187 hp of peak power and an equally impressive 420 Nm of torque.

The engine will be paired to a 6-speed gearbox while there will also be a 7-speed automatic transmission on offer too. The upcoming Mahindra XUV700 will take on the likes of the Ford Endeavour and Toyota Fortuner and will also be priced accordingly and in par with its rivals.