M&M trademarked the ‘Mahindra Javelin’ and ‘Javelin by Mahindra’ names a couple of months ago and they certainly pointed the finger at a special edition of the XUV700 celebrating the gold medal win of Neeraj Chopra at the 2020 Tokyo Olympics. Judging by the spy shots, it looks like Mahindra will also honour Sumit Antil.

The 23-year-old Paralympian won a gold medal at the Tokyo 2020 Summer Paralympic Games in the men’s javelin throw F64 category with a record-breaking throw of 68.55 metres. Commemorating the achievement, the Mahindra XUV700 Javelin Edition has a ‘68.55’ decal on the left lower section of the tailgate in golden colour with the javelin emblem.

In a similar fashion, Neeraj Chopra’s excellent track and field record by clinching the top step of the podium is honoured with ‘87.58’ decal on the tailgate and on both the special editions, the new Mahindra Twin Peaks logo is finished in golden colour at the front and the rear. The front grille is also painted in gold hue with vertical grille slats. 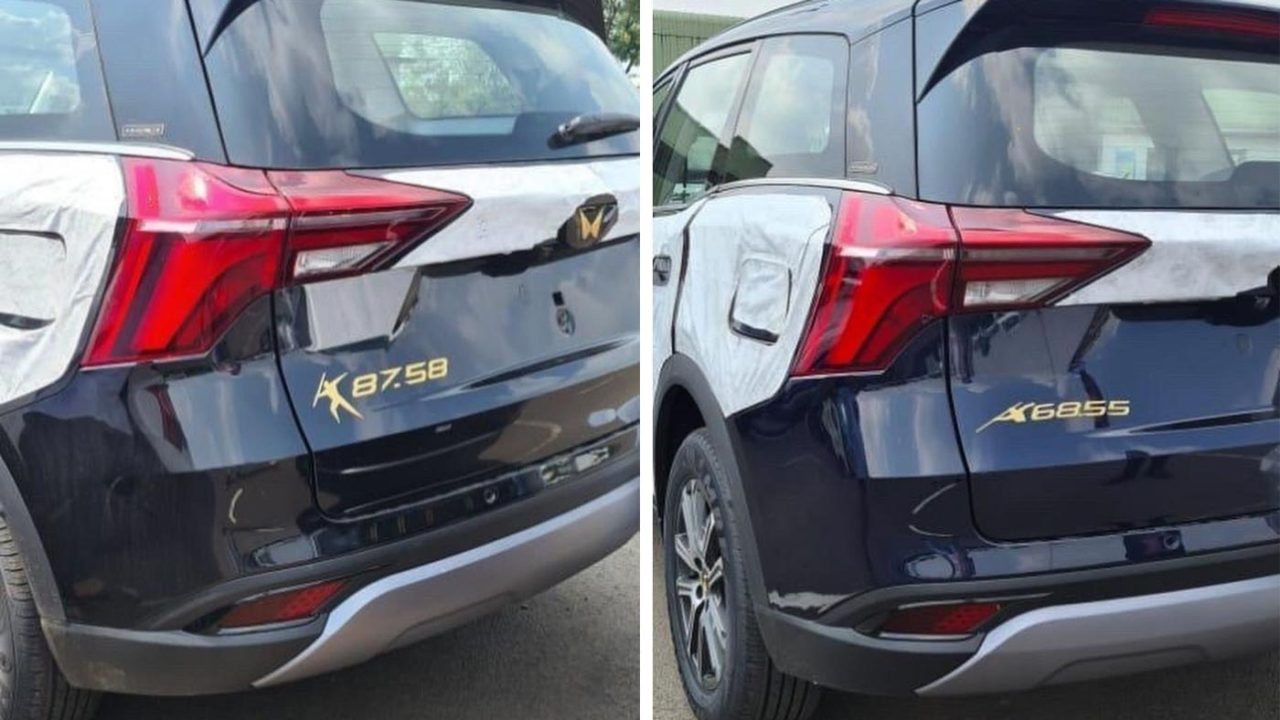 Other highlights are ochre shade soft-touch material on the dashboard with Javelin throw emblem, gold colour stitching giving an upmarket presence vibe, 87.58 motif for Neeraj Chopra and 68.55 motif for Sumit Antil, golden accents to the Midnight Blue exterior shade, and so on. The honourary editions come on the back of Anand Mahindra deciding to acknowledge both of their achievements by gifting the newly launched XUV700.

Mahindra commenced bookings for the XUV700 on October 7 and the first batch of 25,000 units was sold out in just 57 minutes. On the next day, the next batch of 25,000 XUV700s was booked in just two hours underlining the overwhelming popularity of the SUV that is offered in five- and seven-seater configurations.

Available in MX, AX3, AX5 and AX7 variants, the XUV700 is powered by a 2.2-litre diesel and a 2.0-litre turbo petrol engine with six-speed MT and six-speed torque converter automatic transmissions. It boasts of a twin-screen layout, the largest panoramic sunroof in its class, ADAS based assistive and safety technologies and so on.