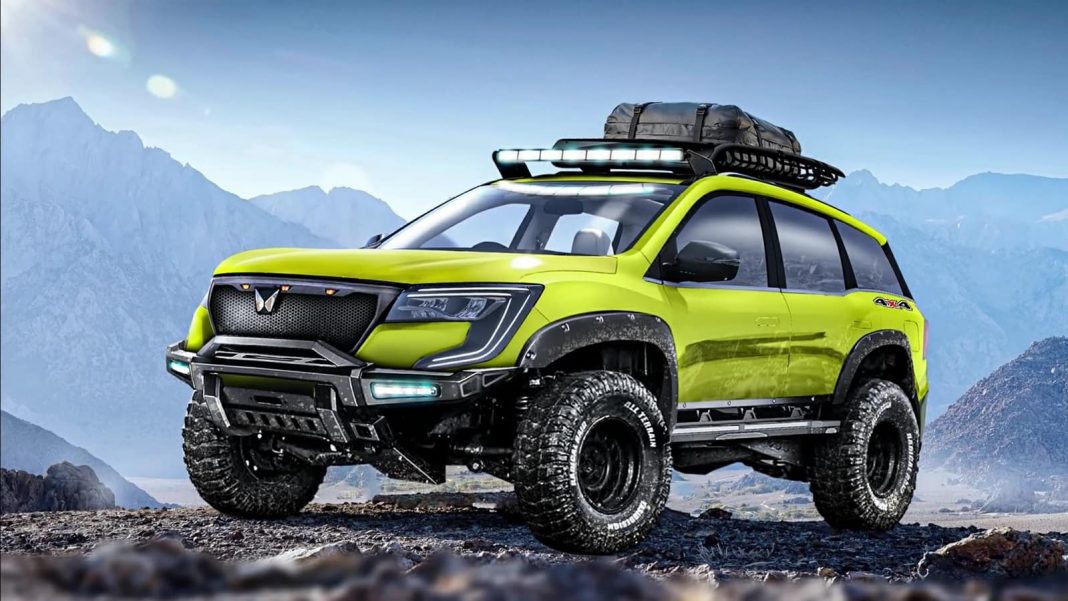 Check out this digitally modified Mahindra XUV700, which has been turned into a butch off-road SUV, ready to explore the wild

Mahindra & Mahindra officially unveiled the XUV700 last month, and the SUV is expected to go on sale in India very soon. It will have a starting price of Rs. 11.99 lakh (ex-showroom), and a total of 34 variants will be on offer. Even before the new Mahindra XUV700’s launch, a few digital artists are already showing off their skills on it, reimagining the SUV in different avatars.

Here, we have a digitally rendered model of the XUV700, which has been transformed into a heavy-duty off-roader. The video below, uploaded by GEN-X DESIGNS, shows us the complete design process. Firstly, the standard wheels and underbody were replaced by custom off-road units, and additional wheelarch claddings were added here.

The front bumper is a heavy-duty off-road unit as well, with integrated LED foglamps and a bash plate. Rock sliders/side steps have also been added here, and the ride height has increased significantly. The front grille is new as well, featuring a large mesh grille with tiny integrated LED lights. On the roof, we see a large luggage carrier and an auxiliary LED light bar.

The exterior of this digitally modified Mahindra XUV700 features a bright yellow paint scheme, which looks very flashy. Overall, we’re extremely impressed by this design, and we seriously wish that something like this existed in real life as well. That said, Mahindra will offer the XUV700 with AWD option, so the stock vehicle will have decent off-road capabilities.

Transmission options will consist of a 6-speed manual gearbox and a 6-speed automatic transmission, available on both engines. The SUV will be available in 5- and 7-seat configurations, and will go up against the likes of Tata Safari, MG Hector Plus, and Hyundai Alcazar in the Indian market.