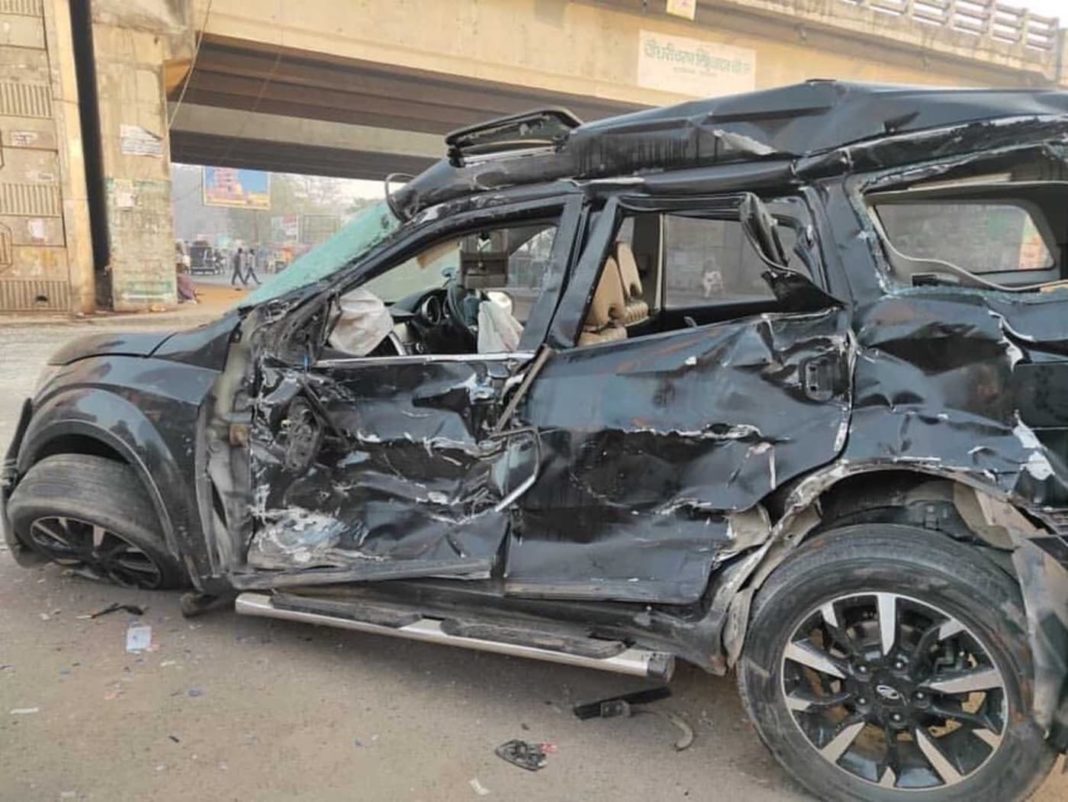 Here, we have an accident involving a Mahindra XUV500, wherein the driver managed to escape without any major injuries

Road accidents are quite common in India, and despite stricter laws and improved vehicle safety measures, the number of casualties is alarmingly high. According to the official figures, released by Ministry of Road Transport and Highways, a total of 4,80,652 road accidents were reported across India in 2019, in which 1,51,113 people had died. That said, there are plenty of accidents where people have survived as well, thankfully.

Here, we bring you one such story, where a vehicle involved in a crash kept its single occupant, the driver, safe. The accident happened in Darbhanga, Bihar, and the pictures of the crash show a huge impact to the left side of the vehicle, an XUV500. The accident was caused by a speeding bus, which disappeared from the scene immediately afterwards, amounting to a hit-and-run.

The front passenger door has caved in completely, and the rear door has also deformed a lot. The A- and B-pillars have been bent beyond all hope, along with the roof. Part of the sunroof can be seen popping out of the ceiling. The front left axle has bent downwards, along with the wheel. 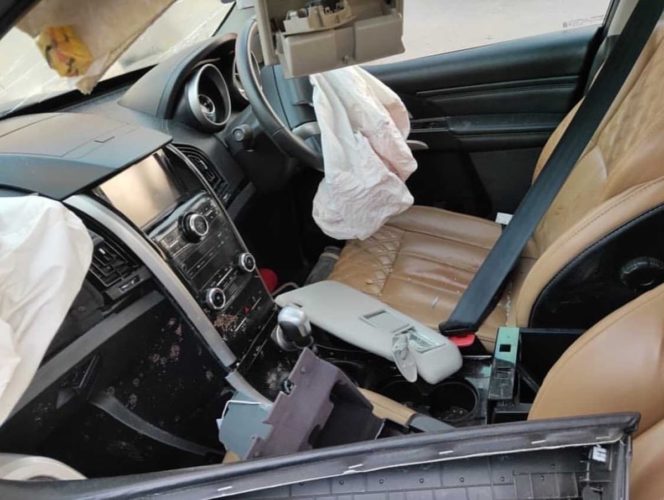 The windows and the rear quarter glass on the left side are completely smashed, and the front and rear windscreens are broken as well. In the cabin, we can see that both the front airbags have been deployed. The impact must have been massive, as the sunglass holder is broken as well, and the driver’s side sun-guard is lying on the centre console.

The driver thanked the vehicle online for keeping him safe during this accident. The Mahindra XUV500 has a lot of safety features available, like six airbags (on higher variants, dual front airbags as standard), ABS with EBD, side-impact beams, and disc brakes on all wheels. The vehicle has a 4-star overall safety rating, as per ANCAP crash test results. 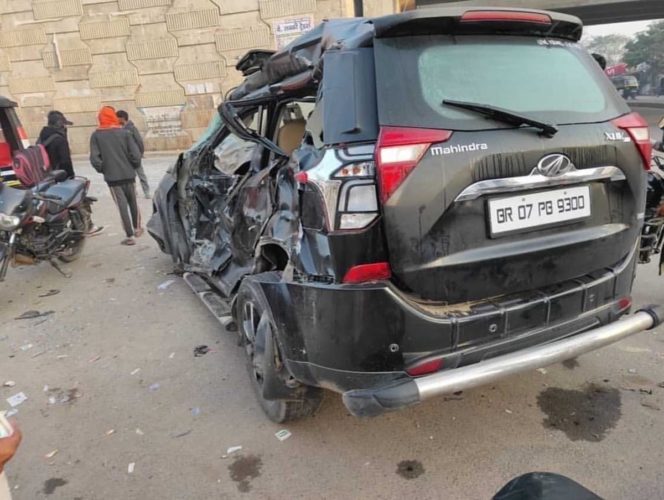 Mahindra XUV500 was first introduced in the Indian market back in 2011. Now, almost a decade later, the vehicle has begun showing its age. Thankfully, the next-generation model is set to arrive soon, expectedly during the second quarter of the next year. The new model will offer a lot of premium tech, like a digital cockpit, and even level 2 autonomous driver assistance tech.