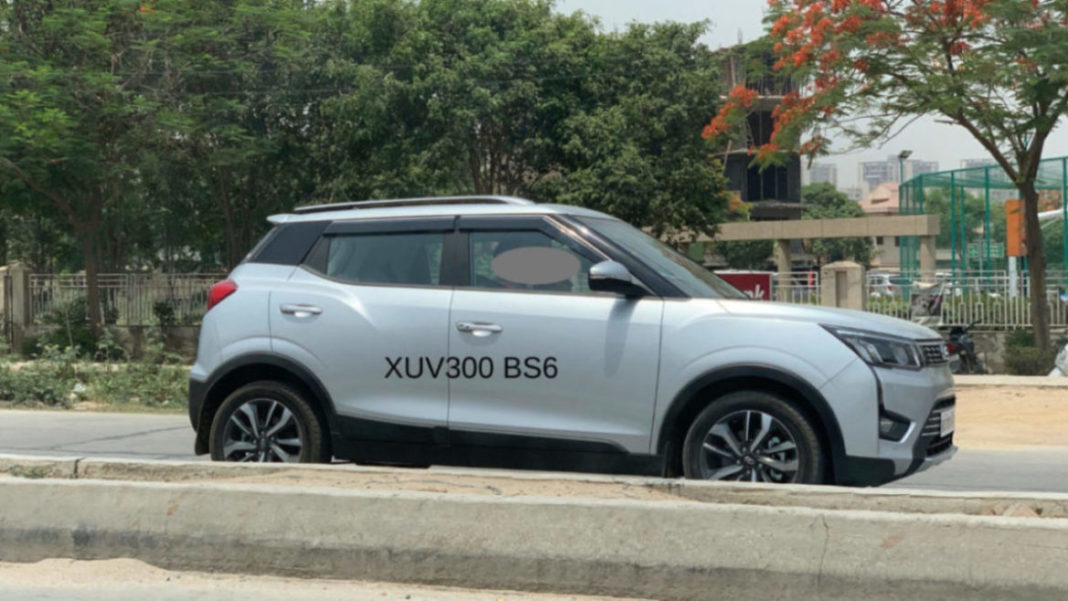 Mahindra commenced road testing of BSVI variant of XUV300 and the test mule has been spotted on the Chennai-Tindivanam highway. The only change on the XUV300 compared to the regular model is the BSVI sticker on the fuel filler cap. According to Motor Vikatan, the BSVI XUV300 is powered by a diesel engine instead of the petrol option.

The petrol engine is also a new 1.2 L turbocharged unit as it produces 111 PS of power at 5,000 rpm and 200 Nm of torque at 2,000 rpm – 3,000 rpm. Both these engines are mated to 6-speed manual gearbox. The company officially introduced the XUV300 in February and the compact SUV has been selling really well.

Mahindra is planning to expand the lineup with an automatic variant, which will be introduced later this year. Initially, the XUV300 will be offered with an AMT gearbox and later it will be replaced with a proper automatic gearbox. The XUV300 is based on the same platform as SsangYong Tivoli as both models share lots of components.

The exterior design theme of XUV300 and Tivoli are different as Mahindra has given new front grille, which is similar to the new Alturas and the design of the headlamps is also new while the LED DRLs extend towards the fog lamps. The company has given 17-inch alloy wheels and the rear gets tail lamps along with a new bumper.

The interior design of XUV300 is similar to the Tivoli as the company has lots of features like touch screen infotainment system with Android Auto and Apple CarPlay, dual-zone climate control, heated exterior mirrors, steering modes, sunroof, reverse camera with parking sensors, 7-airbags, ABS with EBD, ESP with Roll-over Mitigation  and more.