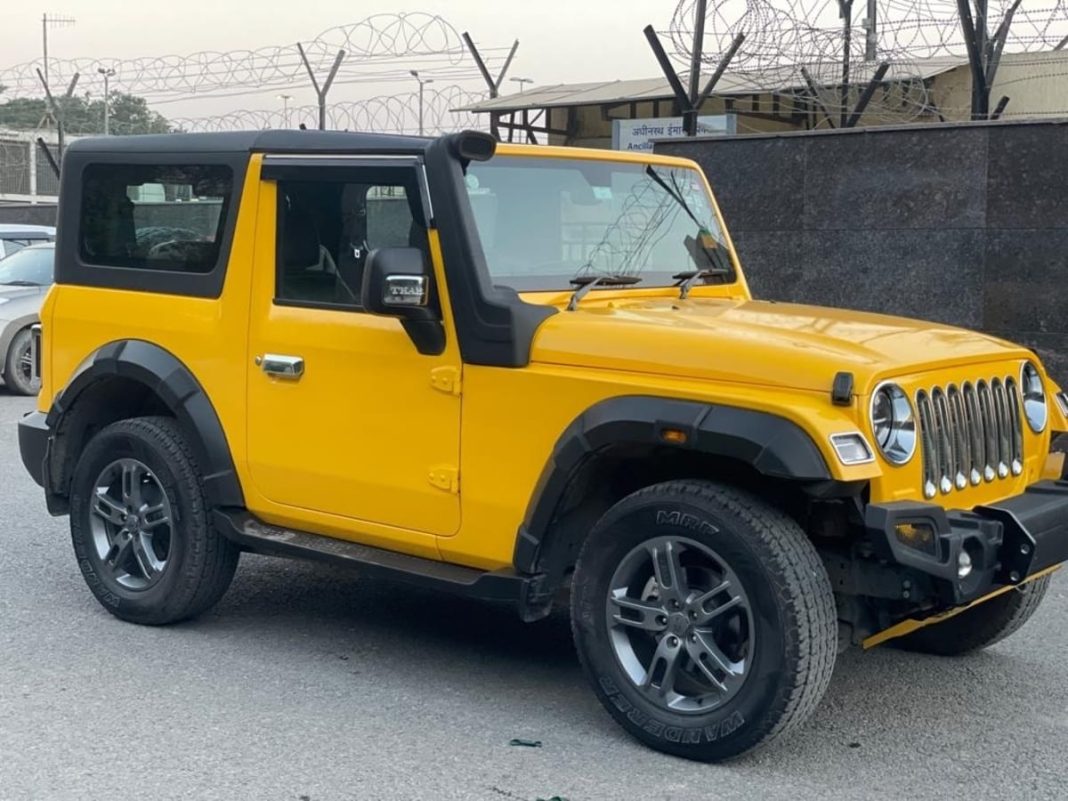 Check out this beautifully modified Mahindra Thar, which features a yellow body wrap, some off-road mods, and an upgraded interior

The second-generation Mahindra Thar was launched in India in October last year. Since its launch, the SUV has found itself in extremely high demand, with the waiting period now stretching up to twelve months! Being a lifestyle SUV, the Thar attracts a lot of auto enthusiasts, most of whom love to customise their rides!

We have featured plenty of modified Mahindra Thar SUVs on our page to date, most of which featured extensive and beautiful mod jobs. Here, we bring you another such example. Pictures of this particular customised Thar were shared by Annkush Sahai, and the mod job has reportedly been performed by New Delhi-based Accessories the Shoppe.

The biggest change on the vehicle is its yellow full-body wrap, which makes it a head-turner in the truest sense of the word. At the front end, the SUV gets a new offroad-style bumper with a large skid plate. It also gets a new radiator shield, painted in the same yellow colour as the body wrap. We also see LED headlamps and LED foglamps here, and a snorkel has been added as well, to improve the water wading capability. 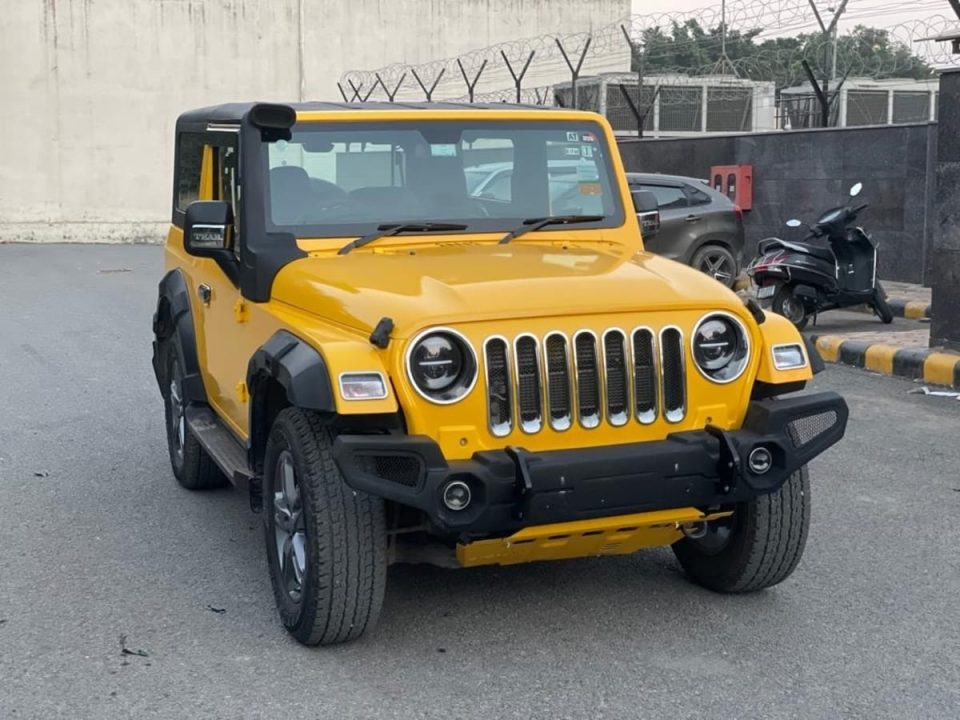 The interior of the SUV has seen plenty of changes as well. It gets new seat covers with yellow stitching and thigh support, and the steering wheel also gets a similar wrap with yellow stitching. The audio system has been upgraded, now featuring Morel speakers. Rear armrests have been added to the Thar, for better comfort in the second row.

No changes have been reported to the powertrain of the SUV. Mahindra Thar is available with two engine options in our market – a 2.0L petrol unit and a 2.2L diesel unit. The former is good for 150 PS and 320 Nm (300 Nm for MT variants), while the latter can generate 130 PS and 300 Nm. 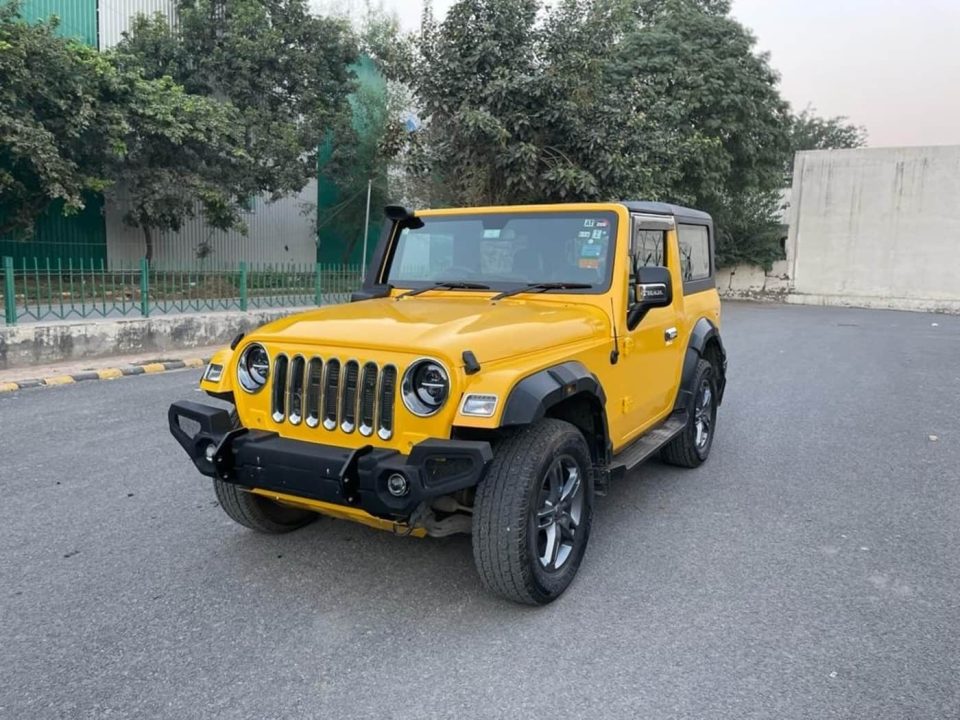 Both the engines can be had with a 6-speed manual gearbox or a 6-speed torque-converter automatic transmission. A four-wheel-drive system with a low-ratio transfer case is offered as standard here. The price of Mahindra Thar varies from Rs. 12.78 lakh to Rs. 15.08 lakh (ex-showroom, New Delhi), and it currently only has one direct rival in India – Force Gurkha.