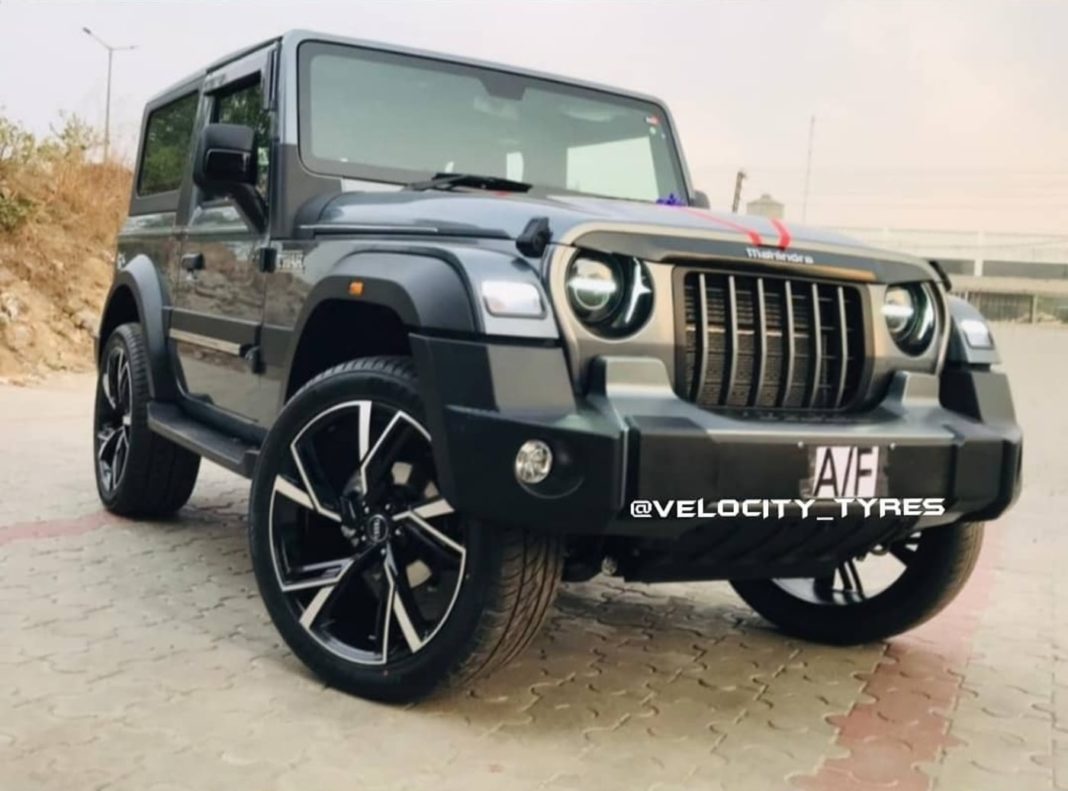 Here, we have a Mahindra Thar, customised by Velocity Tyres, which wears a set of beautiful 22-inch aftermarket alloy wheels

Mahindra & Mahindra launched the second-generation Thar in the Indian market in October last year. The Thar enjoys a lot of popularity among auto enthusiasts, and despite being a relatively new product, it has strong aftermarket support in our country. A lot of owners love to modify their Mahindra Thar, and plenty of customised examples can be seen roaming around the streets of India.

Here, we bring you another modified Mahindra Thar, which sports a set of 22-inch RPM alloy wheels. The mod job has been performed by Velocity Tyres, an auto shop based in Ludhiana, Punjab. These aftermarket wheels have a beautiful design with a machine-cut finish, and they resemble the ones on the 2021 Audi RS6 Avant.

The modification is quite simple yet extremely eye-catchy, and the new rims fill the wheel arches nicely. However, there are a few downsides to upsizing wheels on a vehicle. Larger wheels put more stress on the suspension system and degrade the overall ride quality. Also, bigger wheels with lower-profile tyres compromise the off-road capabilities of an SUV, so if you’re the type who loves to explore the wilderness, such customisations aren’t for you. 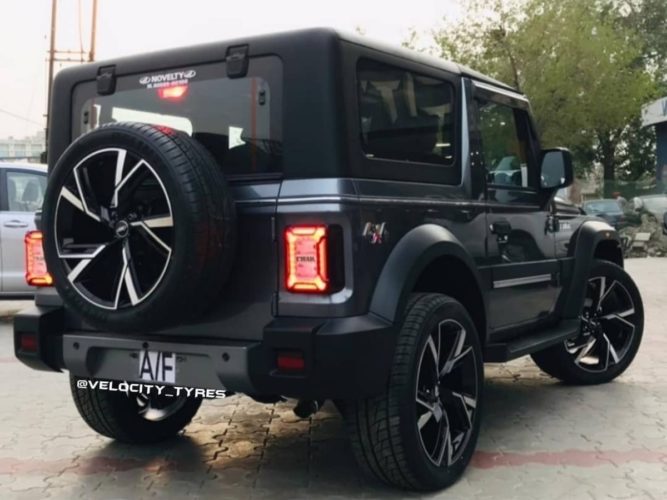 There are two transmission options available with both the engines – a 6-speed manual and a 6-speed torque-converter automatic. The SUV also gets a 4×4 system as standard, complete with a transfer case. Buyers also get the choice between a hard-top roof and a soft-top convertible roof. 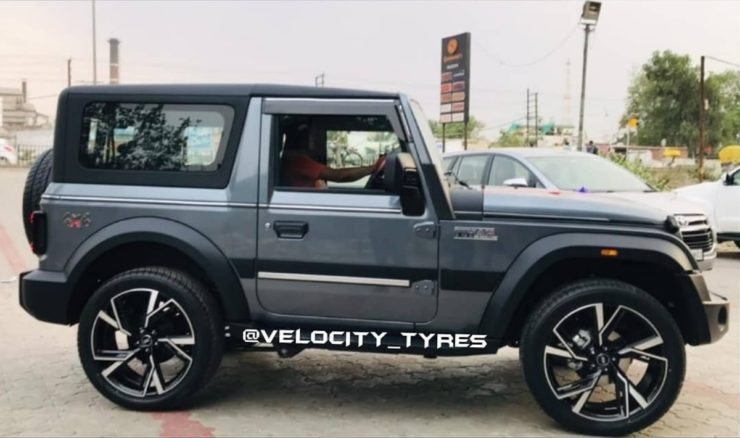 Mahindra Thar is currently priced from Rs. 12.11 lakh to Rs. 14.16 lakh (ex-showroom, New Delhi). At the moment, the SUV doesn’t have any direct competition in the Indian market. That said, Ford Gurkha BS6 and Maruti Suzuki Jimny (5-door version) are slated to launch in the near future, which will be direct rivals to the Thar.