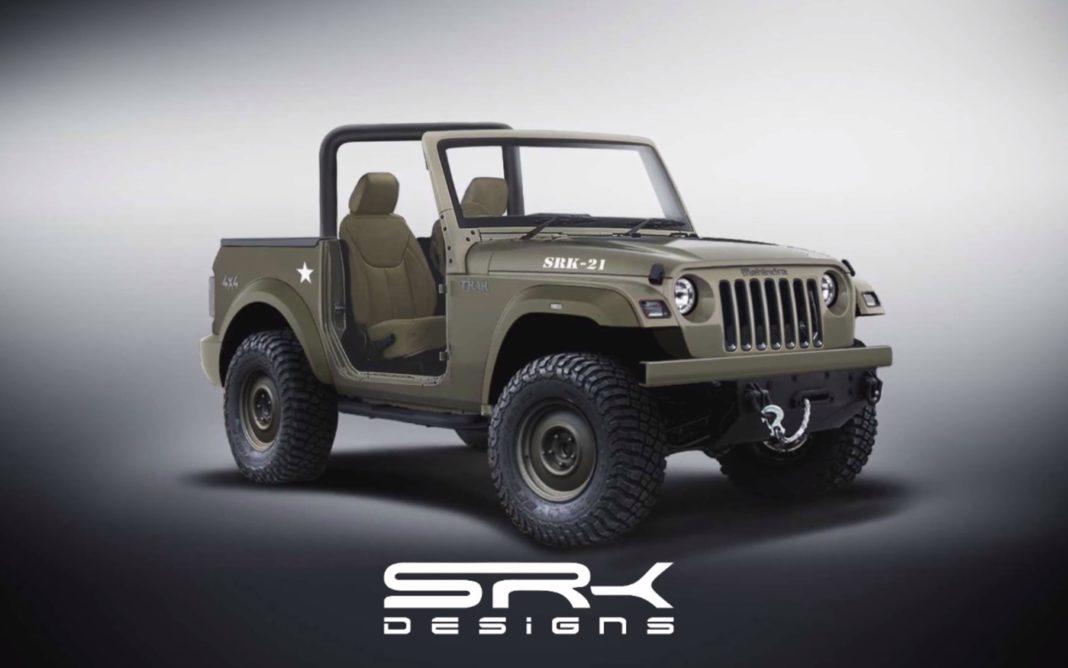 Mahindra & Mahindra launched the second-generation Thar in India back in October 2020. The SUV has been enjoying a lot of popularity among buyers in our market, with the waiting period currently extending up to 10 months for select variants! Even though it is a relatively new vehicle, we’ve already come across plenty of modified examples of the new-gen Thar, some of which are masterful custom-builds.

Here, we have a digitally modified Mahindra Thar, named ‘Classic Edition’, which sports Willys Jeep-inspired styling. This rendering has been created by SRK Designs, and the entire process has been documented in the video below. As for the design changes, we see that the stock front bumper has been replaced by an off-road-spec metal bumper, complete with a winch and two towing hooks.

The front grille has been replaced by Jeep’s signature seven-slot grille, which looks way cooler. The SUV has been given olive green paint, including on the wheel arch claddings. The roof and doors have been removed, and rock sliders have been added. The SUV also sports a set of olive-coloured steel wheels, shod with knobby tyres.

The stock roll cage of the Thar has been replaced by a bare-bones roll protection bar. The front windshield isn’t hinged like the original though. The seats get olive-coloured upholstery, to match with the exterior, and a few decals have been added on the body to complete the look. This is perhaps one of the most interesting concept vehicles based on the Thar that we’ve come across. 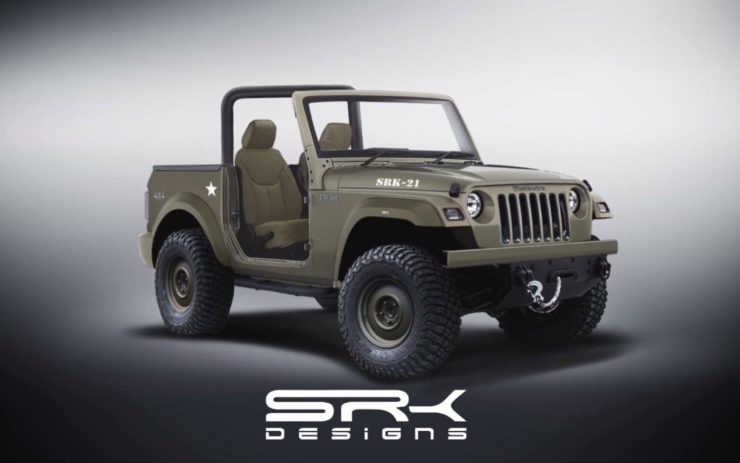