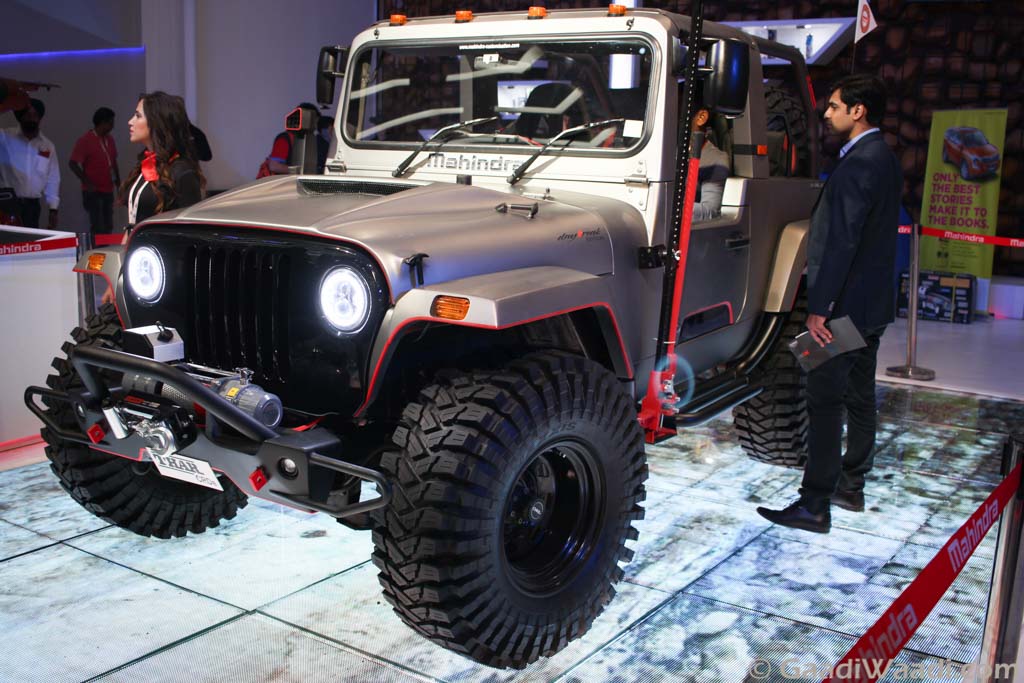 The show floor of Mahindra and Mahindra has become an instant highlight of the ongoing Auto Expo 2016 with crowds flocking to see the cars displayed in aplenty. Mahindra Customization played a significant part in making the entire showcased products exhibit the vibrancy of an aftermarket sales bonanza.

The headline snatcher from the Indian SUV manufacturer has obviously been the XUV Aero Coupe concept as it has given a glimpse into what a domestic car maker is capacitated with in providing a premium offering. The Design Studio set up to avail the behind-the-stage look into the XUV Aero as well as the debut of SsangYong Tivoli and e20 Sport GT EV certainly are thrilling the audiences.

Mahindra’s Adventure Zone has done its fair share in enticing the show spectators with the unveiling of the Mahindra Thar DayBreak Edition. DayBreak refers to first light of the day and therefore it’s an appropriate moniker for the special edition of Thar that was built to tackle the narrow roads and off-roading terrain in the first place.

The Thar off-roader is the one for adventure-obsessed customers who seek to find a path where it doesn’t exist from the daybreak and until the daylight. The customised version of the potent 4×4 known as the Midnight edition was revealed at the Auto Expo 2014 and the DayBreak followed it up and fitted the bill quite perfectly. Mahindra had no intentions to make any mechanical changes as the Thar DayBreak Edition was powered by the same 2498 cc NEF TCI- CRDe four-cylinder diesel engine capable of producing 105 bhp maximum power at 3,800 rpm and 247 Nm of peak torque at 1,800 rpm. The power is transferred to all the four wheels through a five-speed manual transmission.