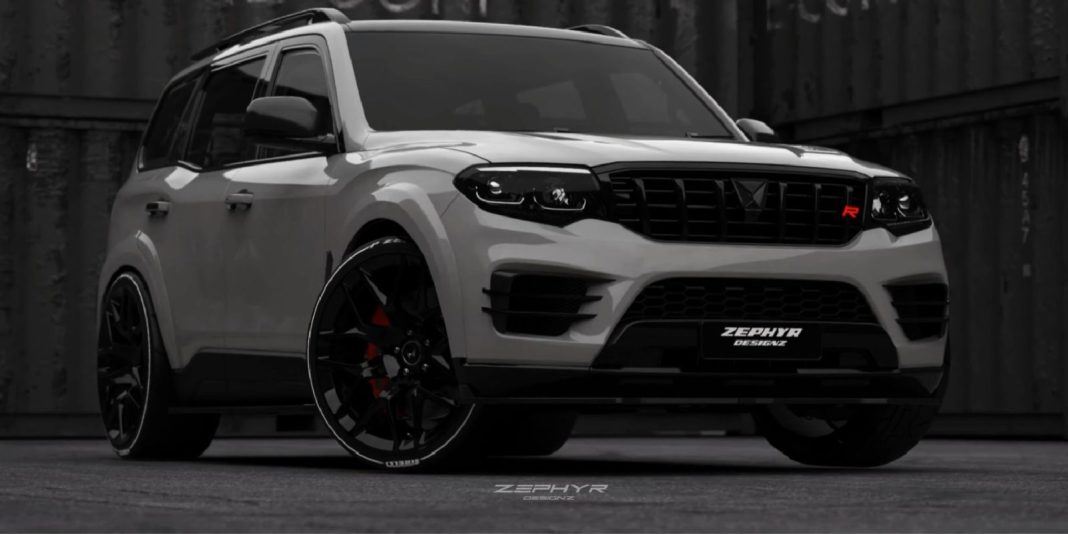 Mahindra & Mahindra have been making all the waves since the launch of the Scorpio N in the domestic market. With an expansive range, brand new design and a new chassis, the new generation Scorpio’s premium nature has also been elevated as the interior is a radical departure compared to the old model with more upmarket equipment and technologies.

The Scorpio does have a cult following in India and enthusiasts do make their wild dreams alive by modifying their SUV and independent artists would pull off some magic too with realistic renderings. Based on the all-new Scorpio N, Zephyr Designz has created an R version of the SUV and a Hemi V8 has also been employed to make matters more interesting.

The Scorpio N has inherent off-roading characteristics courtesy of its new ladder frame construction and its rugged looks have been pushed up a notch thanks to a new body kit, accentuated by carbon fibre inserts on the side air inlets, contrast R badge on the black chrome like carbon fibre front grille with vertical slats, fender extensions, mirror caps, etc. 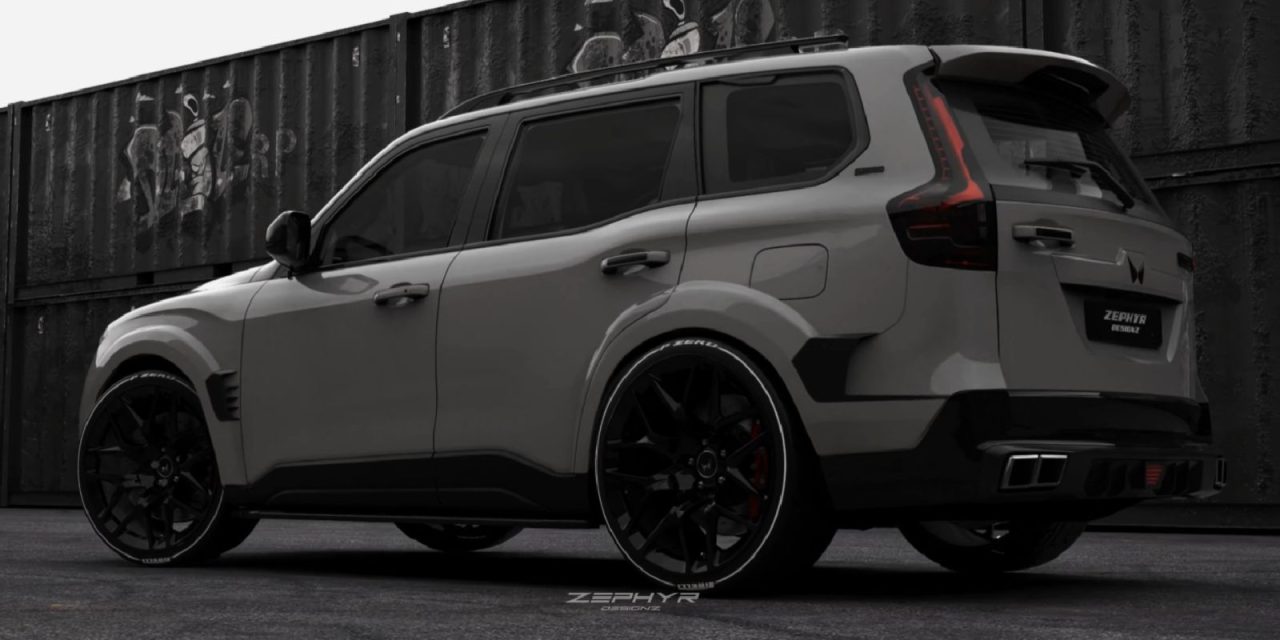 The rear bumper has been redesigned with faux air vents while a new diffuser and quad exhaust outlets add to the aggressive stance. Other visual highlights in the Mahindra Scorpio N R are smoked-out LED headlamps, smoked-out tail lamps, tinted windows and so on. A set of new alloy wheels running on Pirelli P Zero tyes along with a lowered suspension system are also given.

You could also see large brake discs with red painted callipers. The rendering artist has added a 6.2-litre Hemi V8 supercharged engine borrowed from the Dodge Challenger Hellcat, which is good enough to generate a maximum power output of 717 PS. The stock Scorpio N is equipped with a 2.2-litre four-cylinder mHawk turbo diesel and a 2.0-litre four-pot mStallion petrol engine. 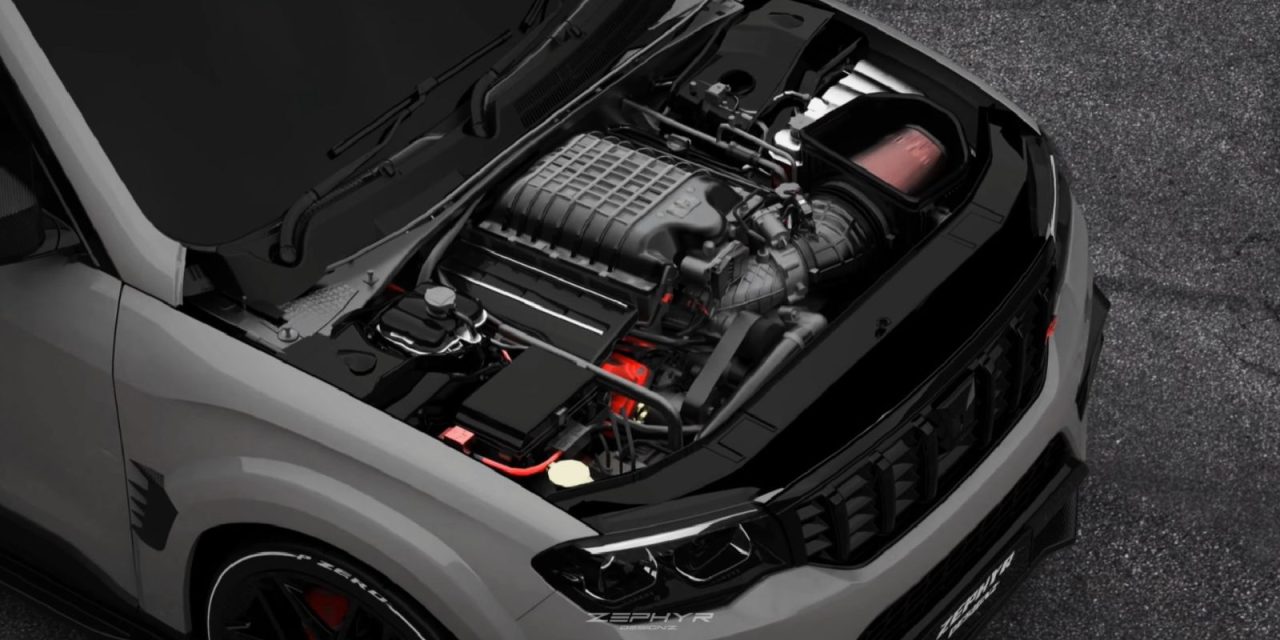 The former produces a maximum power output of up to 175 PS and 400 Nm while the latter kicks out up to 203 PS and 380 Nm. The powertrains are linked with either a six-speed manual or a six-speed torque converter automatic unit with 4WD as an option in the high-end diesel. The 4WD system boasts traction modes namely Sand, Mud, Grass and Snow.