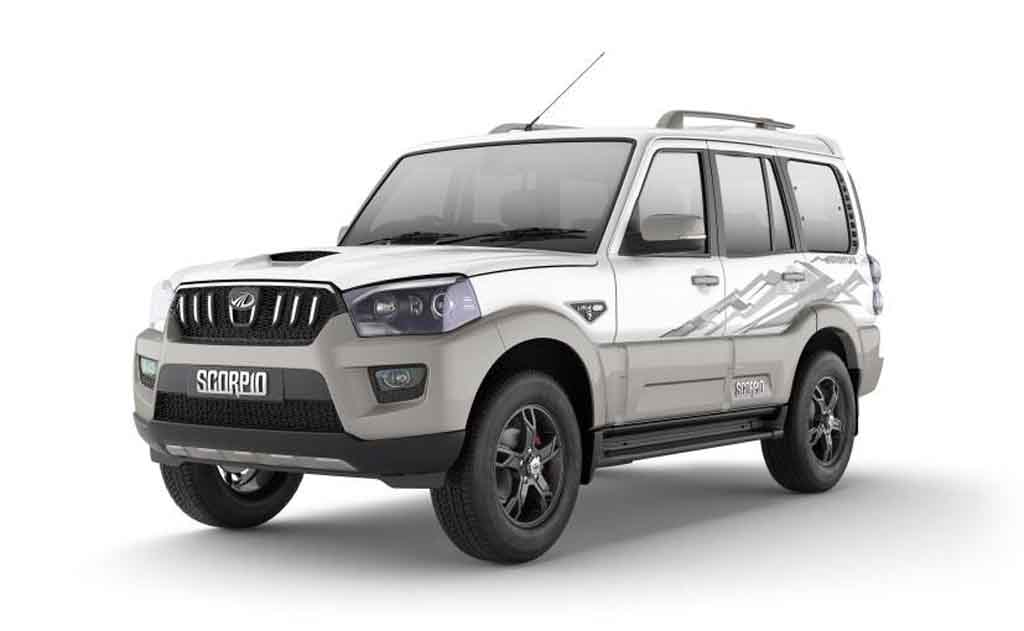 Mahindra Scorpio automatic variants had so far been sold in S10 grade; could be discontinued to make way for a newer version

Mahindra & Mahindra has so far been selling automatic variants of the popular Scorpio in S10 grade with two-wheel-drive or four-wheel-drive configuration. It has emerged that both the options have been discontinued from the entire lineup. The pricing details have been removed as well as Mahindra seems to be reducing the payload of the not-so-desirable variants?

The exact reason why the axing of automatic variants from Scorpio’s stable had taken place is yet unknown. The news surfaced online when the official twitter handle of Mahindra Scorpio was enquired about the sudden removal of the automatic variants and their pricing from the microsite by a twitter user. 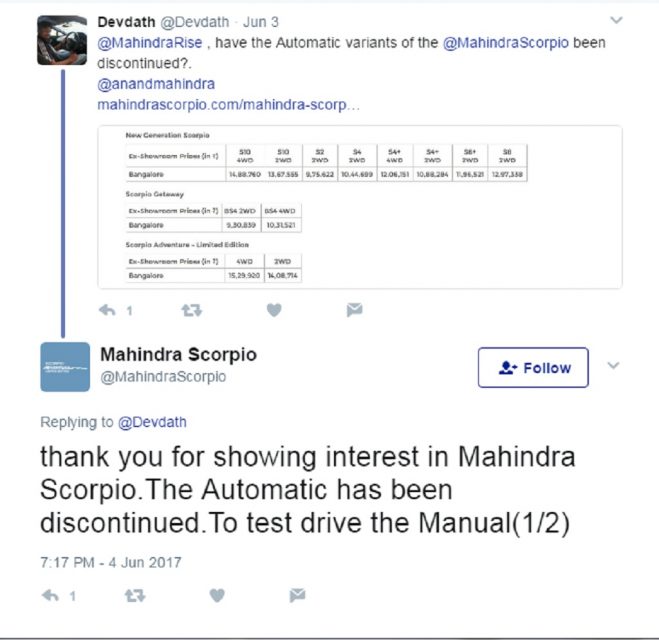 In reply, the confirmation of “The Automatic has been discontinued” was mentioned by the official handle. Part of the reason for the removal could be that Mahindra could be working on a new automatic gearbox that might make its way into the Scorpio facelift expected next year.

The updated Scorpio was recently spied testing in India for the first time and is likely to bear minor exterior modifications with interior refreshments. The first mid-life revision since the new generation was launched could come with additional safety and equipment making the model more appealing. 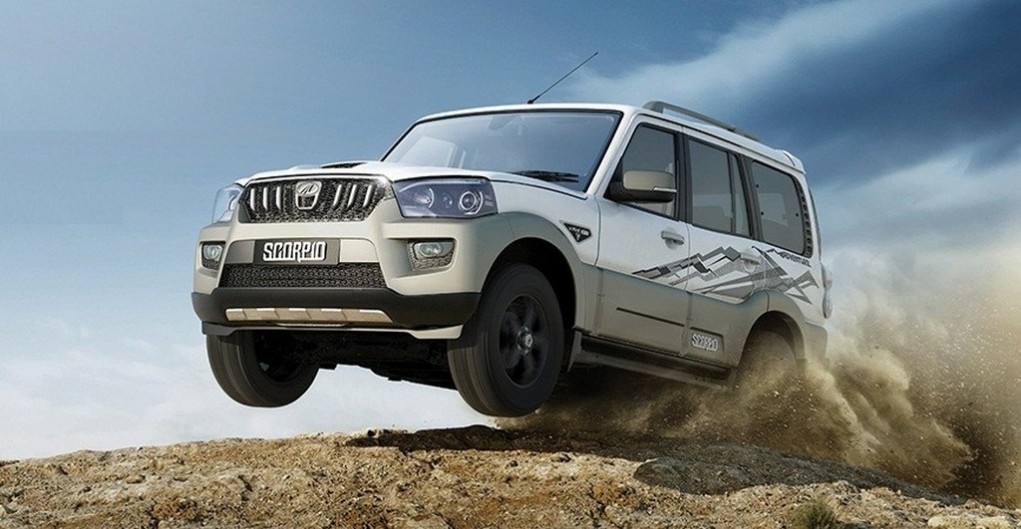 Mahindra has removed details as well as pricing of the Mahindra Scorpio Automatic variant (exclusive to the S10 2WD and 4WD variants) from its microsite, as well as confirmed through the Scorpio’s official twitter handle that the variant has been discontinued.

We suspect Mahindra could be ditching the exiting six-speed torque converter unit for a more upgraded six-speed Aisin automatic transmission. It is the same gearbox found in the flagship XUV500 connected to the 2.2-litre diesel engine that also powers the current Scorpio.

As the facelifted XUV500 is rumoured to move towards the more powerful mHawk170 version, the new Scorpio may as well switch towards the 140 bhp producing 2.2-litre turbocharged diesel mill – 20 bhp more than what it currently develops. Presently, the Scorpio range in India starts from Rs. 9.00 lakh and it goes all the way up to Rs. 15.35 Lakh (ex-showroom, New Delhi) for the range-topping diesel.