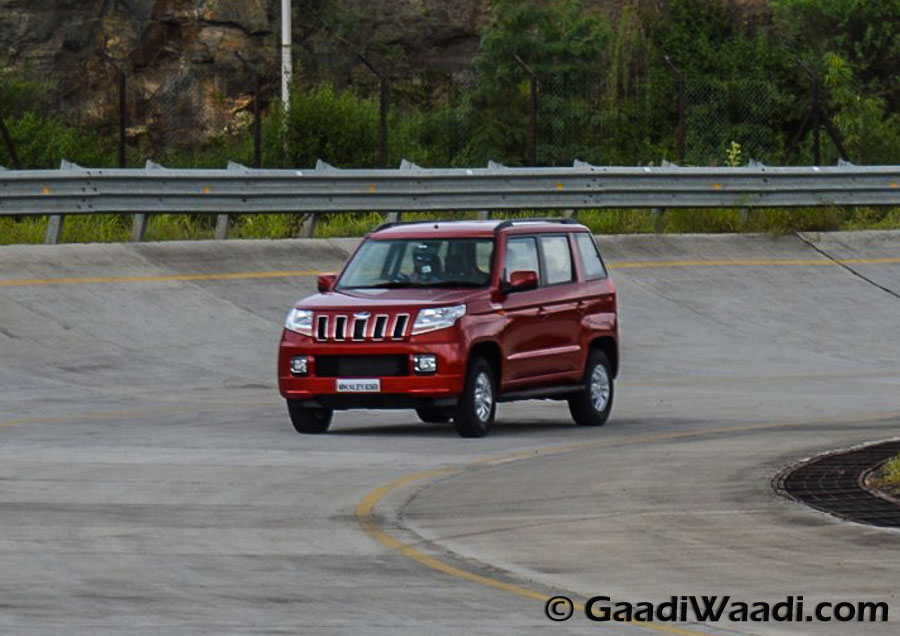 Mahindra plans to ramp up TUV300 production from 5,500 to 6,000 units per month to meet growing demands among customers

Created from the ground-up in Mahindra’s Chennai facility, the TUV 300 has taken design inspirations from a ‘battle tank’ and was carved out with styling inputs given by world-renowned design firm Pininfarina. With short front and rear overhangs, the SUV gets a sporty appeal influenced by the raised shoulders, high front nose, flat roof and ample ground clearance.

Priced between Rs 6.9 lakh and Rs 9.12 lakh, Mahindra TUV300 was the first SUV in the country to come equipped with AMT gearbox when it was launched in September.

In less than two months since gracing showrooms, the ramp up in production rate from 5,500 to 6,000 units monthly has come in the wake of the overwhelming response the compact SUV received from the customers. The salient Indian manufacturer has been rolling out at the rate of 4,000 TUV 300 units initially. But having attained 15,500 bookings within just two months, Mahindra is quick to react to bring the waiting period of 4-6 weeks down as it’s preparing to increase the production upto 6,000 units in three months’ time according to a report from EconomicTimes.

Under the rather straight bonnet, sub-four metre compact SUV is powered by 1.5-litre, three-cylinder, mHawk80 diesel engine which is tuned to produce 84bhp power @3,750rpm and 230Nm of peak torque @1,500-2,250rpm paired to either a five-speed manual or an AMT gearbox which accounts for 40-45% of the total bookings. The mileage is claimed at 18.09km per litre.