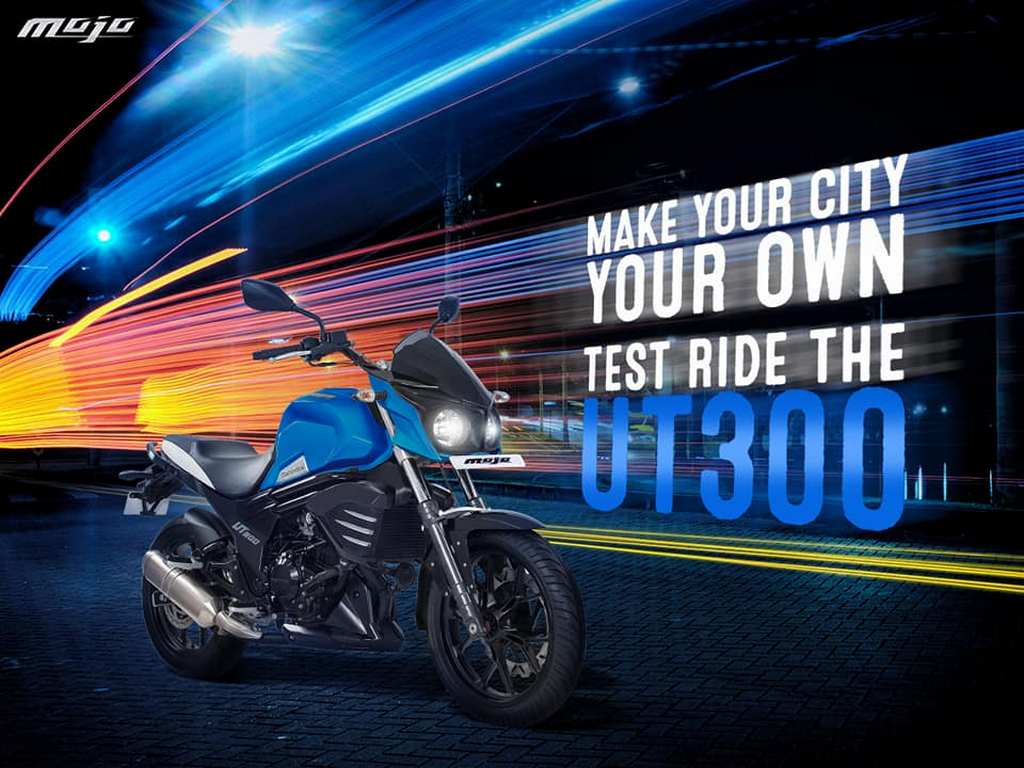 Few months back, a low cost version of Mahindra’s flagship Mojo was spotted doing test runs revealing most of its details. The bike has finally managed to make it to the showrooms with an official launch today following teasers on social media streams just a week ago.

The low cost variant named ‘Mojo UT300’ (Universal Tourer) is being made available for pre-order in select showrooms as well and its introductory price has been revealed. The motorcycle has several new elements aiming at significant cost cutting to make the Mojo accessible for a large band of buyers.​ Here is everything you need to know about the Mahindra Mojo UT300: 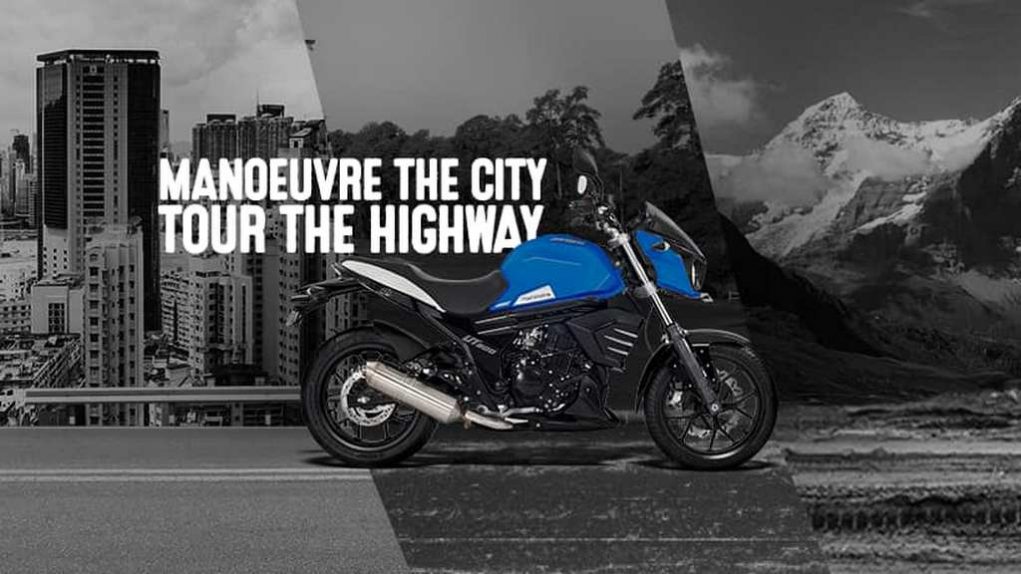 To start off with, the biggest mechanical change is the presence of conventional forks up front as it ditched the inverted units that comes in the existing model. The alteration it makes in riding dynamics could be substantial.

Also, the motorcycle also features a single exhaust instead of two outlets i​n​ the regular Mojo. The Mahindra Mojo UT300 sacrifices a EFI fuel injection system and use a carburetor for fuel supply and it could impact in the performance figures by some extent. The tyres also have different tread pattern in comparison to regular model as MRF rubber is used as opposed to the stickier Pirelli Diablo Rosso II.

This is not where the list of cost cutting measures come to an end as the ‘newest city sticker’ has been fitted with a single horn as against dual set up for the current model as well. It also lacks LED Daytime Running Lights and gold accents seen on its regular sports touring sibling.

The Mahindra Mojo is currently facing tough competition from rivals like Bajaj Dominar 400 and KTM Duke 250. The selling numbers of this motorcycle are really not big and hence, the company must be have thought other ideas to raise the sales by introducing a more affordable variant and we finally have it in the market.

The existing Mahindra Mojo gets its power from a 300 cc, ​liquid-cooled, single cylinder engine that comes mated to a six-speed transmission. The engine develops a maximum power output of 27 bhp ​along with a peak torque of 30 Nm. The same engine could produce little less power in the low cost variant.

The regular Mojo is currently on sale at the company’s dealerships across India at a price of around Rs. 1.74-1.92 lakh (ex-showroom, New Delhi). However, courtesy of the cost cuts, the UT300 comes with introductory price of Rs. 1.39 lakh (ex-showroom, New Delhi) for the customers buying on or before March 31. The price will be increased by Rs. 10,000 starting next month.