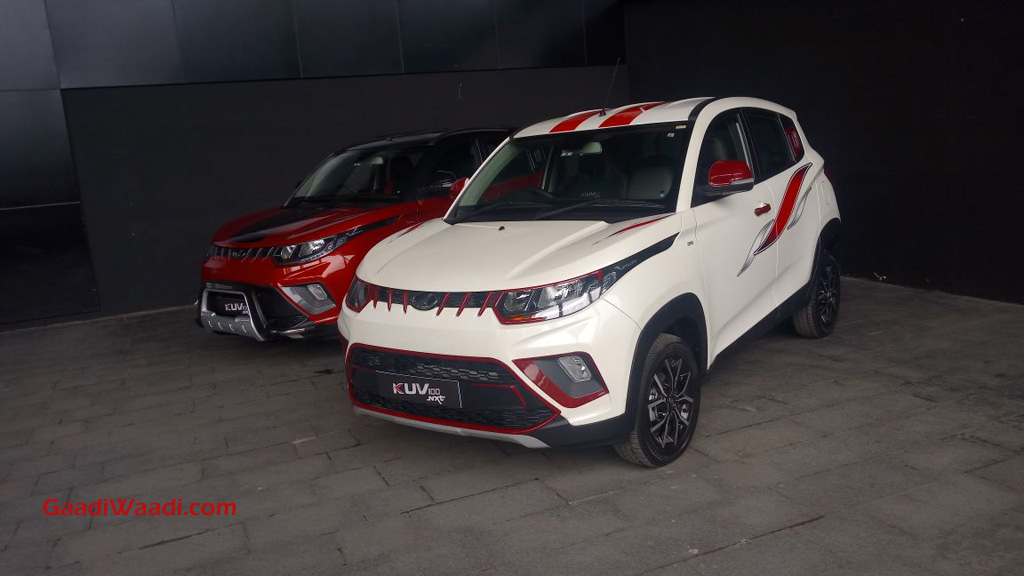 Mahindra has just launched the KUV100 NXT in India priced from Rs. 4.39 lakh (ex-showroom, New Delhi). The facelifted KUV100 appears with a very stylish stance compared to the pre-facelift model and it also gets several upmarket features enhancing the appeal further. Overall, Mahindra left no stones unturned in order to make this car a complete attractive package for the buyers.

The homegrown automaker displayed two customised KUV100 NXT models during launch that show how the car can be accessorised to make them distinctive. There is a dual-tone colour scheme option on offer with the range topping K8 trim. Apart from that, the customisation options include special contrast body paint on the hood and roof. 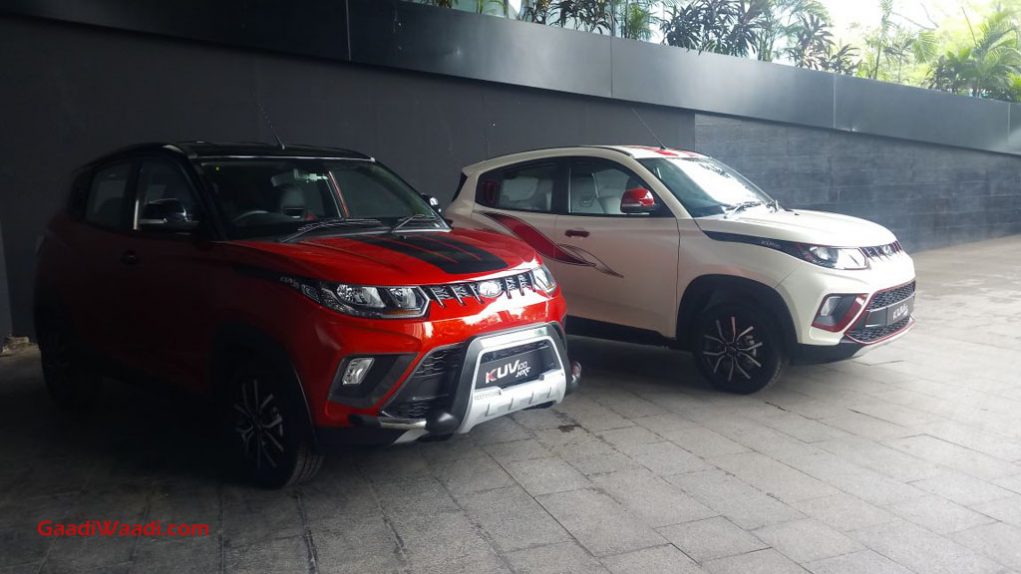 The vertical slats at the front grille can be painted in red with red trim highlighting the headlamps. There is a red trim on offer highlighting the large black air intake with honeycomb mesh and the large fog lamp housings also get red paint schemes. Also, Mahindra offers a chunky front bumper guard as well. Other customisation options include sporty body graphics, red ORVM caps, red trim at rear passenger door handles that are positioned at C pillars and rear bumper guard along with red painted fog lamp housing.

In a bid to make the refreshed KUV100 appealing, Mahindra is offering several accessories for the interior as well. These include sporty black seats with red contrast lining and KUV100 NXT badge, red contrast stitching on multifunction steering wheel, red trims on dashboard and floor mats. The carbon fibre finish on the top of dashboard also enhances its style further. 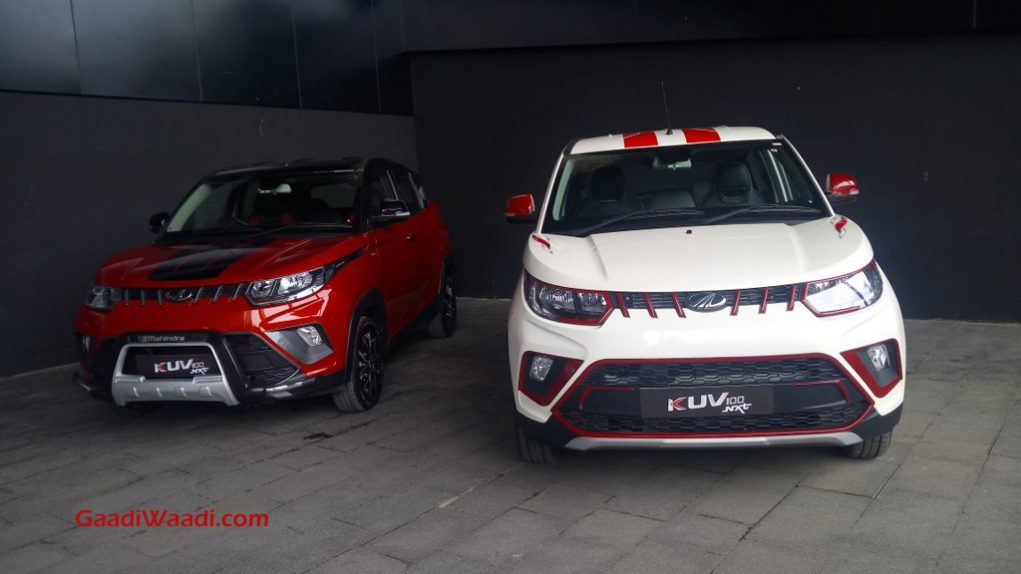 Interestingly, Mahindra is not living any chance to make the KUV100 NXT a very interesting product. The brand has confirmed the launch of an electric version of this model in late 2018. Apart from that, the car will receive an AMT gearbox within next five or six months that will be available in both petrol and diesel models.