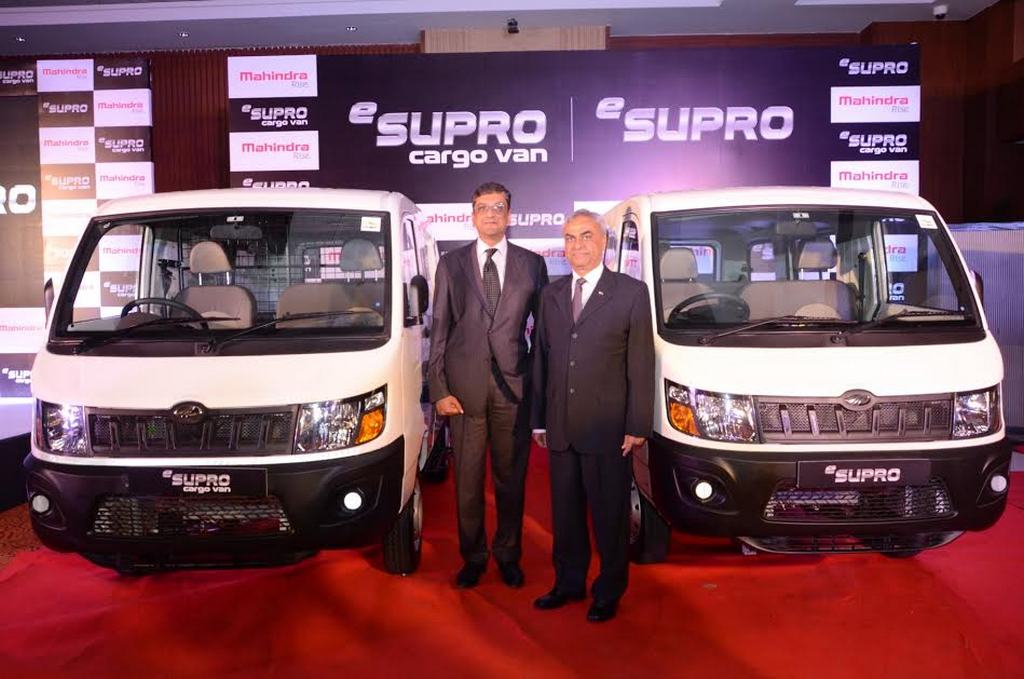 Mahindra & Mahindra Ltd announced the launch of eSupro, the country’s first all-electric cargo and passenger vans. Driving Mahindra’s vision of future mobility in commercial vehicles, the eSupro platform commences a whole new technology in the domestic market. More appealing to the B2B and e-commerce segment, it would be available across Mahindra’s authorised dealerships pan India with immediate effect.

The eSupro cargo van and eSupro passenger van are priced at Rs. 8.45 lakh and Rs. 8.75 lakh (ex-showroom Delhi, post state subsidy and FAME incentive) respectively. The launch of eSupro is believed to usher in a whole new concept in zero-free cargo transportation and people movement. It is claimed to address the increasing carbon footprint and reduce dependence on fossil fuels on par with foreign counterparts. Due to the range of commercial applications and last mile connectivity, the eSupro platform is suited for deployment in e-commerce, courier services and transportation companies for intra city use said Arvind Mathew, Chief Executive Officer of Mahindra Electric. Both the eSupro cargo and passenger vans have a claimed range of 112 km (depending on vehicle load) on a full charge. They can achieve a top speed of 60 kmph.

The new eco-friendly platform is powered by the latest electric drivetrain from Mahindra Electric. Power of 33.52 horsepower and 90 Nm of peak torque are developed from a high-torque electric motor and a direct drive transmission with a single speed gearbox and sophisticated speed management. The eSupro platform comprising of eSupro cargo van and eSupro passenger van joins the growing range of electric vehicles from Mahindra & Mahindra such as the e2o small car and eVerito compact sedan. Charging the eSupro is made easy as all you need to do is plug it into a 15amp plug point and get a fully charged from zero in just 8 hours 45 minutes.