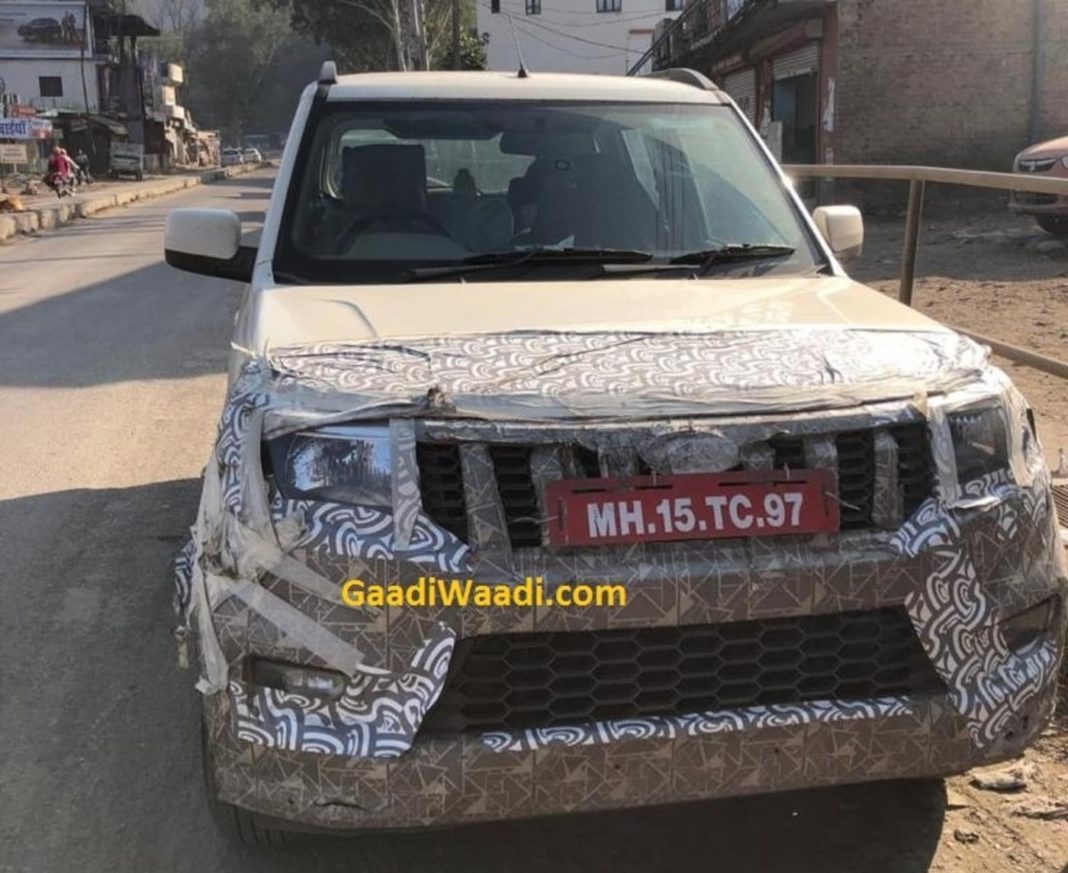 The upcoming Mahindra Bolero Neo is expected to be powered by a 1.5-litre turbo-diesel engine, with 100 PS and 240 Nm on tap

Mahindra & Mahindra has a lot of vehicle launches lined up for the Indian market, including the new-generation versions of the XUV500 and Scorpio. Apart from that, the TUV300 facelift is also in the pipeline, which will be rebranded as the ‘Bolero Neo’ when it launches. The Bolero Neo was spied again recently, with only partial camouflage over its body.

In terms of design, the upcoming Bolero Neo sports a few changes over the previous TUV300, like a redesigned front grille, a new front bumper, and sleeker headlamps. The rest of the design seems unaltered though, including the boxy silhouette, the square-ish wheel arches, and side-hinged tailgate. The ladder-frame chassis will remain unchanged as well.

The SUV also gets side steps, rear step, roof rails, roof-mounted rear spoiler, and a tailgate-mounted spare wheel. This particular model had steel wheels on, and it didn’t sport LED headlights or LED taillights. Also, the Bolero Neo will likely be available in a 7-seat configuration, just like the Bolero (and the TUV300). Interestingly, thanks to a well-timed gust of wind, we see that this test mule still carries the old TUV300 badge on the tailgate. 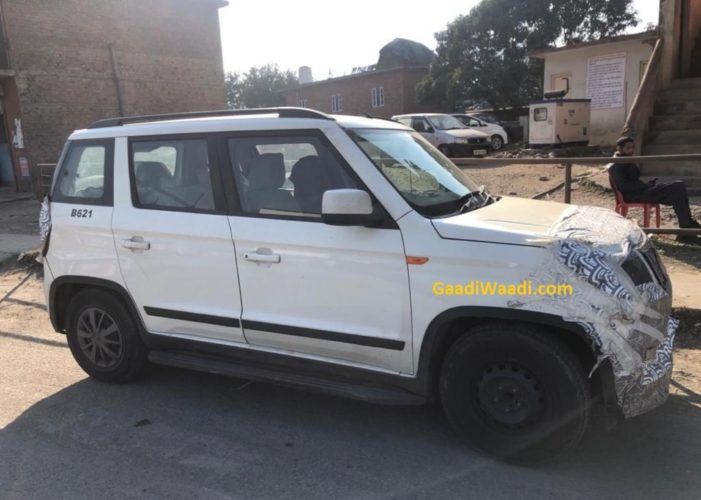 The Bolero Neo will likely be powered by the same 1.5-litre, turbocharged, inline-3 diesel engine as the now-discontinued TUV300. This motor was capable of generating 100 PS and 240 Nm, and came paired with a 5-speed manual gearbox. A 5-speed AMT might be offered as an option on the upcoming SUV. 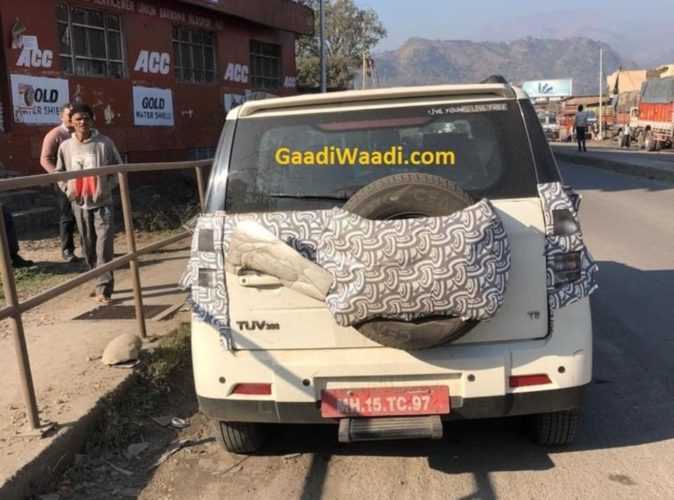 As per speculations, Mahindra Bolero Neo will likely launch in the coming months, and will be sold alongside the Bolero in India. We expect it to have a starting price of around Rs. 9 lakh (ex-showroom), and upon arrival, it will be offered as a rugged alternative to the current crop of sub-4-metre SUVs, like the Kia Sonet, Maruti Vitara Brezza, Nissan Magnite, Renault Kiger, etc.