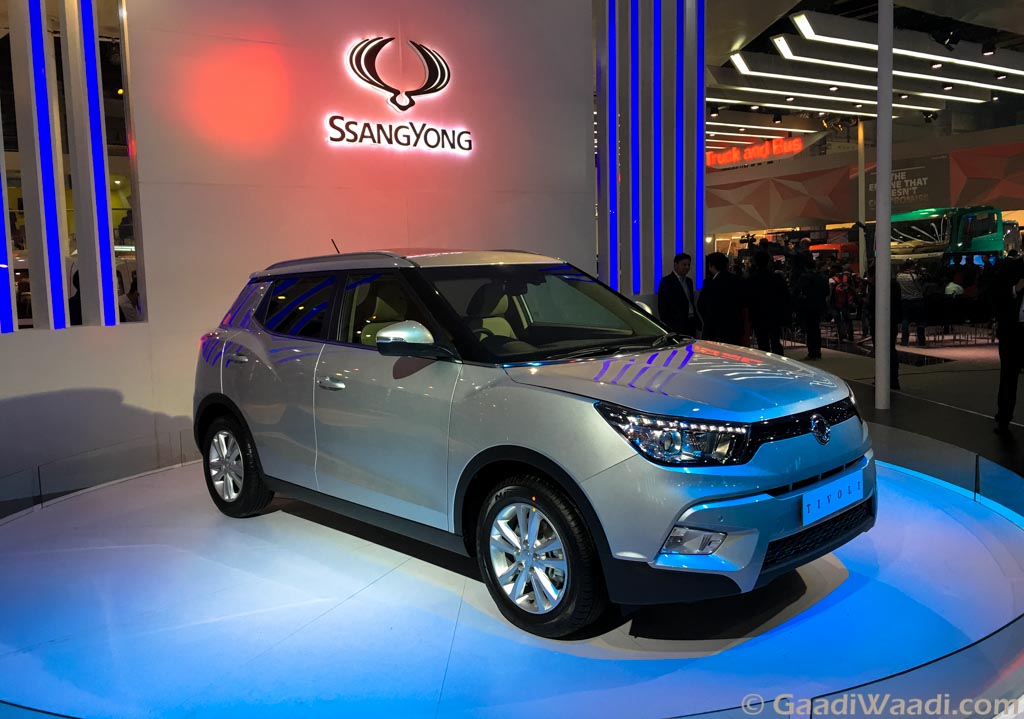 Mahindra and its subsidiary Ssangyong is working on a new range of petrol engines, which will be fitted in the upcoming new Mahindra cars. Also, two automakers are jointly working on two all new vehicle architectures as well, among which one is based on the Ssangyong Tivoli platform.

Mahindra has always been relied on diesel engines, but in India anti-diesel vibe in recent times is growing rapidly. This is why; the automaker is shifting its focus on petrol engines, and working on the development of new range of petrol engines as well. With the new engines and new vehicle architectures the Mahindra will be able to cater different markets and segments. Also, working jointly with Ssangyong on these new engines and vehicle architectures will reduce both the company’s production costs as well. Among the two new vehicles, one will be positioned in the highly competitive and popular sub-4 meter compact SUV segment in India. While the other one will be Mahindra’s flagship model once launched, and it is likely to be a 7-seater SUV. This flagship Mahindra SUV will compete against Toyota Fortuner in Indian market. At Paris Motor Show Ssangyong’s Chief Executive Officer Johng-Sik Choi has revealed, about the development of the new engines and vehicle architectures.

Mahindra is known as the SUV maker of India, and the automaker has a range of SUV’s in its stable. In recent times, diesel-ban in Delhi-NCR affected Mahindra’s sales heavily. The company even introduced 1.99-litre diesel engines to the models like Mahindra Scorpio and Mahindra XUV500. Apart from that, Mahindra is also planning to introduce petrol engines in its cars in future. Meanwhile, talking about Ssangyong, Chief Executive Officer of the South Korean automaker Mr. Johng-Sik Choi has said, the company is about to see profit in 2016, which is going to be the first time after Mahindra acquired it. He stated that, the company is seeing a steady growth in recent past. He also pointed that; Ssangyong will invest its own resources to develop products from now on, instead of depending on Mahindra.