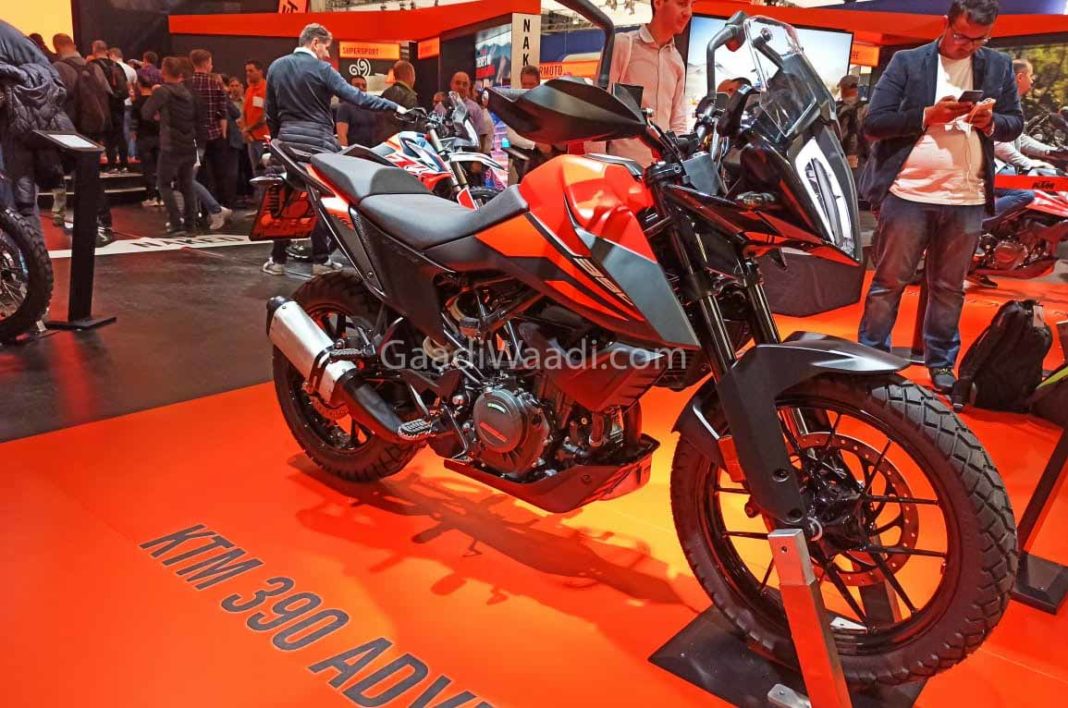 The idea of dual-purpose adventure tourers is just catching on with the Indian motorcycling enthusiasts as more new models are being explored and some are already there in the market for people to buy like the Royal Enfield Himalayan and Hero XPulse 200. KTM’s 390 platform has two motorcycles, the Duke and RC, pertaining to different set of customers.

When the BMW G310GS arrived at a rather premium price tag, the expectancy on an Adv based on the 390 platform only skyrocketed as the Duke 390 and RC 390 are already known for their performance, packed features and aggressive styling at a luring price range. After seemingly years of testing, KTM has finally lifted the covers off the 390 Adventure. 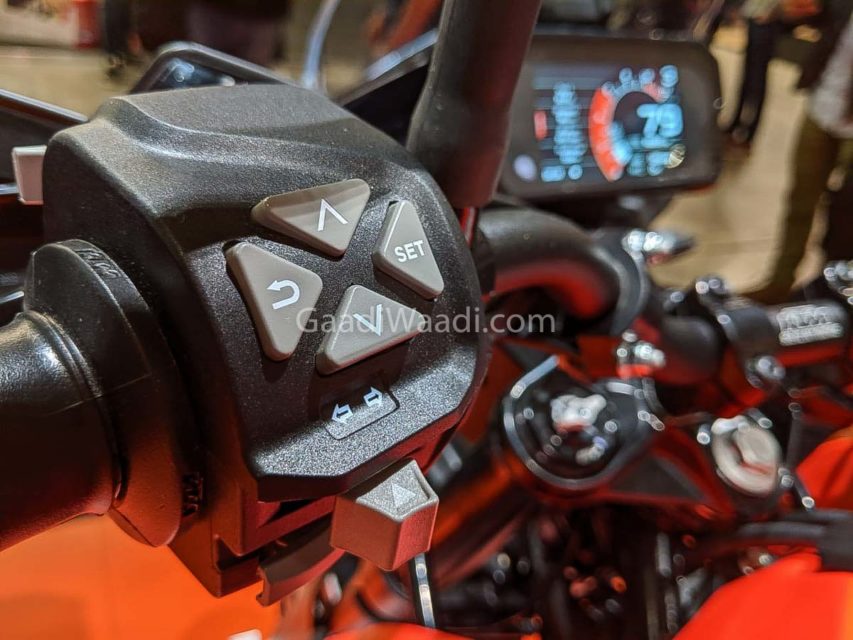 KTM’s EICMA stage is dominated by several high-end motorcycles including the flagship naked, the 1290 Super Duke R, but the 390 Adventure is certainly grabbing the eyeballs for all the right reasons. It takes power from the same 373 cc, liquid-cooled, single-cylinder, fuel-injected powertrain used on the Duke 390.

The Euro 5/BS6 compliant engine produces 44 horsepower maximum power at 9,000 rpm and 37 Nm of peak torque delivered at 7,250 rpm, with obvious gearing changes in the six-speed transmission for offering better low- and mid-range. The KTM 390 Adventure will be manufactured at Bajaj’s Chakan plant near Pune.

The styling sticks by the Duke range with split LED headlamps and body panels carried over from the Duke 390. The rear end looks edgy and goes in line with the sharp facade the 390 Adventure boasts. The A2 compatible machine has high seat height of 858 mm and handlebar positioning appear to suit the customers wanting to go off-roading. 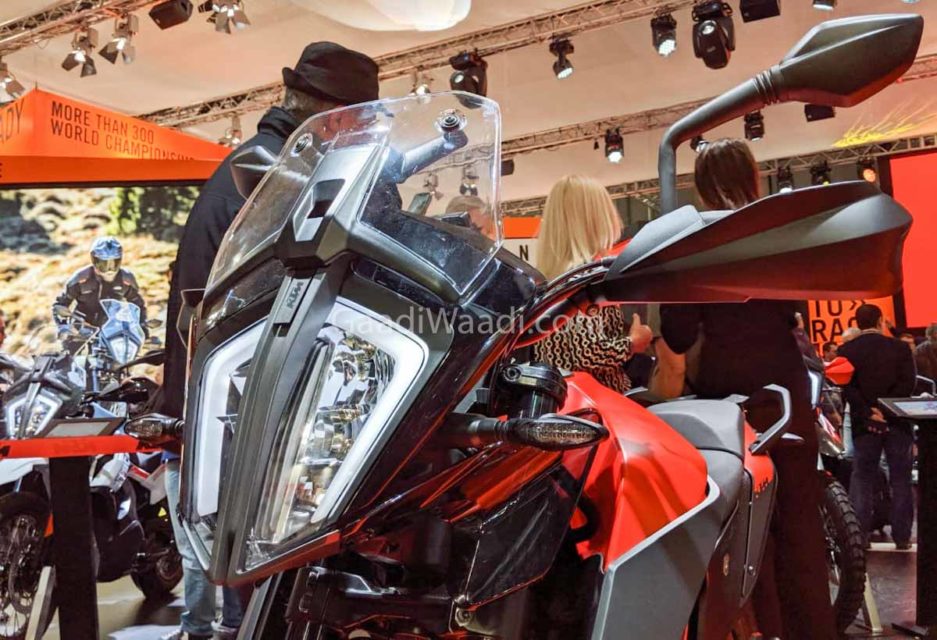 Since it is a dual-purpose motorcycle, the lightness will come into play while manoeuvring through regular traffic scenarios. It comes with features such as dual ABS system, disc brakes on both ends, long-travel suspension setup, USD front forks, pre-load adjustable monoshock rear, 19-inch front and 17-inch rear wheels, TFT instrumentation with smartphone connectivity option and so on. 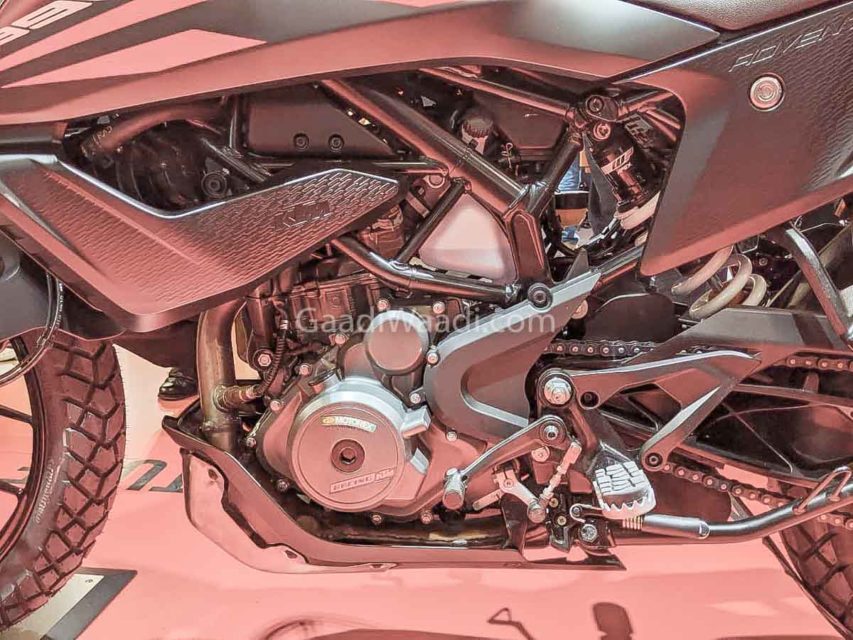 It is expected to make domestic debut at the upcoming India Bike Week in Goa on December 6 before entering the market in the early parts of next year. It will more likely be priced close to Rs. 3 lakh (ex-showroom) and should offer better value-for-money than its competitors such as the Kawasaki Versys X-300 and BMW G310GS.