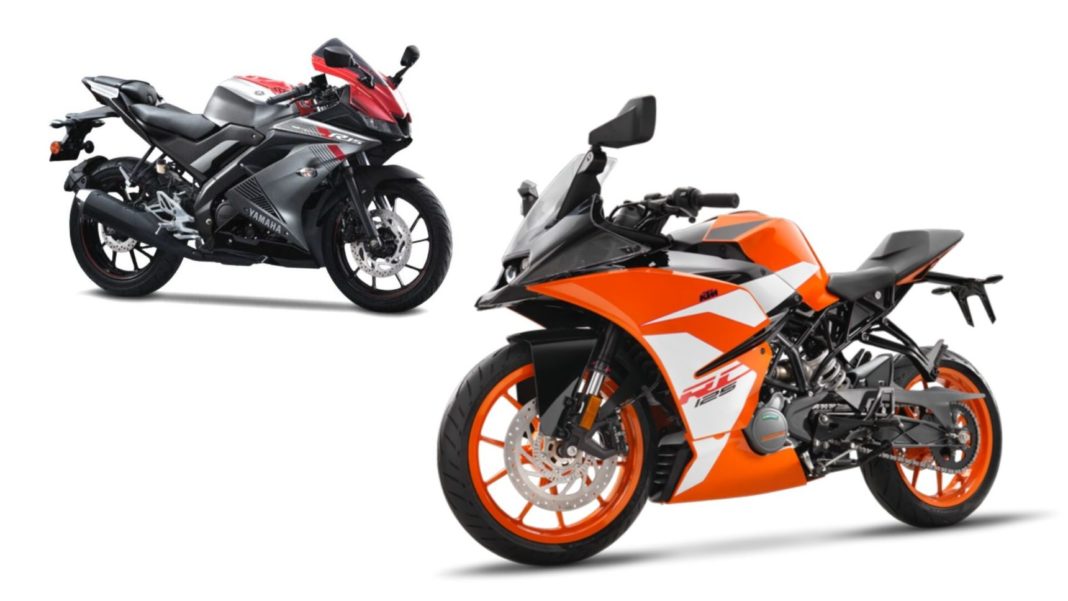 KTM recently launched the RC 125 in India. The motorcycle is positioned between the entry-level Duke 125 and the Duke 200. The RC 125 is cheaper than the Duke 200 and rivals directly against the likes of the Yamaha YZF-R15 V3.0. Both the faired sportsbike offers a lot of premium features.

We have compared the KTM RC 125 and the Yamaha YZF-R15 V3.0 on the basis of their styling, engine, suspension, brakes, and pricing here. We have also added our verdict at the end which will help you decide which is better motorcycle amongst the duo:

The KTM RC 125 is based on the Duke 125 and it shares most of its mechanical components with the naked offering. If we talk about its styling, in particular, the motorcycle looks identical to the RC 200 that is already available in India. The front fairing design is also similar to the bigger RC motorcycles available in the country. 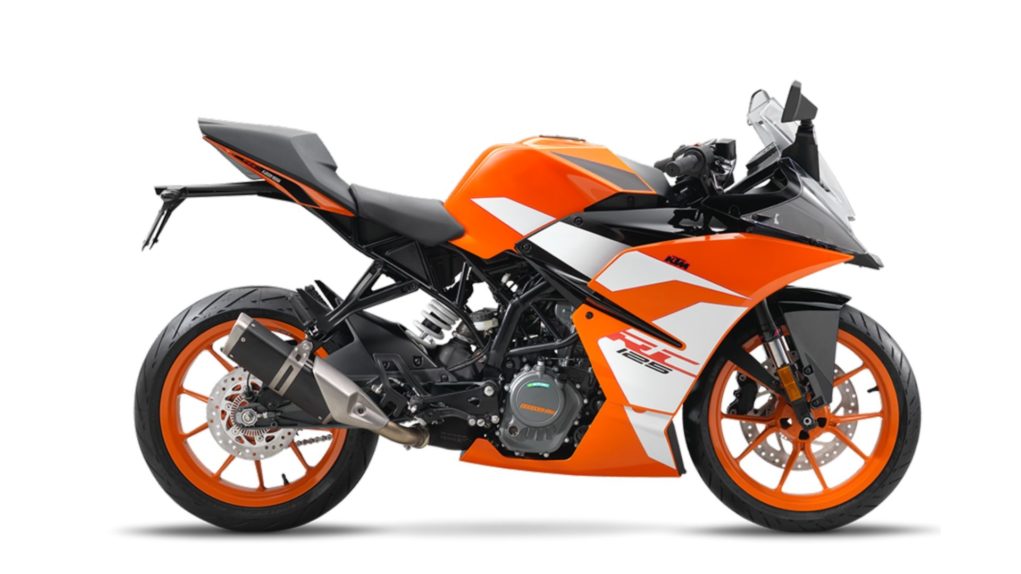 It also shares the mandatory bits like the saree guard, wheels, tyres and footpeg with the 125 Duke. The supersport motorcycle features an underbelly exhaust system, new orange shade on the fuel tank as well. The motorcycle also gets a lowered set clip-on handlebars and slightly rear footpeg than the Duke 125.

We all are quite familiar with its closest rival the Yamaha YZF-R15 V3.0. The motorcycle too features a sharp-looking front fairing with full LED headlamps. The fuel tank design has been inspired by the bigger R1 while the raised rear profile helps in adding a sporty overall appeal to the motorcycle. 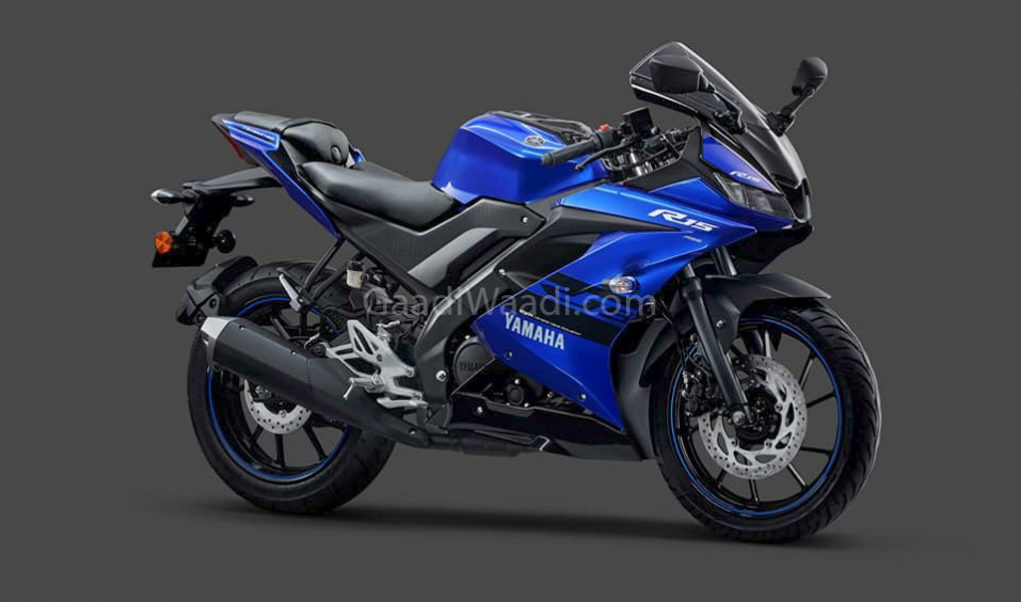 The R15 too gets clip-on handlebars and a slightly rear set foot pegs. Both the motorcycles get an all-digital instrument cluster that offers plenty of information to the rider including speed, odometer, tachometer, fuel gauge, clock and gear position indicator.

Its closest rival, the Yamaha R15 V3.0, on the other hand, is powered by a bigger and slightly better spec 155cc, single-cylinder, liquid-cooled, unit. This unit features a VVA (Variable Valve Actuation) technology and comes equipped with a slipper clutch as standard as well. The unit paired with a 6-speed gearbox produces about 19bhp of peak power at 10,000rpm and 14.7Nm of peak torque at 8,500rpm. 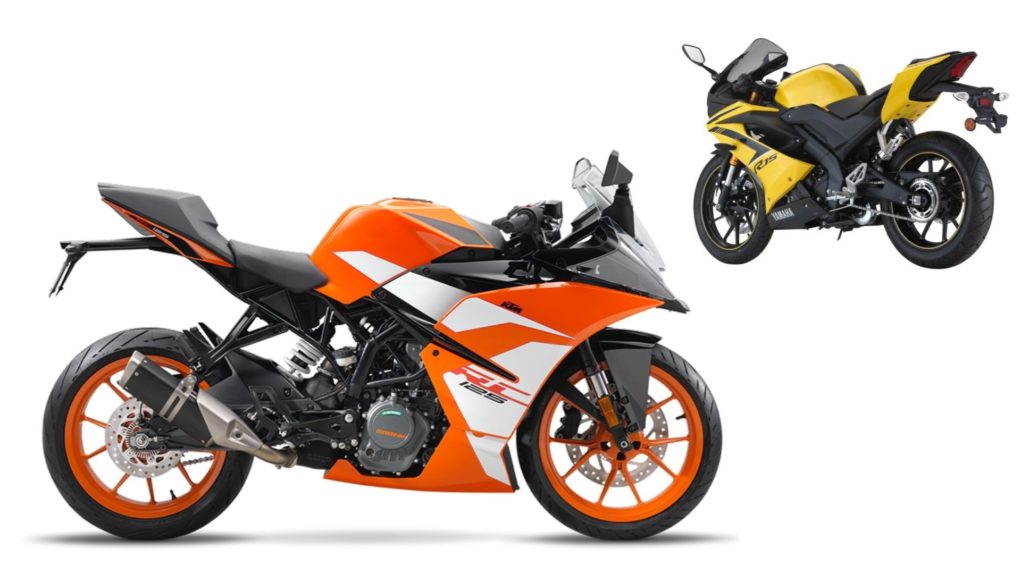 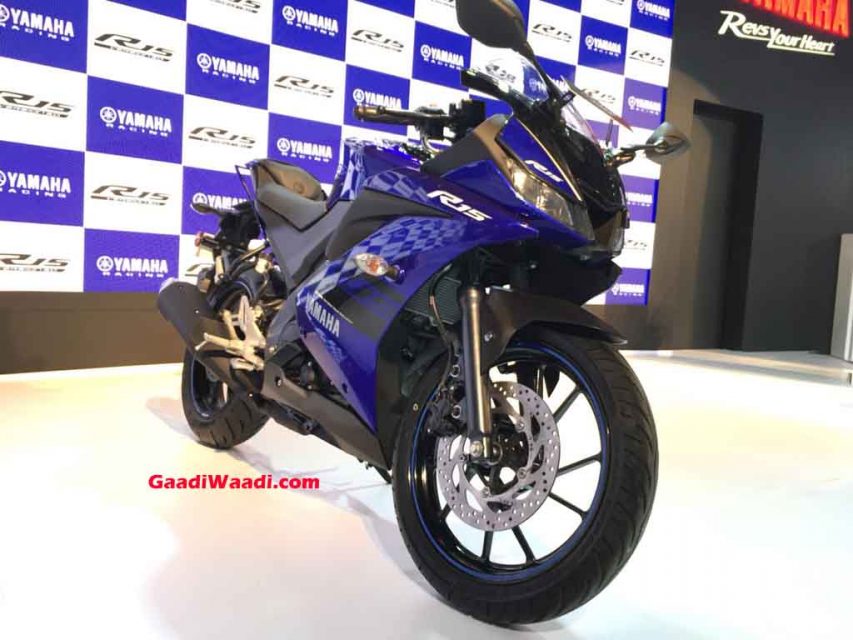 If we compare both the motorcycles on the basis of their styling then the RC 125 definitely looks more aggressive and sporty than its rival the YZF-R15 v3.0. If we talk about features then the R15 gets an inverted colour LCD display, the RC125 on the other hand, shares its instrument cluster with the Duke 125. 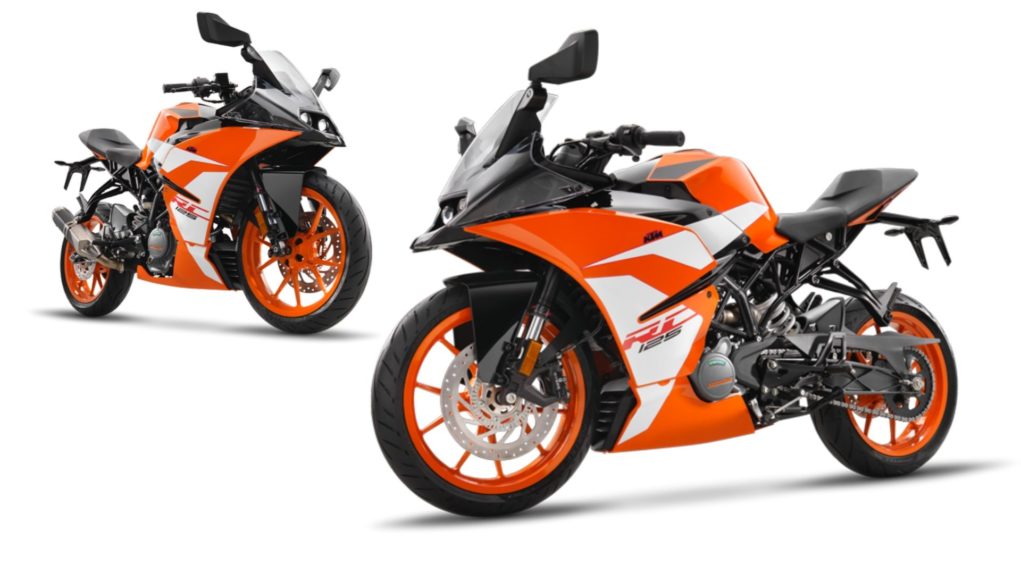 The instrument cluster gets an orange display but provides plenty of information to the rider and an additional temperature gauge. If we talk about their engine, the R15 obviously has a bigger displacement and also produces more power and torque than its rival but the RC125 IS definitely the most powerful 125 cc faired motorcycle available in the country. If you’re after pure performance, the KTM RC 125 should be the choice and if you want more practicality as well as riding fun, the R15 V3.0 is the right one for you.