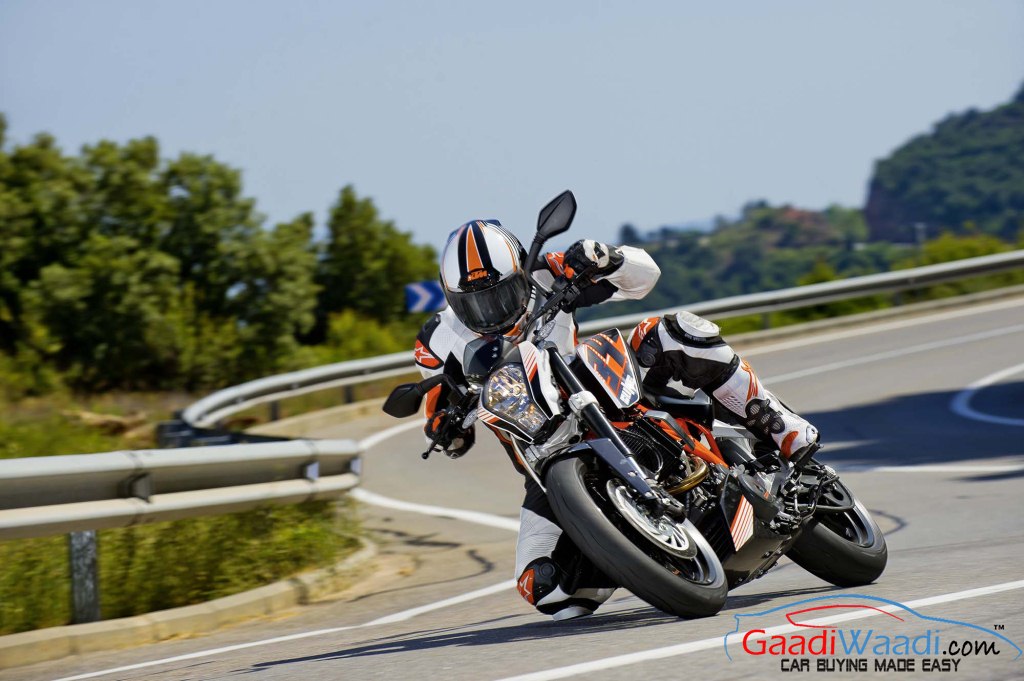 KTM Duke 390 Radiator Fan Conks Off, we get the upgraded fan from the 2015 model which fits perfectly and contradicts many statements

Our long term KTM Duke 390 as always is a complete riot to ride and is providing us with a lot of fun while all sorts of commute, not the most comfortable, but something that makes you grin like a 10-year old under the helmet. So while it is machine, it has been throwing some tantrums a bit. The only problem despite regular service that keeps all wear and tear in check is the radiator fan since the beginning of the term.

The fan, which came from the factory was found working very slowly and not cooling the engine properly in traffic situations. Usually where the heat of the engine can actually raise the coolant temperature and make the bike stand still as it shuts down for safety reasons. So once this fan was replaced it wasn’t a problem anymore, but the heat continued to be a problem until unless KTM decided to solve this problem by offering a new shroud attached radiator fan, which redirects the air behind your legs and your calfs and thighs are left all alone and are not being cooked like turkey on thanks giving day.

So the KTM Duke 390 Radiator Fan conked off again completely, this time and we were given the upgraded fan, which came with shrouds, which, according many service stations just wouldn’t fit when we voluntarily wanted to replace it. As it turns out we as the customer and enthusiast was spot on and it fits like a glove. The older fans were made by Minda and the new fans are made by Kinetic, both Pune based manufacturers. So how does it fare? It works wonders. The word heat should be now replaced with warm. Pretty similar to the Ninja 300 in the way the air is redirected and very minimum warm air now transferred to the calfs. We tested this in a 100 plus kilometer intercity run to make sure this new thing is upto the mark and did not disappoint. Good news for people who use their 390 in every situation such as highway and city and roaming around town just become easier. 2015 KTM Duke is clearly aces over the 2013 and 2014 models as it gets a feather light clutch thanks to addition slipper clutch along with reduced vibrations and this new shroud fan assembly which dissipates heat well.

There still is one minor problem with this new fan and that is, it is quite loud when it starts spinning. We recommend getting this upgrade done as it isn’t at least a problem to fit it. The part cost is around Rs. 1200 mark.