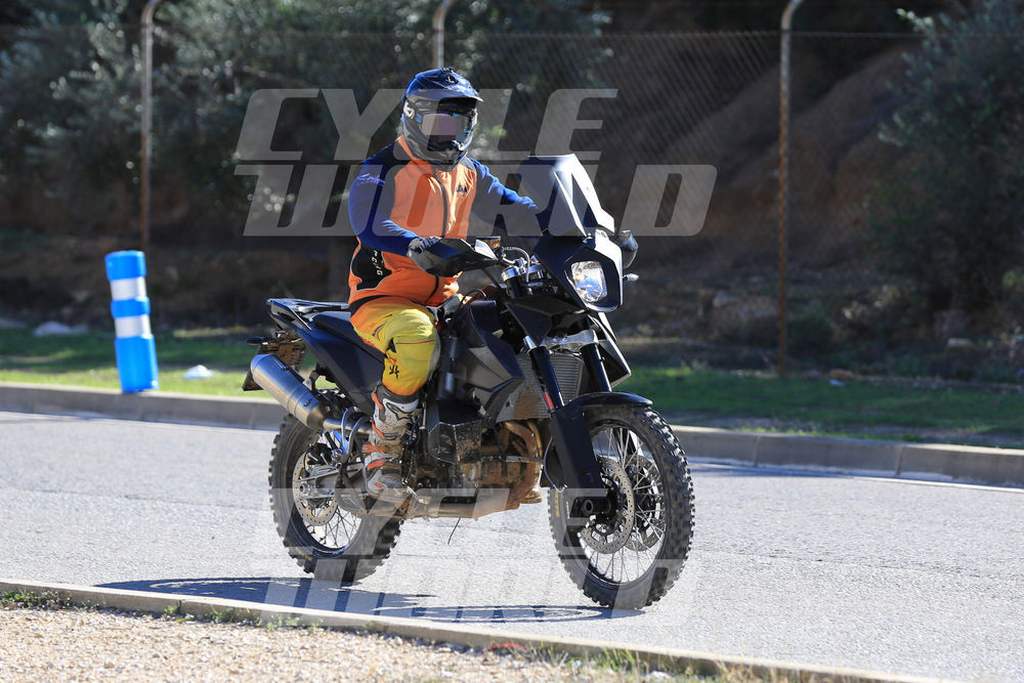 KTM has the reputation of building large capacity motorcycles and make them a success and now there’s a new kid in the block in the 800 cc category. It will go up against rivals such as Honda Africa Twin, BMW F800 GS and Triumph Tiger 800 XC in the adventure class and is expected to be unveiled sometime towards the end of next year.

Courtesy of Cycleworld, the spy pictures of the 800cc ADV motorcycle were captured in Spain doing on and off-road testing. The bike will be powered by a new 800 cc parallel-twin engine. The new adventure model is part of the Austrian manufacturer’s plans to fill up the left out segments where it doesn’t currently present. The company has invested huge money into making a range of 800 cc bikes as the new platform and engine will be utilised for a variety of its own models and Husqvarna’s which was bought out from BMW several years ago. The latter not only use the 800 cc underpinnings but from entry-level segments to the large capacity divisions Husqvarna will heavily rely on its respective KTM siblings.

It is more likely not to dig a deep hole in the pocket and will be less intimidating than the one litre range of KTM motorcycles. Being an adventure motorcycle, KTM will test it to tackle all surface and weather conditions, mainly the off-roading capabilities should be tuned to excel above the likes of new Honda Africa Twin, Triumph 800 range and the BMW F800GS. The spy pictures do reveal many production ready bits fuelling a speculation that KTM might launch it sooner than expected. It will feature plenty of new elements like the subframe, fuel tank (main and auxiliary), chassis and swingarm from 1190 ADV besides a new design language inspired to go rallying. The new spyshots also suggest KTM has substantially evolved the model into production form with sleek headlight, raised exhaust, striking yet cleaner side profile, etc.

The Honda Africa Twin was reported to launch in India by mid next year with a DCT six-speed automatic gearbox and its response in the domestic market could trigger KTM’s 800 cc adventure bike to arrive for the domestic market. With Bajaj’s expertise, it could be priced very aggressively and has all signs to be a huge hit.