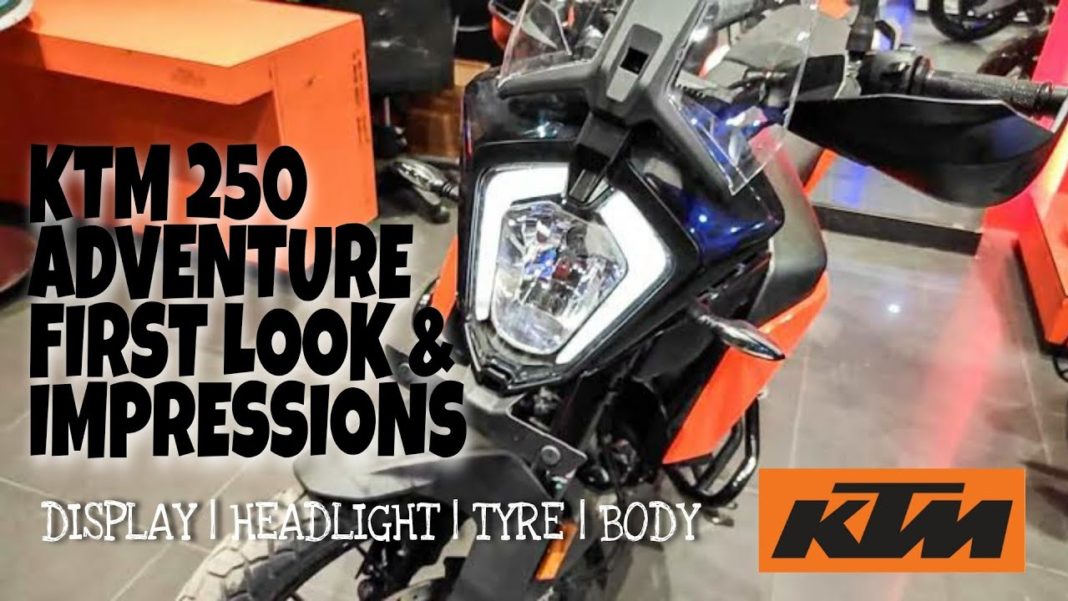 The KTM 250 Adventure is expected to be priced around the Rs 2.4 lakh (ex-showroom) mark, which will help attract more buyers than the 390 Adventure already does

KTM entered the adventure touring segment in the Indian market by launching the 390 Adventure motorcycle at the beginning of this year. Now, the Austrian two-wheeler manufacturer is working on expanding its Adv line-up, and the 390 ADV will soon be joined by a younger sibling – the 250 Adventure.

Select KTM dealerships across the country have started taking bookings for the upcoming motorcycle for a minimum token amount of Rs 1,000 which is refundable. Ahead of the bike’s launch, the 250 Adventure has already started arriving at showrooms, and a Youtuber has uploaded a complete walkaround video of the upcoming bike on his channel.

Talking about its design, the KTM 250 Adventure shares much of its design and styling with its elder sibling, the 390 Adventure. Hence, it gets a sleek headlamp, a sculpted fuel tank, knobby tyres, a short tail and an upswept exhaust. Take a look at this walkaround video of the bike –

As seen in the video, the 250 Adventure will be equipped with a black and white digital instrument cluster with Bluetooth connectivity. As compared to its sibling, it will miss out on some features like traction control system, off-road ABS, riding modes, and ride-by-wire technology. Apart from that, KTM will also equip it with a halogen headlamp, unlike the LED unit seen on the 390 Adventure, in order to keep the price in check.

Powering the adventure touring motorcycle will be the same 249 cc, single cylinder, liquid cooled engine as the 250 Duke. The engine belts out 29.6 bhp of max power at 9000 rpm and 24 Nm of peak torque at 7500 rpm, and is mated to a 6-speed transmission This is mated to a 6-speed gearbox.

The KTM 250 Adventure will sit on a 19-inch wheel up front, along with a 17-inch wheel at the rear. Suspension setup will consist of USD forks at the front, coupled with a rear monoshock. The KTM 250 Adventure is expected to be priced around Rs 2.4 lakh (ex-showroom), and it will go on to rival the likes of Royal Enfield Himalayan.