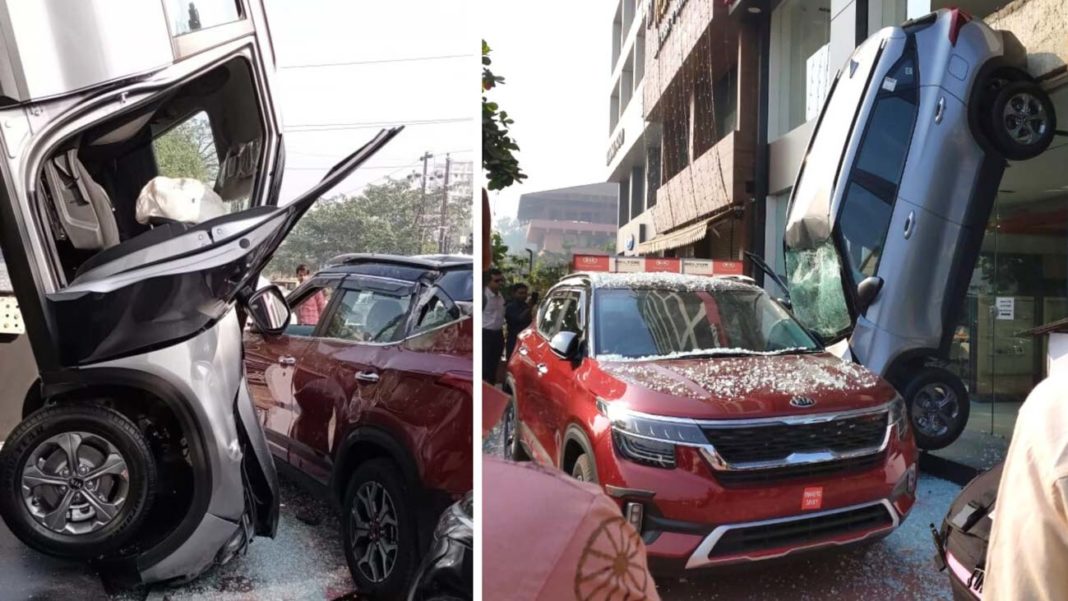 Interestingly, we have seen quite a few cases of cars flying off the dealerships in the last few months. Earlier this year, a video that surfaced Youtube showed a customer of Hyundai, who drove off her Elite i20 from the floorspace, thereby causing damage to the showroom as well as the car. Now, in a new development, something similar has happened at a Kia dealership in Mumbai.

Actually, some photos that have been circulating on the internet show a Kia Seltos that has fallen from the first floor of Panvel-based authorized dealership. It is being said this accident happened as one of the dealership executives tried parking the display unit in place. However, instead of slotting the gearlever into reverse, he mistakenly shifted to forward and ended up driving off the floor space.

To make matters worse, the car hit another Kia Seltos parked outside the dealership. The second vehicle involved in this mishap seems to be a customer vehicle ready for delivery.
As can be seen in the images, the crash is so severe that the driver’s airbag deployed. On the other hand, the red-coloured Seltos suffered from a damaged C-pillar and roof. Also, while this is clear case of negligence by the dealership staff, we’re happy that no one has got seriously hurt. 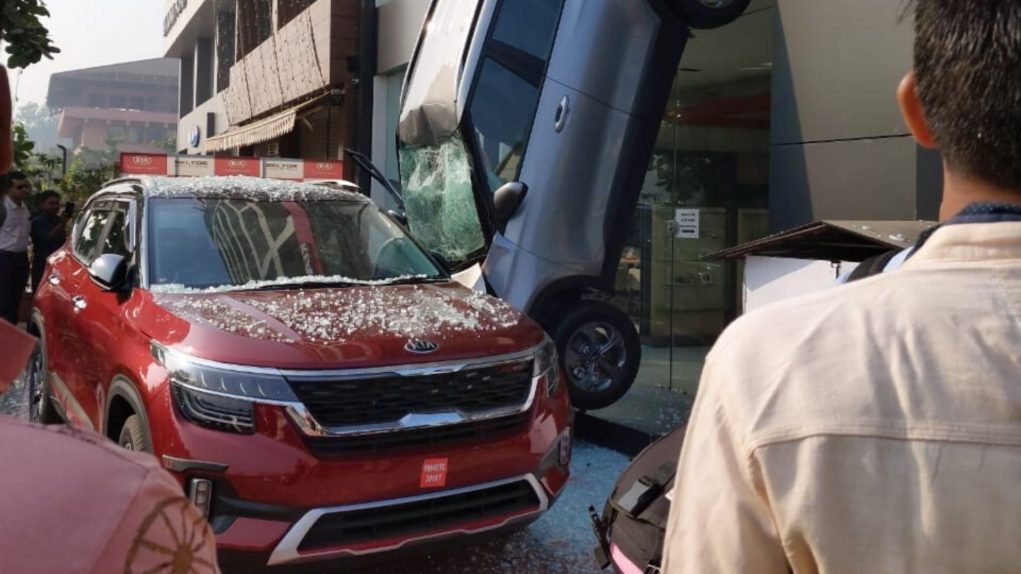 In November 2019, Kia sold as many as 14,055 units, thereby maintaining its status of being the largest selling SUV of the country. Currently, this SUV is available in a price range of Rs 9.69-16.99 lakh (ex-showroom, New Delhi).

However, the carmaker will increase prices from next month. In a circular issued to its dealer partners, Kia Motors India has notified that the current prices were a part of the introductory offer and would see a substantial increase from 1 January 2020. Also, any deliveries that are made post this month would be made as per the revised prices. 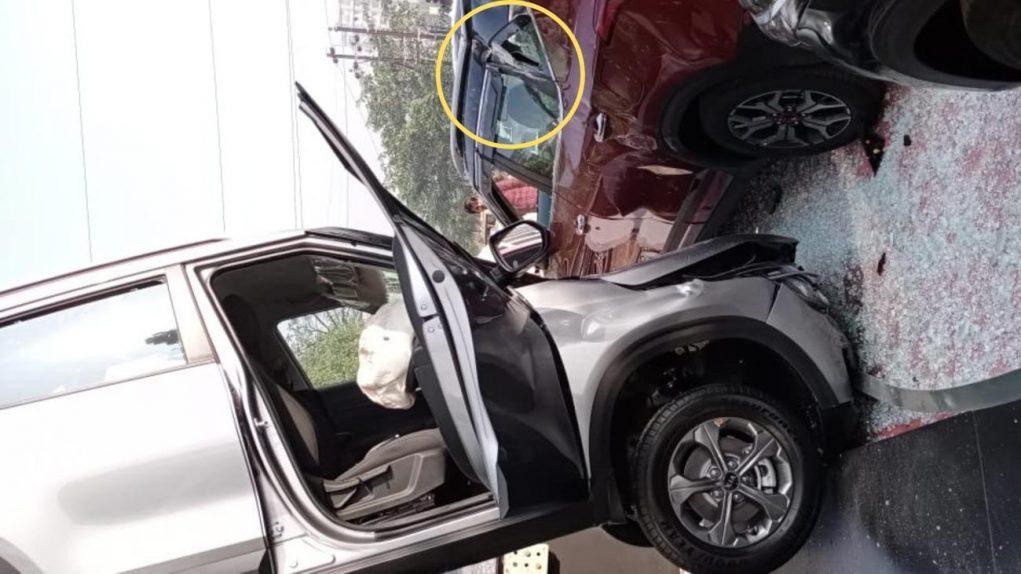