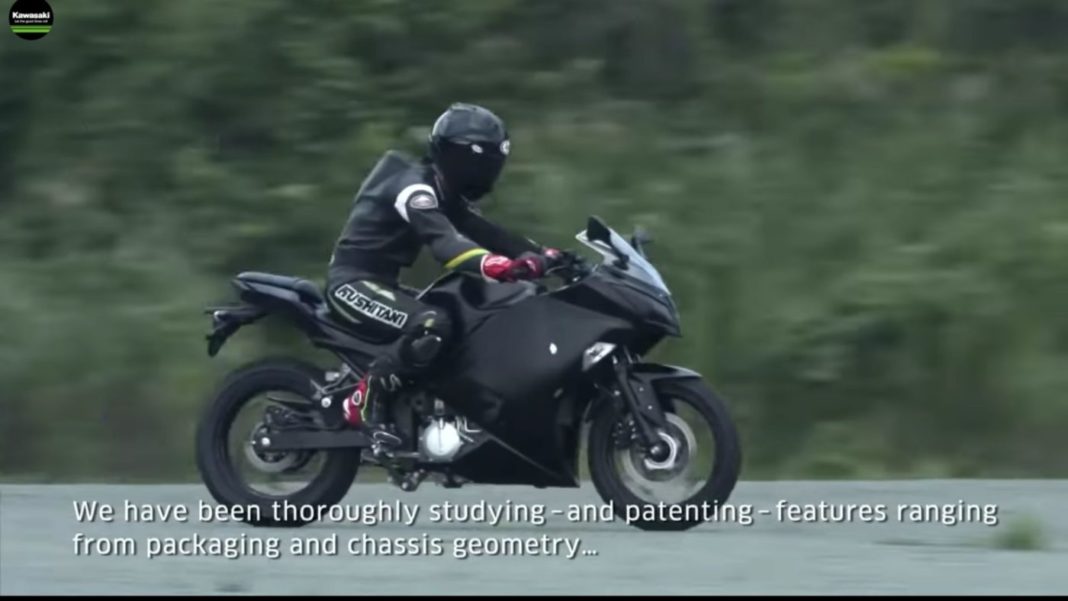 Kawasaki, the renowned Japanese performance bike manufacturer, has revealed a new electric motorcycle concept that seems to carry Ninja-inspired styling elements. From the looks of it, the concept motorcycle, which can be seen clocking some miles on a racetrack, is not too far from its production-ready avatar.

Thanks to the Ninja-inspired design, the front-end of the new electric motorcycle features similar twin-pod headlamps, a stylish full fairing and sharply-styled panels. It may be noted here that the headlamp assembly has been concealed by the tapes that are required to be put on a track-going machine.

The instrument console of this motorcycle is an all-digital LCD unit that is flanked by carbon-fibre twins. Also, akin to the petrol-powered production bikes in the Ninja series, this electric motorcycle concept from Kawasaki gets clip-on handlebars.

However, the panel that takes place of a fuel tank cover in a conventionally-powered motorcycle is much different. On the other hand, the split seat setup and the rear panels bear a strong resemblance with some Ninja-branded products.

Speaking about the electric powertrain of this motorcycle, Yoshimoto Matsuda, Senior Manager, Innovative Department, Research & Development Division, Kawasaki Heavy Industries, said, “The electric motorcycle you see here features one of the next-generation power units that, along with supercharged engines, we have been working on since the early 2000s. 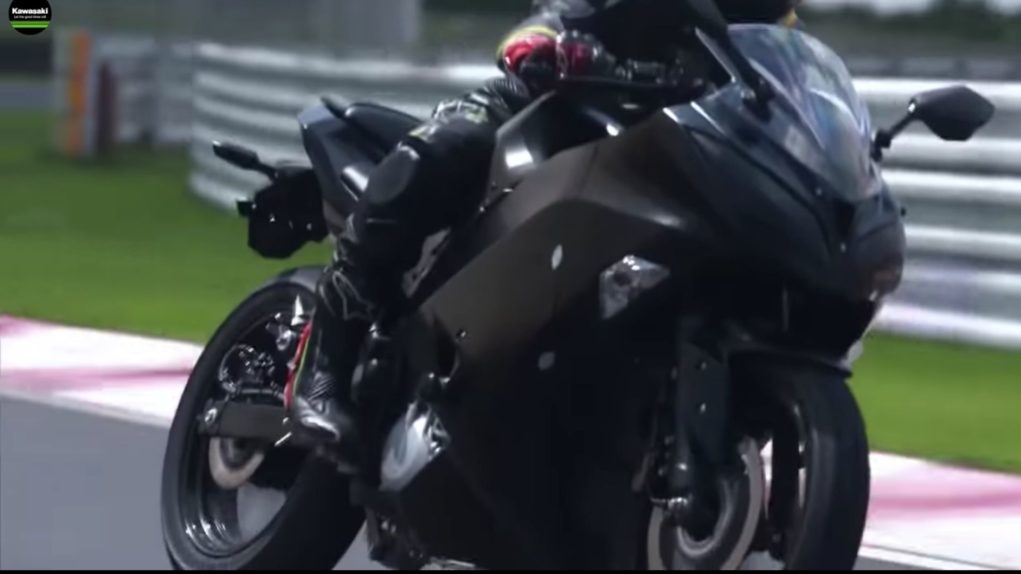 Of course, even our electric motorcycles are developed according to our RIDEOLOGY development philosophy. They will still be fun to control, exciting, and a reflection of Kawasaki’s passion. We have been thoroughly studying and patenting features ranging from packaging and chassis geometry to transmission and thumb brake-activated energy recovery systems.”

Also, the new video confirms that the production version of this electric motorcycle concept from Kawasaki isn’t too far from its market debut. Moreover, Matsuda has confirmed that this concept bike will provide many components that can be seen on the company’s upcoming range of next-generation motorcycles. Elaborating further, he said, “These motorcycles will definitely make you smile. You can look forward to seeing them in the near future.” 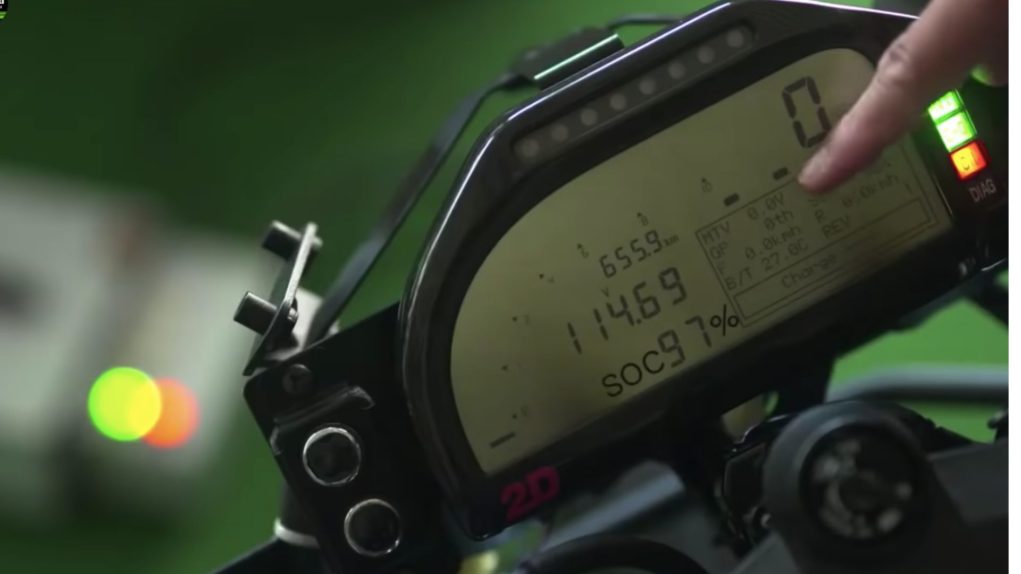 So far, the company has totally refrained from divulging details on the powertrain and battery specifications of its electric motorcycle concept. However, a close look reveals conventional telescopic forks up front, a monoshock at the rear and disc brakes on both wheels.