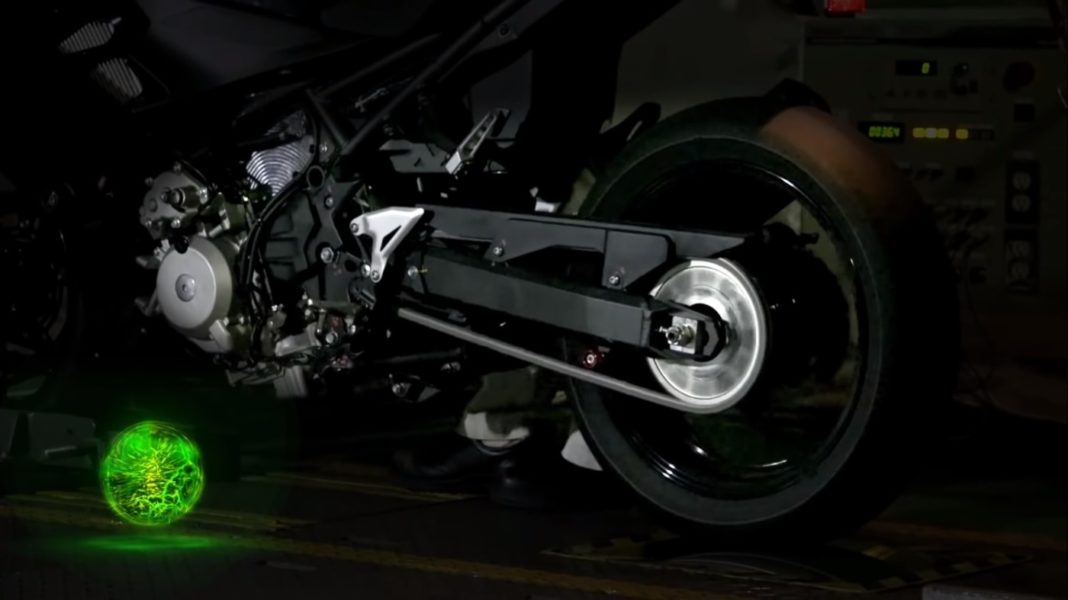 Kawasaki’s petrol-electric hybrid engine seems near-production in this video, and we could see it in action in the near future

While carmakers are busy electrifying their vehicles, motorcycle manufacturers are slowly moving in that direction as well. There are plenty of electric two-wheelers available globally, but their popularity is much lower compared to traditional ICE motorcycles. Also, even though the current emission laws are extremely strict, motorcycles have managed to comply with them without the need for electrification. However, innovation has prompted Kawasaki to develop new hybrid powertrains.

The Japanese two-wheeler manufacturer recently released a short video, titled ‘Kawasaki Rideology meets Hybrid Power’, wherein the motorcycle manufacturer has teased its upcoming hybrid powertrain. Near the end of the video, we see a motorcycle running on a dyno on electricity. The lack of engine noise is a giveaway, but for visual representation, there is an orb with blue lightning, signifying electric power.

As the speed of the motorcycle rises, the petrol engine jumps to life, signified by the lightening in the orb turning green (Kawasaki’s signature colour). The switch from electric to petrol power seems quite smooth, with but a minuscule jerk visible upon close inspection.

The exact specifications of the battery are not known yet, and the company hasn’t stated if this will be a hybrid or plug-in hybrid system. The electric motors will ensure that the motorcycle has a lot of bottom-end torque, while the petrol engine will provide great top-end performance. Theoretically speaking, this seems like a brilliant powertrain, although we’ll have to wait for a real-world test to know for sure.

The video also gives us a brief idea of how the hybrid motorcycle would ideally be used. On the highways, where the average riding speeds are expectedly high, the motorcycle will draw power from the engine, whereas in the city, the battery will be the primary thrust provider. Out on the twisties, the motorcycle will switch between the battery and engine, as per the performance requirements. 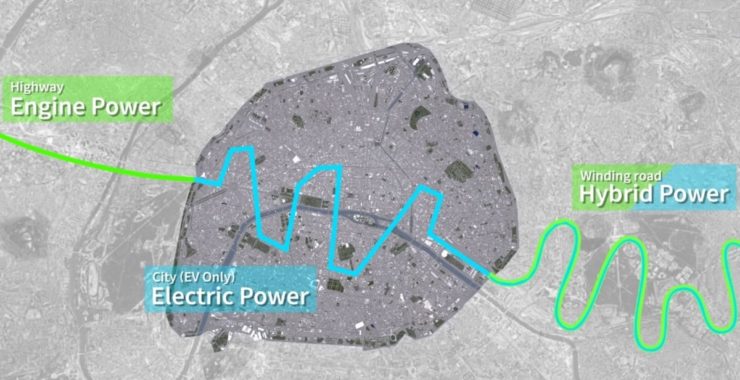 After forced induction (on the supercharged Ninja H2 and Z H2), hybrid powertrain does seem like the logical next step. Interestingly, around the same time last year, Kawasaki had also released a short video showing its Ninja 300-based EV prototype, which also makes a cameo appearance here.