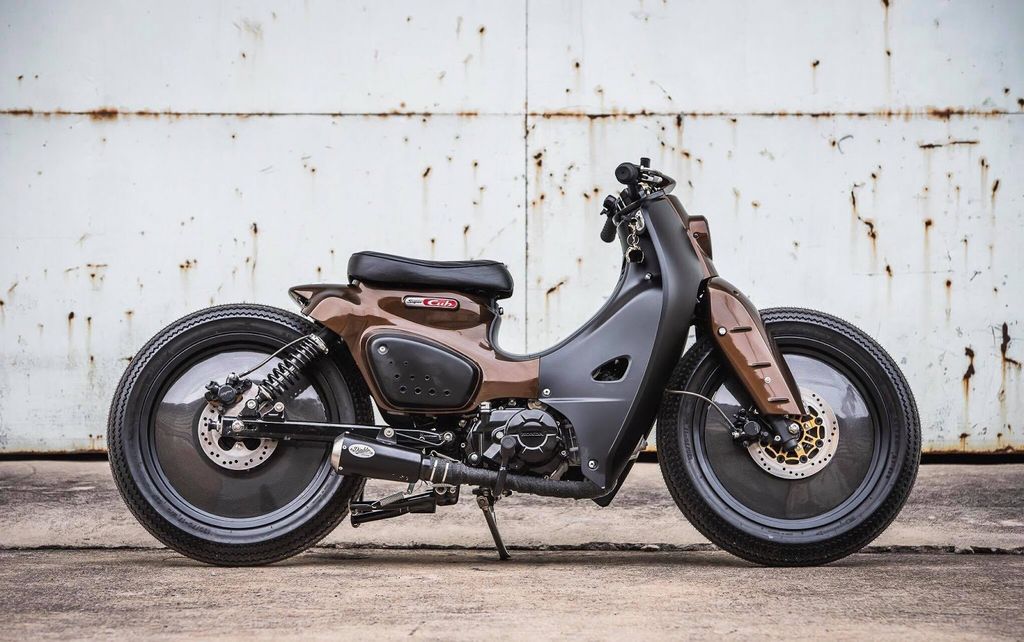 How many of you are aware of the reliable Honda Super Cub? For those of you who don’t know this is a simple and reliable motorcycle from Honda which is mostly sold in the Asian countries but it is also well known across the globe. Honda has sold more than 100 million units of this particular two-wheeler since It was first introduced in the year 1958.

The Super Cub is well known amongst the people for its reliable engine, practicality and its ability to bridge the gap well in between scooters and motorcycles. Recently, Thailand based K-Speed customs have built a wicked version of the Super Cub and christened it the ‘K-Storm’. The K-Storm has been built to pay homage to the original Honda Super Cub.

K-Speed has worked their magic on the stock Super Cub and has transformed it from a humble machine into something which is worth giving a second look. The front profile of the motorcycle has been completely transformed. It now gets a custom made shell which actually covers the front telescopic forks. 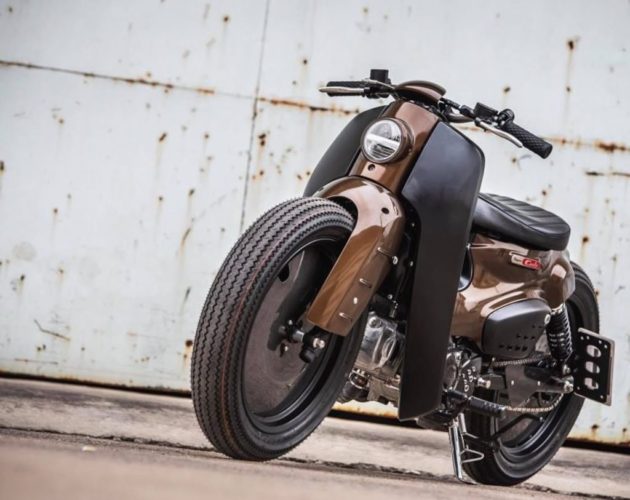 The K-Storm also features a custom wide handlebar as well. The motorcycle has also been fitted with a telescopic fork with shorter travel now, while the custom designed outer shell has helped in giving the front end a more muscular styling. Besides the new body shell, the motorcycle also gets large section tires as well.

The custom Super Cub gets a single seat option which replaces the stock seat. It also gets a side mounted number plate holder and a custom exhaust as well which gels well with its overall café racer theme. The stock spoke wheels of the motorcycle has also been replaced with carbon covers finished in glossy bronze and black paint scheme to compliment the K-Storm’s custom body color. 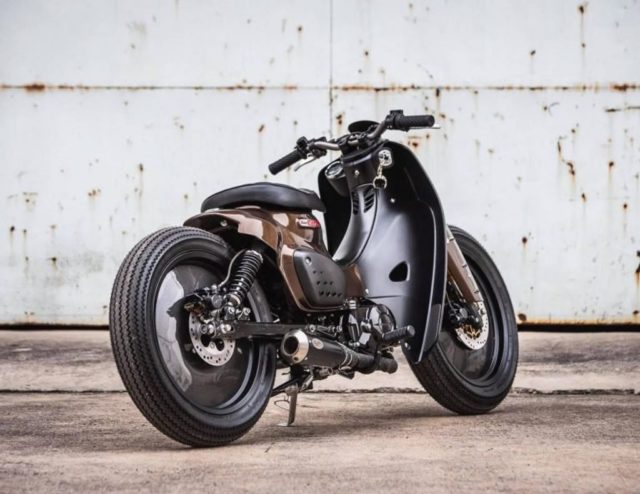 There are no mechanical changes made to the engine and thus it is still powered by the same Super Cub 110’s 109-cc, air-cooled single-cylinder four-stroke engine which is paired with a four-speed transmission. The engine is capable of producing about 8 Hp of peak power and 8.5 Nm of peak torque.