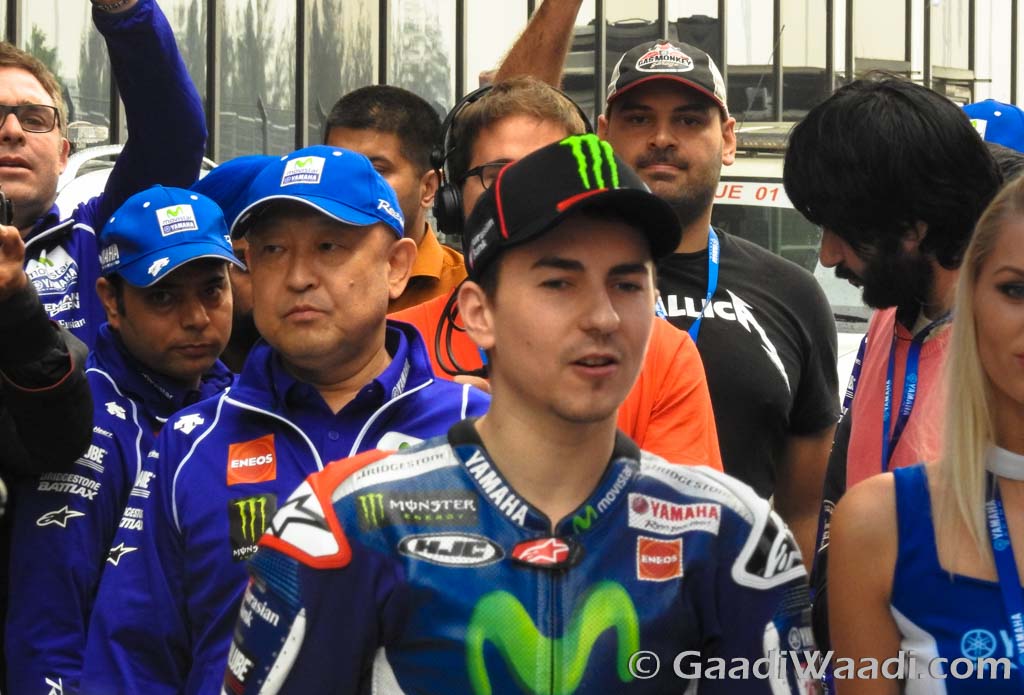 The 2015 MotoGP season will go down as one of the most controversial in motorcycle racing history as Lorenzo’s Yamaha teammate Valentino Rossi was demoted to the back of the grid for the final round in Valencia after stewards ruled him guilty of deliberately pushing Repsol Honda’s Marc Marquez at the penultimate round in Malaysia.

Marc Marquez arguably did the best qualifying lap of his entire career in Valencia to sit on pole and rode brilliantly keeping the Hondas of Marc Marquez and Dani Pedrosa at bay, until the chequered flag to triumph for the third time as MotoGP world champion from 137 race starts. 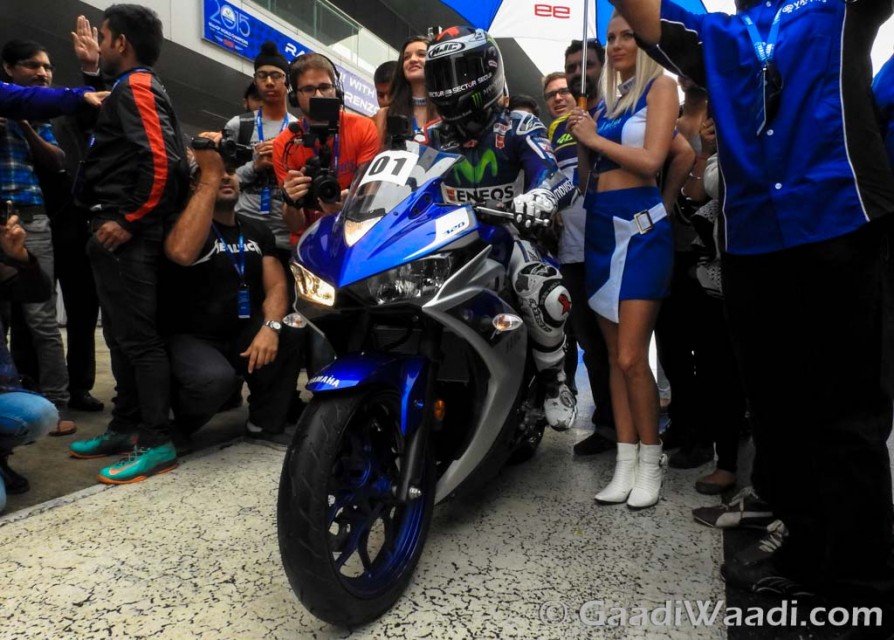 His second ever visit to India was hosted at the Buddh International Circuit today as the Spanish MotoGP ace participated in a glory riding session with thirty lucky YZF-R3 customers around the world-renowned 5.13-km long track. Yamaha did bring Valentino Rossi in at the 2010 Delhi Auto Expo to emphasise its allegiance towards motorsport in the country and the growing popularity of its YZF range of sportbikes. 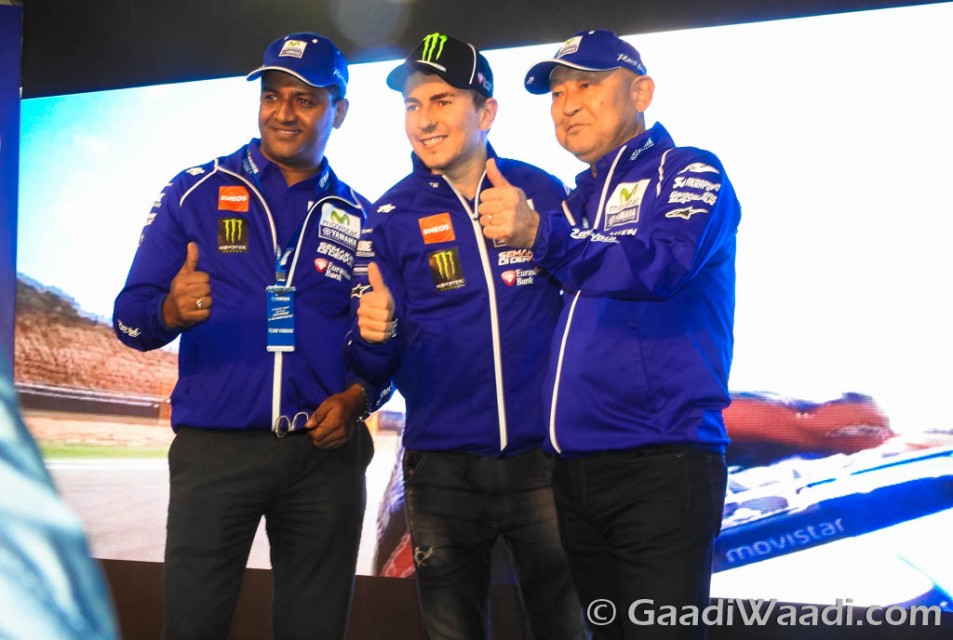 The 28-year-old Jorge Lorenzo from Palma started his journey as Yamaha factory rider since 2008 after winning two consecutive 250cc world championships. Since then, he became MotoGP world champion in 2010 and 2012 let alone in the recently concluded 2015 season with an awe-inspiring 39 premier class victories. 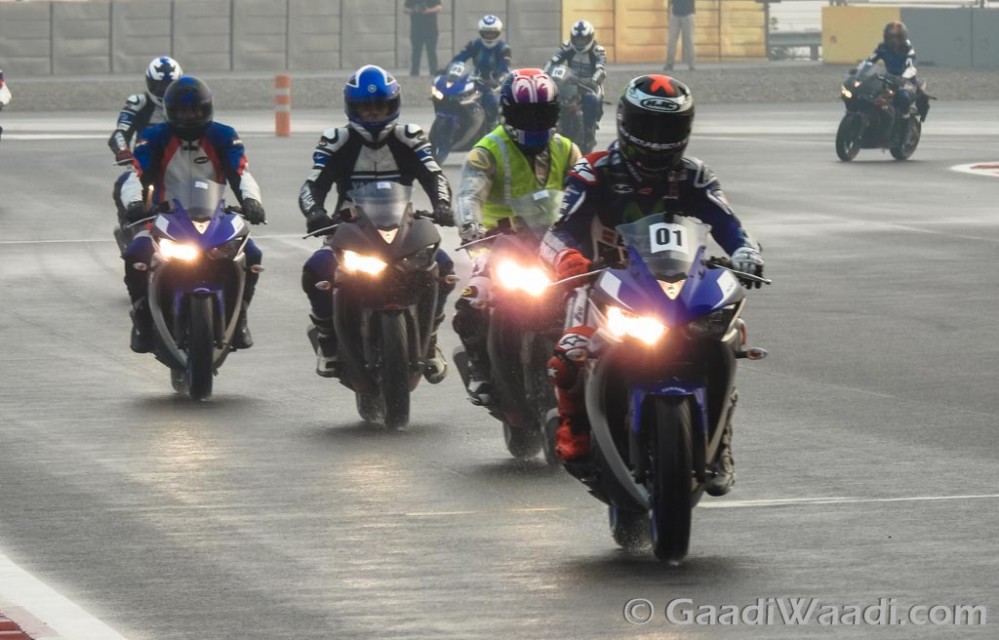 The Spaniard’s visit to India has come on the back of YZF-R3’s recent surge in sales figures in the domestic market. To promote Indian riders, the Japanese manufacturer runs an annual R15 one make championship and Jorge Lorenzo’s appearance at BIC was testament to the commitment Yamaha has put in to endorse motorcycle racing among the youth. 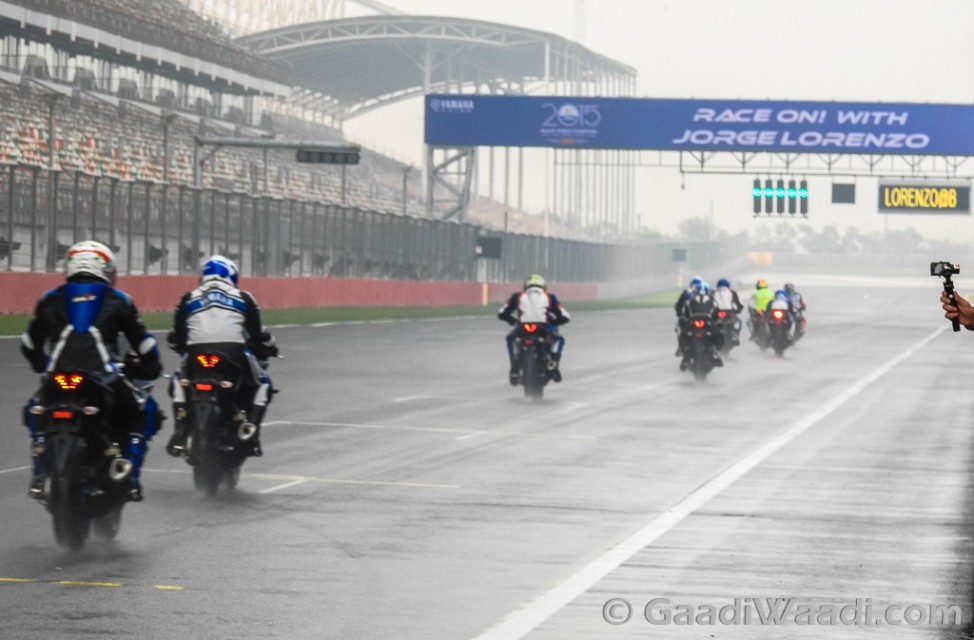